Besides an anniversary, the program gets more rivers and an official "month"

For Virginians, the nation’s increasing environmental awareness in the late 1960s became personal through the Virginia Scenic Rivers Act. Passed by the General Assembly in 1970 – celebrating its 50th anniversary this year – the act designated “Scenic Rivers” as possessing “superior natural and scenic beauty, fish and wildlife, and historic, recreational, geologic, cultural, and other assets.”

Further, the act protects these rivers to ensure their health as well as their ongoing use and enjoyment by people, to future generations. The program is managed by the commonwealth’s Department of Conservation and Recreation in a partnership with citizens and local governments.

The system is currently composed of 33 rivers or sections totaling 860 miles. Designated portions within easy driving distance from Richmond include parts of the Rappahannock, Chickahominy, Appomattox, Rivanna and Rockfish rivers as well as three sections of the James – the Upper James River at the Rockbridge-Amherst-Bedford county line, the Lower James River at the James City-Surry county line, and the Historic Falls of the James in Richmond.

On July 1, six river sections were added to the program.

*Other sections of these rivers were designated in previous years.

“This is an exciting year for the program,” said Lynn Crump, Virginia Scenic Rivers Program coordinator. “Not only have we added over 110 new river miles – more than any other year in the history of the program – but six new segments in one year surpasses what we thought was possible. Through this program, communities are demonstrating the pride they have in their rivers.” 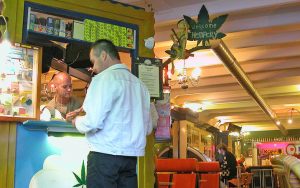 Perspectives on Pot in the Netherlands