Family Finances: Getting Women to Talk About Money 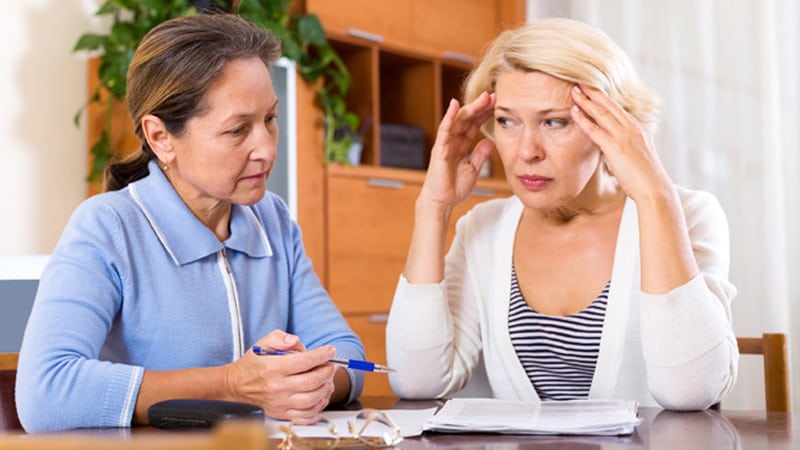 In her biography of Joan Rivers, author Leslie Bennetts describes how stunned Rivers was to discover that her business manager husband had left her millions of dollars in debt when he died. Here was a woman who had built a wildly successful public career, but in her private financial life she apparently inhabited the same “cone of silence” as so many other women. “Women will talk to each other about anything — including their sex lives and marital problems — but there’s a taboo about money,” says Debra Mesch, director of the Women’s Philanthropy Institute at Indiana University.

But, says Annamaria Lusardi, director of the Global Financial Literacy Excellence Center at George Washington University, family and friends are your primary source of financial information. Avoiding the discussion of money puts women at a big disadvantage. Women consistently score lower on measures of financial literacy, which in turn makes them less confident about discussing the subject or even asking questions.

Financial advisers often have trouble getting women to participate when they’re working with couples. “Women frequently are not engaged in the conversation,” says Dawn Doebler, cofounder of Her Wealth, an initiative of Bridgewater Wealth and Financial Management in Bethesda, Md. “Even in the best of marriages, talking about money can rapidly deteriorate into a strained conversation, and spouses never get through to the end.”

Advisers use a variety of techniques to put women at ease. In high-stress situations, such as retirement planning or divorce, “we remind clients that we’ve been through this hundreds of times with women in the same situation, and there are common themes and common questions,” says Doebler. Women themselves are much more likely than men to say that it’s important for an adviser to educate them about such things as investment management and retirement risks.

Even in Lusardi’s classes, top female students are less likely to participate. To get them to speak up, Lusardi teaches “personalized” finance classes emphasizing goals that appeal to women. “Becoming rich was not necessarily the ultimate objective. Women are more interested in being financially secure and free of money worries so they can achieve the things they want to do.” She also avoids financial jargon and technical terms, which are off-putting. “It’s important to start with plain English and build the language of finance.”

Based on my own experience, I have found that the best way to breach the cone of silence is simply to address their concerns — and it never hurts to add personal experiences and a dash of humor. Find that comfort zone and a torrent of words — and questions — comes pouring out.

Janet Bodnar is editor at large of Kiplinger’s Personal Finance magazine. Send your questions and comments to moneypower@kiplinger.com. And for more on this and similar money topics, visit Kiplinger.com.