Home » From Our Readers » A late-in-life, most-unexpected allergy 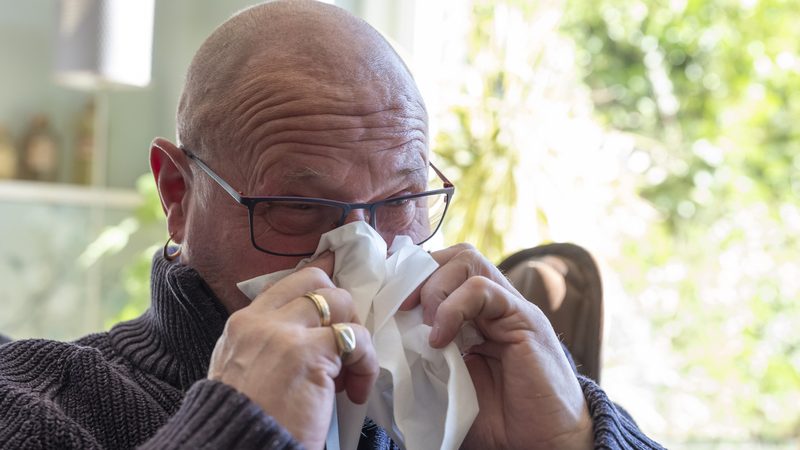 Boomer reader Jimmy Coleman shares the tale of uncovering the source of his late-in-life, most-unexpected allergy.

Airborne allergies and I have been strangers for much of my adult life, in part due to the fact that I was a two-pack-a-day partaker of nature’s finest nicotine weed of the day (not this wackee tabacee that folks today are smoking). My nose served me well only as a decorative piece and as a mechanism for holding my glasses in place. Shortly after I kicked the habit, I found my snout had other uses, like breathing. Not since I was a young teenager had I taken the time to smell the roses.

All good things must come to an end, I suppose. The newfound relationship with nasal air was short lived. My nose closed the border to the outside world; eyes watered and itched while my schnozzle dripped like a leaky faucet. I discovered my wife’s hair spray would cause my nose to go completely out of joint as the nasal flue in my chimney slammed shut. “Welcome to the world of allergies,” someone said sympathetically. It was time to pay the allergist a visit since I was allergic to some goodies yet unidentified.

Finding the source of the unexpected allergy

The doc, a distinguished-looking gentleman, asked a lot of relevant questions. He said he would test me to see what I might be allergic to. Reasonable approach – I would have been worried had he wanted to sell me a car.

The nurse came in carrying a covered tray and asked me to remove my shirt. Standing behind me, she commenced to scrub off two layers of skin using nothing more than cotton and rubbing alcohol. She then initiated a game of tic-tac-toe on my back with a marker, which I subsequently learned were little bulls-eyes for the two dozen or so small exposed needles all neatly lined up in a row, each numbered, staring at me from a metal tray. I shuddered. Needles and I have always been on the opposite side of friendly.

The nurse and I conversed about the weather and such while she pricked my back with one needle after the other. NOT BAD! Naturally, after all the hard work was done, in comes the doctor. The allergy test showed little reaction, so I was to return later for “more sensitive” testing. “PIECE OF CAKE! No problem,” I thought to myself.

One week later, I swaggered into the doctor’s office, not a care in the world, fearing nothing, whereupon my charming nurse directed me to the treatment room, where I spotted four covered trays instead of the earlier two. I learned my arms were going to be the lucky recipients instead of my back. The needles, all 64 of them, were the full-sized monsters, not the pin prickers as before.

For any young whippersnappers reading this, just so you know, a visit to the allergist today, after technological improvements came along, is no worse than scratching an itch, where even sissies don’t cry. T’weren’t the case in the days of your grandparents or great grandparents.

Now, where was I, before getting distracted? Ah yes: I attempted a smile when the nurse inquired with a concerned look as to my constitution. When the ordeal was finally over, I was offered a lollipop which, I subsequently found, I could not enjoy due to some allergy to red or yellow dye.

I waited in the treatment room for what seemed longer than it takes to eat broccoli for my torturers to determine if their human pincushion was allergic to any of the 64 things they stuck me with. Little red welts or blotches would appear here and there. My arms itched, and of course I had been instructed not to scratch, which just made the itching more intense. Finally, I was directed to the doctor’s office for consultation.

“You are allergic to dust,” he said. I thought he was joking but he said it without benefit of a smile.

“That’s like saying you’re allergic to air,” I contemplated in reply. “How do you avoid dust?” I asked. “It’s everywhere.”

Now he smiled. “Well, you’re not actually allergic to dust.” He paused before continuing. “You have an allergy to dust mite poop. “Dust might poop?” I repeated aloud. “Dust is an inanimate object,” I thought to myself. How was such a thing possible?

He obviously detected my confusion as he handed me a pamphlet that contained a picture of a very ugly insect.

This microscopic creature, known by most of us as a dust mite and by a few others as Dermatophagoldes Pteronyssinus, had a half-dozen legs and a mouth that could chew through steel. I think I saw it in a larger size in some horror flick. He and millions of his fellow mites (sounds Australian, doesn’t it?) live in our homes, carpet, mattresses, and pillows, and – get this, sports fans – they live all over our bodies. He or she diets on the shed scales from our epidermis. Yum yum! Is the mite grateful for the room and board we provide? I think not, when you consider each mite produces about 20 waste particles (that is a euphemism for something) every day wherever it sets up housekeeping. Let’s see, a few million of these critters sleep on my bed, times 20 waste particles for each critter, equals a lot of poop, which is what I’m allergic to.

Maybe I should plant strawberries on my mattress. Think about it – a self-perpetuating, living fertilizer factory that produces more poop than a politician running for office. The pamphlet suggested I should cover my mattress in plastic, rip up my carpet, throw out the drapes, and wash the dog. Or was it wash the drapes and throw out the dog?

Jimmy R. Coleman is a former president of Garon Inc, a computer consulting company, but his real work started after he began his quest to find an answer to a rather simple question – “Why is it seemingly impossible to have peace in the Middle East?” Twenty years have gone by – the answer proving more difficult and elusive than the question. His research has taken him to the four corners of the globe, spanning centuries, covering the rise and fall of empires, cultures and religions. He has already written for Boomer about his sporty yellow Karmann Ghia and a boxing match. 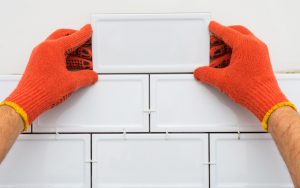