'A Little Rebellion Is a Good Thing' Book Review

Targeting the milieu of 1969 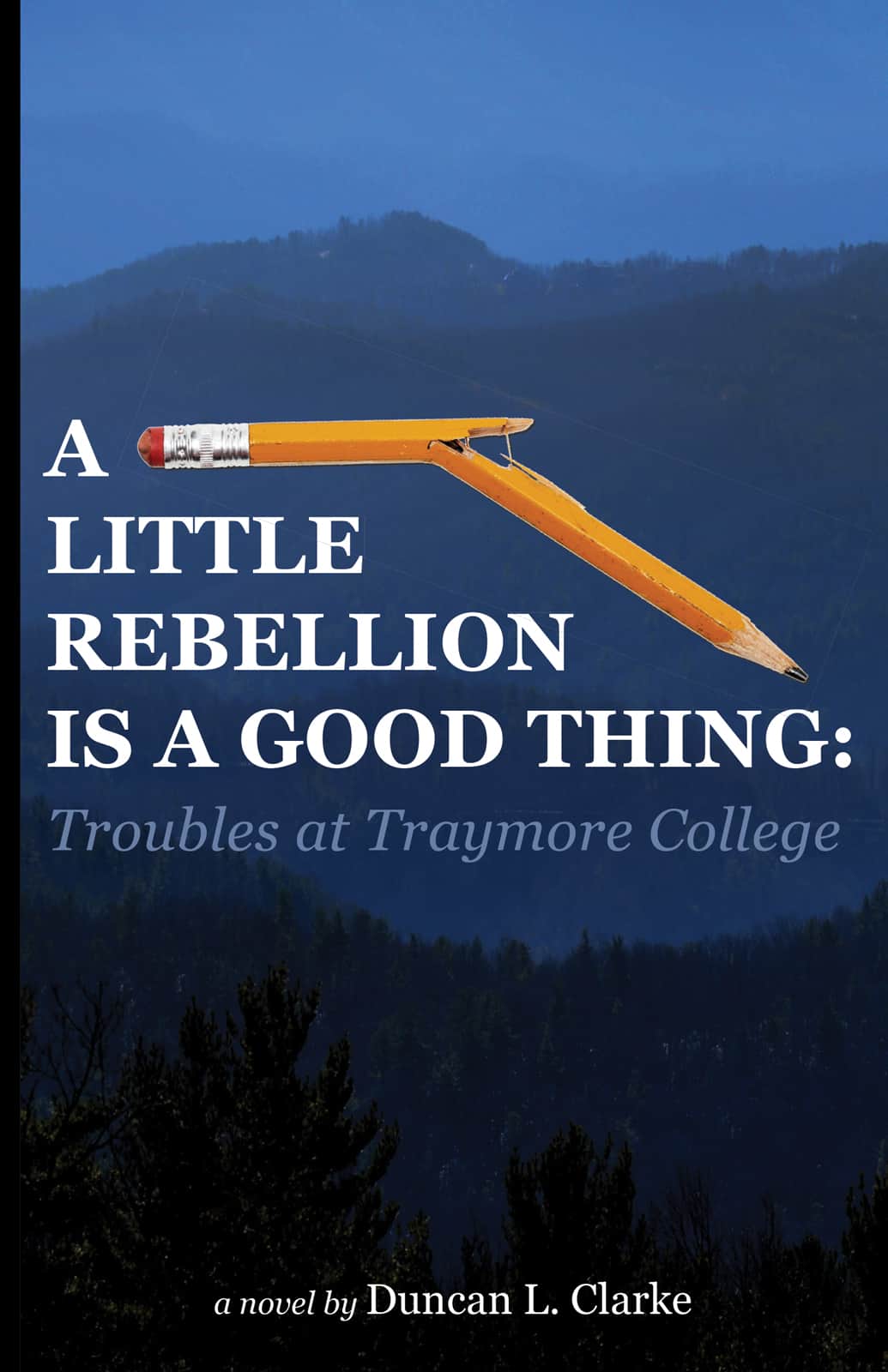 Any novel set in the U.S. in 1969 holds great promise for baby boomer readers. A Little Rebellion Is a Good Thing: Troubles at Traymore, set at a women’s college in Southwest Virginia in the 1969-70 school year, holds such promise. It highlights the era’s spirit of rebellion and the exercise of freedom of speech and protest, especially for women. Author Duncan L. Clarke was inspired by his personal experience at Radford College (now a university) in Southwest Virginia. For some readers, the promise may fall flat; but some readers may find enjoyment where others see weakness.

After completing his PhD dissertation at the University of Virginia, David Pritchard is hired at Traymore College, an all-women’s college in Southwest Virginia. His desperation for a job and evasive interview answers to the Traymore president, Elzic Barton, land him in a hornet’s nest.

Barton and his minions actively curtail basic academic freedoms for the students and harass the professors. Given his law education, Pritchard soon becomes enmeshed in the students’ grievances against a plethora of violations of their rights. The new professor becomes a willing advocate in their fight.

Of course, Barton fights back. The push back from the college president and his lackeys contributes the main conflict in the novel. Although one of the Barton minions, Dean Evelyn Baird, becomes an advocate in Pritchard’s fight, the others are shallow caricatures of lackeys who don’t agree with the boss but are afraid to stand up to him.

Adding to the drama is the hired henchman, a classless ex-con whom Barton hires to go after Pritchard. And, predictably, the professor’s beloved German shepherd, Xena, becomes a collateral target.

Secondary drama and conflict come from Pritchard’s unrestrained young male libido. This represents the book’s most obvious weakness. The professor ends up in sexual liaisons with a member of Traymore staff and, more significantly, several of the students.

Besides the ethical issues of intimacy with students (though they weren’t enrolled in his classes), the relationships could easily have compromised his battle against the president’s harsh regulations. The young women are the sexual initiators – very flirtatious and assertive. Pritchard is only mildly careful with these trysts – but he never faces significant consequences.

When he meets one of these young women, she is married. She soon begins divorce proceedings against her abusive husband, but she and Pritchard become involved despite the potential legal implications for her divorce. He begins to develop a stronger bond with her but continues to satisfy his whims with other women. When she eventually discovers one of many infidelities, she easily forgives him.

Is A Little Rebellion Is a Good Thing for You?

Although the book isn’t a hot and steamy romance with graphic detail, if you’re looking for a book with relationships and romantic interludes, this might be a book for you.

If you appreciate a book with strong female characters, this might be a book for you. Besides the somewhat narcissistic male protagonist and evil President Barton, the other main characters in A Little Rebellion Is a Good Thing are strong, admirable women. The minor male characters range from evil to well-meaning.

If you enjoy recognizing landmarks in a story and you’re familiar with Southwest Virginia, this might be a book for you.

A Little Rebellion Is a Good Thing contains some allusions to 1969 culture, including a few songs and some discussion on U.S. involvement in the Vietnam War (albeit mostly from one point of view).

Overall, the author’s writing style is clean and easy to follow, making the book an easy read. The ending feels predictable, but suspense lies in what obstacles the tyrannical president will throw in the way. And if you’re content for a pleasurable book with a little nostalgia, this might be a book for you.