Like it or not, Virginians are born into this fact 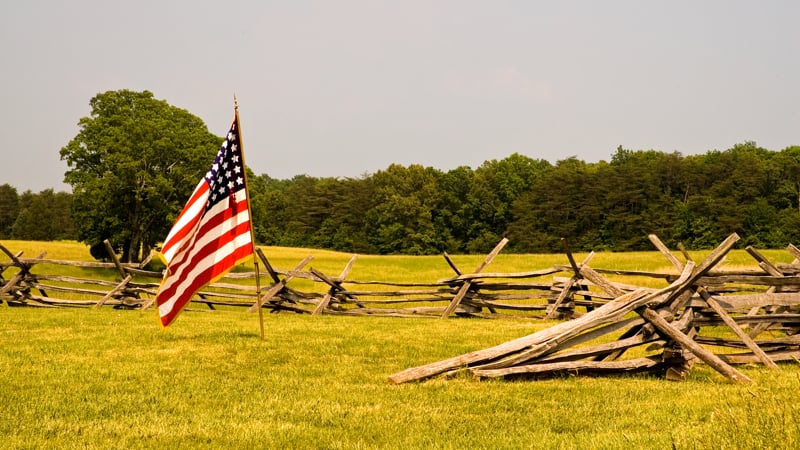 In 1954, my birth year, the Recent Unpleasantness had been finished for just the lifespan of one good ol’ grandpa. My Yankee parents brought me into this world in the eastern, undeveloped reaches of Richmond, in the heart of battlefields. Less than a century before, swaths of forest and field east of the city had been brutally contested between Lee’s Army of Northern Virginia and the Union forces led by McClellan. More fighting took place on these 500 square miles than on any other parcel of American soil in our history.

North and South squared off at Seven Pines, Hanover, White Oak and Charles City, along the Pamunkey, on Malvern Hill beside the James, at the wonderfully named Savage’s Station. While other kids collected baseball cards, my buddies and I dug for pieces of the Peninsula Campaign. With metal detectors and spades we walked behind plowing tractors in spring and autumn, to scour the vast farmlands of Henrico for turned-up troves of tin, brass and rusty steel. The hit-and-run tactics of Stuart, major actions by Longstreet and Jackson, the grand strategies of Lee, these were my summer games and pursuit. We wore boots against snakebite and cooled off in quarries, cricks and farm ponds. We played and pretended to be soldiers on the humps of real Civil War trenches.

Like many boys, I was a collector of things as a way of learning about their context. My ceiling was an air-war of WWII model airplanes in mid-dogfight; Messerschmitts and Zeros, P-38s and Mustangs trailed gray-painted cotton to mimic smoke from wounded engines. My friends and I used M-80 firecrackers to destroy model battleships in rain-swollen ditches. I built pyramids of my dad’s colorful beer cans. I maintained two tall stacks of comic books in which I cozened dozens of Playboys, until my mother, without notice or consent, gave the entire collection to what she called “the crippled children’s hospital.” This struck me with horror, for she knew not what she had done.

But my treasure, my gems for swap and showing off, was a shoebox of brass CSA buttons and buckles, coronet insignia from Union caps, bayonets, flintlocks, canteens, horseshoes and a hundred Minié balls dug by penknife out of trees and logs. I can’t say what became of this cache, probably another raid by my mom, but I would love to have them today. I, and perhaps you, have finally lived long enough for events of my lifetime and the lifetime just before to become history. I would like to hold some plain, hard relics of those years, to recall the men and women who touched them or died by them, to remember them as flesh and blood, not simply in their roles of history, whether famously or anonymously, and see them as common people like me.

That shoebox may have been the seed of my future as a writer and storyteller. I remember rummaging through my collection, examining a bullet or button, then imagining the fate that led each to be spilled in the dirt. Was this a hero dashing to the front of his lines, or was he scared? I sure would have been. Was he a Virginian? I was. Did he survive? If he managed to live through the war, time got him in the end. Then I got him in my shoebox.

All this made me feel connected, not only to my Virginia and Richmond, but to each old anonymous warrior, a sliver of whose time I held. I took a young boy’s first steps into the world of creativity where I built fictional lives and demises out of tiny actual truths, all the while exploring greater profound truths like courage and tragedy.

I’ve spent a lot of my life on other people’s battlefields; as an adult, I’ve published over two million words about them. The past will reveal almost everything about the human experience, the finest and the worst. What little it hides, I get to make up.

Recently, I’ve taken on a new writing task, a play about Robert E. Lee. It’s daunting in this age of reassessing history. But even now, as I study Lee and trail behind him through boiling smoke where the banners fell, I listen for ghosts to whisper something remarkable about themselves, and about me.

David L. Robbins is the best-selling author of novels such as The Devil’s Horn, The Low Bird and Last Citadel. The Sandston native is the founder of the James River Writers, co-founder of The Podium Foundation and creator of the Mighty Pen Project veterans’ writing program. In 2018, he was named by the Virginia Commission for the Arts one of the two Most Influential Literary Artists in Virginia for the last 50 years. He teaches advanced creative writing at VCU’s Honors College.