Honoring the people who made Shenandoah National Park possible 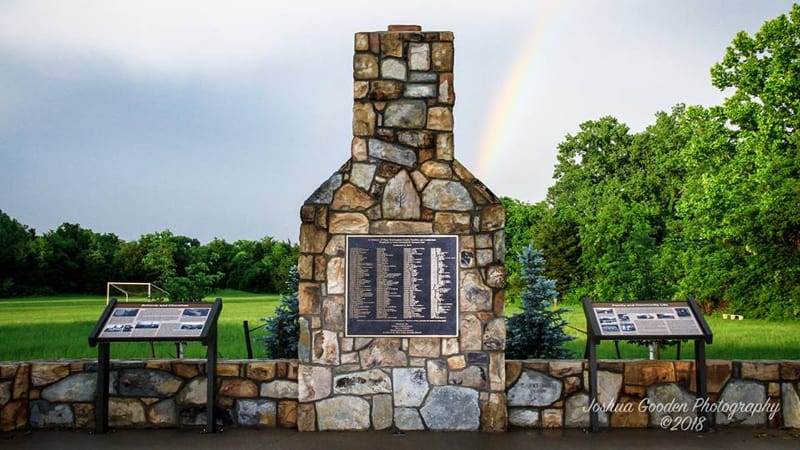 As far back as the 1880s, there was talk of developing a national park in the Southern Appalachians. The great western parks – Rocky Mountain, Yosemite and Yellowstone – were immensely popular, but they were located far from the East Coast and the center of the U.S. population. Business interests and state governments were beginning to realize the economic importance of national parks as a draw for tourism, and the growing conservation movement of the early 1900s was interested in setting aside places to save the rapidly disappearing forests and wildlife of the eastern U.S. Through the mid-1920s, numerous sites in several states were evaluated before the decision was made to locate the new national park in Virginia’s Blue Ridge Mountains and call it Shenandoah.

The National Park Service was not authorized to spend money to purchase land for the new park, so Virginia had to procure the land, then turn it over to the Park Service. As plans advanced for Shenandoah National Park, a reality began to dawn on the park’s creators – the area designated for the park was inhabited by at least 3,000 people! Only a handful of owners were willing to sell their land, a few agreed to move out voluntarily, and some said they would defend their homes with their guns.

Because Virginia officials judged a national park to be in the public’s interest, the power of eminent domain was invoked, setting the stage for the state to acquire parts of eight Virginia counties (Albemarle, Augusta, Greene, Madison, Page, Rappahannock, Rockingham, and Warren) and to remove the families from their homes. Property owners with clear titles received compensation, but many families did not possess a title to the land on which they lived. Some were tenants or caretakers for absentee owners. Others resided on land that had supported their families for generations, but, because everyone in the community knew to whom the land belonged, they never took the steps needed to formalize their ownership. Those without deeds were granted no compensation.

No records identify how many residents moved out of the mountains on their own as plans for Shenandoah National Park progressed, but in 1934 a special census of people still living in the new park revealed 465 families that still needed to be relocated. Some of these families were eligible to obtain homesteads in one of the seven resettlement communities that were being prepared around the park: near Flint Hill and Washington in Rappahannock County; at Ida Valley in Page County; north of Elkton in Rockingham County; near Madison and Wolftown in Madison County; and at Geer in Greene County. Other families received relocation aid from welfare departments, and a small number of elderly residents were given the right to live out their lives in their homes.

In the early to mid-1930s, as families were being moved out of the park, the Great Depression was hitting the nation with full force, and many people needed a place to live. As soon as a house was emptied, it was sometimes appropriated by a homeless family from outside the park, by a nearby family who saw the now-vacant house as better than their current home or by the evicted residents who moved back into their former home. Park rangers then had to return to perform another eviction.

To address this issue, the park superintendent approved the practice of burning houses as soon as the residents were moved out, and this often took place while the family looked on. After a home was burned, the stone chimney was often the only thing that remained, standing watch over the ashes. 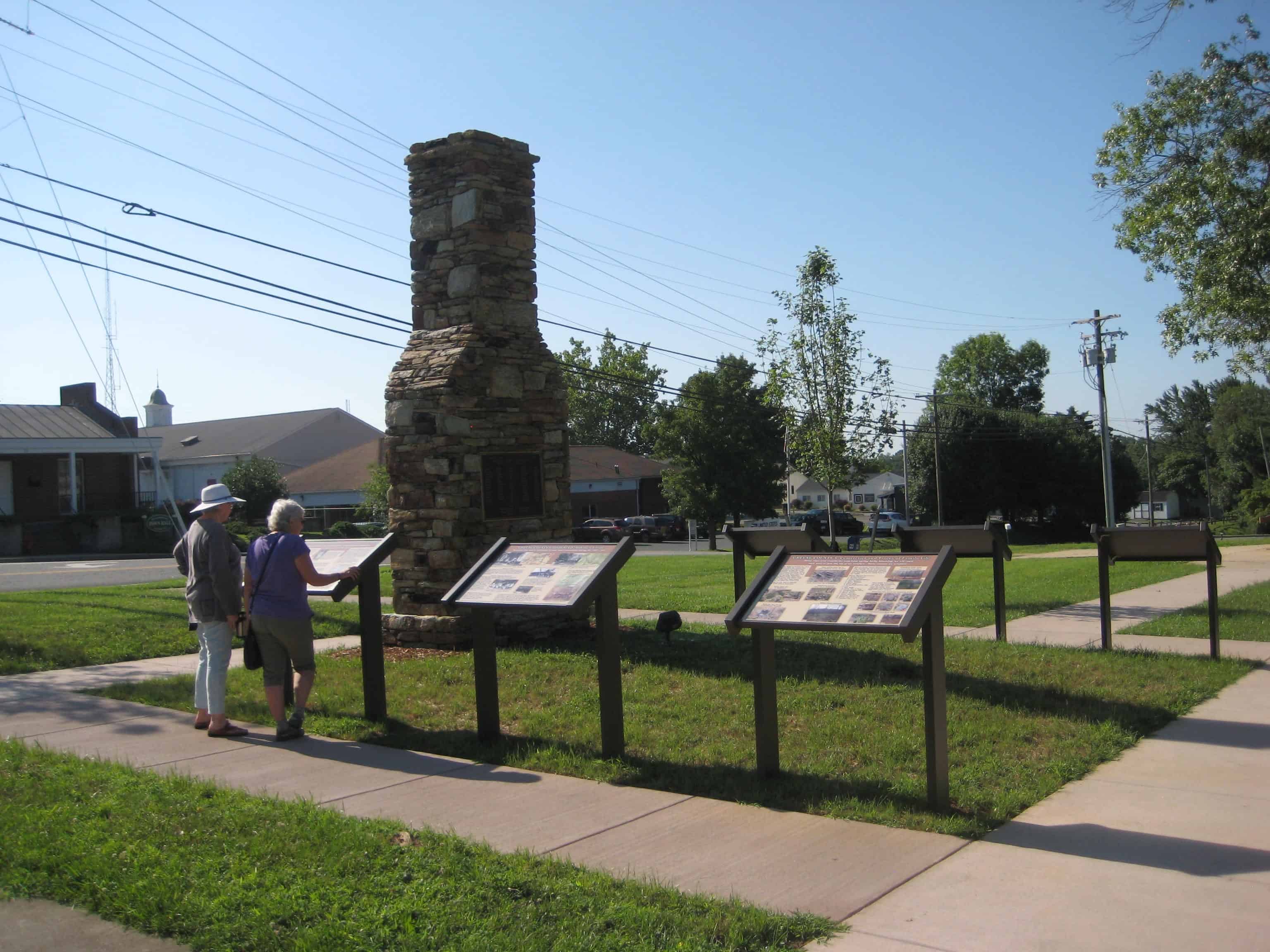 Today, Shenandoah National Park provides a place for recreation and enjoyment for millions of people. It is hard now to imagine the villages with stores, schools, churches, and post offices, and the hillsides covered with small farms. The forest and the wildlife have returned, and visitors often overlook signs of the former mountain residents. The stone walls, traces of roads, cemeteries, and artifacts at the old homesites are some of the reminders of the people who lived on the land before the park. Standing stone chimneys may still be found throughout the backcountry, marking locations of the homes that once dotted the mountains and hollows. We need to remember that without these families’ losses, Shenandoah National Park would not be here for us to enjoy today.

The Blue Ridge Heritage Project, a 501(c)3 nonprofit, was formed to recognize and honor the displaced families and to keep their history alive by creating memorials to tell the story of the sacrifices made by the people of the Blue Ridge. The BRHP is working to establish a monument site in all eight of the counties where land was acquired for the park. Each county’s monument is a replica of a standing stone chimney, and on each chimney a plaque lists the names of the families that lost their homes and land in that county. Exhibits of photographs and interpretive displays at the monument sites educate visitors about the people who lived in the mountains before the park, bringing to life the day-to-day world of those who gave up so much to make Shenandoah National Park possible.

At this time, seven of the eight monuments have been dedicated in communities surrounding Shenandoah National Park. Planning for the final monument, to be located in the eastern Augusta County/Waynesboro area, has begun, and potential sites are being evaluated. Dedication is tentatively planned for summer 2020.

A visit to one or more of the monument sites can provide the destination for a pleasant drive through some of Virginia’s most scenic mountain and foothill country. Using the highways that cross the Blue Ridge through Shenandoah National Park, in combination with sections of Skyline Drive, will create loop tours that are beautiful at any time of the year. See the monument locations below to help plan your route.

Learn more about the Blue Ridge Heritage Project on the website or contact Bill Henry (434-985-7905) or at onarock01@yahoo.com.

Albemarle County: Patricia Ann Byrom Forest Preserve Park, 6610 Blackwells Hollow Road (Rt. 810), Crozet, VA 22932
The Albemarle monument is located at the far end of the upper parking lot. Restrooms are located at the nearby lower parking area, and a small picnic shelter is available near the monument. (Note! The sign at the park entrance is only visible to drivers coming from the south – Crozet/Whitehall direction).

Greene County: 40 Celt Rd., Stanardsville, VA 22973
The Greene monument is located next to the Greene County Administration Building, at the corner of Main St. and Celt Rd. Park in the lots next to or behind the building. Restrooms are available in the administration building when it is open.

Madison County: 1120 Old Blue Ridge Tpke., Madison, VA 22727
The Madison monument is located on the grounds of the former Criglersville School on the west side of the small village of Criglersville.

Warren County: 460 E. Criser Rd., Front Royal, VA 22630
The Warren monument is located on the Happy Creek Trail, next to the Francis Burrell Brooks Jr. Community Park. Use the parking lot for the park and follow the sidewalk about 200 feet east (toward the nearby bridge) to the paved Happy Creek Trail. Turn left on the trail, and the monument is just ahead on the left. Restrooms are available at the park’s picnic pavilion.

Page County: Ed Good Memorial Park, 332 E. Main St., Stanley, VA 22851
The park entrance is where Main St. crosses the railroad tracks in the center of town. Drive to the parking lot behind the picnic pavilion. Restrooms are available at the park’s picnic pavilion.

Rockingham County: Elkton Area Community Center, 20593 Blue and Gold Dr., Elkton, VA 22827
The Rockingham monument is on the right side of the Community Center. Restrooms are available in the community center when it is open.

Augusta County: location to be determined.

Bill Henry is founder and president of the Blue Ridge Heritage Project.