The earphones in LB’s helmet buzzed.

LB lay still. He’d stretched out on the Pave Hawk’s vibrating floor and wasn’t going to give up his spot just because the pilot sounded a little edgy. These helo jocks were good, and what little they didn’t know about the valleys and mountains of Afghanistan, multiple arrays of electronics could tell them. GPS, FLIR, Inertial Nav – the cockpit up front shimmered with green gauges, digits, and shifty electronic lines. LB lay in the back of Tampa 1, comfortable. He had his own job to do once they reached the village. He lolled his head to the side to glance out the window, into the canopy of high blue over the serrated edges of the Hindu Kush.

Beside him, Wally couldn’t help himself; had to look. He rose to his knees, pivoting to get a peek out the windshield. The moment he did this, Doc’s boots filled in the vacated space.

In that moment, the squall socked away the sky and mountains. The floor under LB’s rump and rucksack shook as their copter disappeared into the fat, blowing mist.

Around LB, everyone – the flight engineer, back-end gunner, even old hands Doc and Quincy – peered out the windows. This wasn’t a fascination with weather, how thick a whiteout nature could whip up at nine thousand feet in the Afghan mountains. The men were on the lookout for Tampa 2, the other Pave Hawk on the mission, with its own giant rotating blade somewhere, invisibly, close by.

LB couldn’t enjoy having the floor all to himself if no one was competing with him for it. The others had noses pressed to the windows like pooches, paying him no mind. The pilots and engineer continued their radio chatter. Even in their clipped speech over the intercom, LB deciphered some nerves. He slid back against the door, shoving himself to a sitting position, and shouldered beside young Jamie to get a gander at the storm.

The HH-60 blasted through the squall at 120 miles per hour. Snow and sheets of fog streaked by in hurrying, purling ghosts of opaque white. Visibility ramped down to zero.

The air frame rattled, suspended beneath the spinning rotor. The HH-60 was built for rugged, not smooth, flying. She was neither sleek nor pretty. The aircraft was designed to be hard to bring down, not much else. Left and right, mountain peaks and sheer walls zoomed by, completely obscured. Somewhere in this same blank morass flew Tampa 2, another HH-60.

“Ringo 53, Tampa 1,” the pilot called to their HC-130 fuel plane cruising two thousand feet overhead, above the storm. “You got eyes on?”

“Negative, Tampa 1. Blind on your position.”

LB muttered, “Damn.” The intercom picked this up.

Wally shot him a cool rebuke from behind his Oakley shades.

LB ignored him. Wally was a captain and a CRO, but that didn’t have much juice up here where all their tails were equally on the line. On his knees, LB squirmed between Doc and Quincy. He stuck his head into the narrow alley between the engineer and back-end gunner for a clear view of the cockpit. LB didn’t look out the windshield or at the gauges and flowing emerald lines on the heads-down display. He wasn’t interested in computers or satellites right now, but the pilots, the hands on the controls.

He’d been in this situation before, a year ago in southern Afghanistan, Paktika Province. Same drill: high altitude, sudden whiteout, PR mission. The Air Force after-report said the copter pilots lost spatial orientation only minutes after being swallowed whole in clam chowder clouds. They stopped trusting their instruments, got hesitant, and decided to abort. They banked the Pave Hawk out of the mission flight path. In the thin air at ten thousand feet, the rotor couldn’t generate enough lift. The HH-60 sank into the unseen side of a mountain. The blades sheared into catapulting pieces in every direction; the fuselage slid backward, then somersaulted into five barrel rolls down the slope. Many miracles occurred in those tumbling moments. When the dented hulk of the HH-60 finally came to rest against a stone hut, in the dust, smoke, and adrenaline, no one had a single broken bone or even a gash, just a lot of bruises and some puking. Wally was there, too; he held up his breakfast burrito and emptied coffee mug. He earned himself a new call sign that morning: Juggler.

Today’s storm raged in northeast Afghanistan; the conditions were lousy all over this country. LB studied the men in the cockpit for situational awareness. Were the pilots keeping it together? The squall tossed them around, but Tampa 1 was built to take enemy fire; it could stand a good buffeting. In his twelve years as a pararescueman, LB had seen men and machines outperform any reasonable expectation, go far past what could be decently asked of flesh or metal. He’d been present, too, when machines failed and men broke. It was always a coin toss what was going to happen.

Wally sidled next to him. He made an okay sign with fingers and thumb, asking how LB was holding up. LB made a sour face. Wally bent his helmet’s mike close to his lips so the pilots could hear him clearly.

“The terrain’s taking us up another thousand. Not happy having to climb in this soup.”

The helicopter lurched in a stomach-churning jump over a wind burst. Tampa 1 was giving her all. Young Jamie blew out his cheeks, no fan of roller coasters. Wally turned on the four PJs, sticking out an upturned thumb. Doc and Quincy looked to each other. Both were experienced soldiers – Doc a former marine, Quincy come over from the SEALs. Neither had been in a crash. Jamie was the newest PJ. This was just his second PR mission. He waited for the others.

Wally waggled the thumb, asking for a vote. As much as LB enjoyed frustrating Wally’s attempts at leadership – they agreed they’d been together too long – he was the first to stick up his own thumb. This time, Wally was right on the money. The safest thing to do in these conditions was to press forward, fly the flight plan loaded into the instruments, prepped for in the briefings. As long as Tampa 1 stayed airborne and performing along this route, and Tampa 2 did the same, they should rely on their avionics. Flying white blind was not as big a risk as losing confidence and faith.

The blowing ropes of fog and snow drew Doc and Quincy to one last agonized glance out the windows before they voted thumbs-up. Red-cheeked Jamie made it unanimous.

Wally turned forward, toward the cockpit.

“We got a vote back here, major. We want to push through. There’s a kid up ahead. He needs to meet us.”

The pilot pivoted enough to eye Wally, with LB beside him. Jamie, Doc, and Quincy came to their knees so the pilot could see the entire team.

The pilot’s lips parted to speak. He closed them, nodded, and returned to his instruments and the storm.

Smartly, Wally slid to sit on the shivering floor before the others could grab all the legroom. The PJs settled in with lowered chins and folded arms to await the consequences of their vote. LB kept on his knees. Wally lifted his chin to him, in thanks for the support. LB hit him on the shoulder too hard. 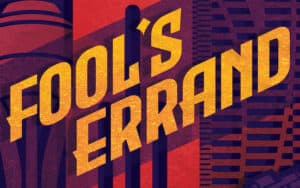 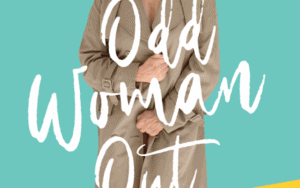