A peek into the writer's book on President John F. Kennedy 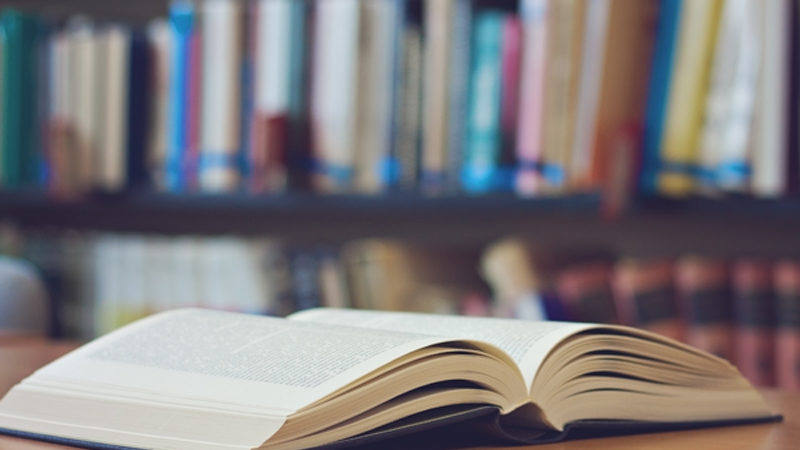 EXCERPT FROM THE KENNEDY HALF CENTURY: THE PRESIDENCY, ASSASSINATION, AND LASTING LEGACY OF JOHN F. KENNEDY

“We’re heading into nut country today. But, Jackie, if somebody wants to shoot me from a window with a rifle, nobody can stop it, so why worry about it?”

Her husband’s words brought little comfort to Mrs. Kennedy — she was still nervous about the trip to Dallas. The full-page ad she had just seen in the Dallas Morning News accused the president of supporting Communists and using the Justice Department to silence his critics. Were such extreme political views common in the city? If so, then perhaps they should cancel the final leg of the trip. She had even asked her primary Secret Service agent about it, but he replied that Dallas was probably no more dangerous than anyplace else. Plus, she knew that Jack would never agree to a last-minute change of plans. He had come to Texas to heal a rift between the liberal and conservative wings of the state’s Democratic Party, and both sides wanted him to motorcade through Dallas.

Moreover, the president himself knew that he needed to cut his losses in Dallas, which had voted Republican in 1960 and 1962. When John Connally was elected governor of Texas in November 1962, Kennedy called him to chew over the election results. The president asked how Connally had fared in Dallas, and in light of events to occur a year later, Connally gave an eerie reply: “They went crazy up there . . . They’re in open rebellion . . . They just murdered all of us [in Dallas on Election Day]. They’re . . . talking to me . . . about having that federal building down there and all the rest of that stuff.” Kennedy grumbled in response, “I don’t know why we do anything for Dallas.” Still, he did not want to cede the city to the GOP without a fight.

Air Force One landed at Love Field at 11:40 a.m. The rain clouds that had hung in the sky earlier were gone, replaced by a warm southern sun that raised the temperature to a comfortable 63 degrees. With the change in the weather, the president and First Lady would be able to ride through downtown Dallas without the Plexiglas bubbletop attachment on their 1961 Lincoln Continental convertible. JFK was delighted. He wanted the locals to get a good look at Jackie. This was her first trip with her husband since the death of their premature son, Patrick, in August. Her public appearances energized voters and gave newspaper reporters something positive to write about — important considerations for a president facing a re-election campaign.

The president made sure that the cameras caught Mrs. Kennedy stepping off the plane first. She wore a pink Chanel suit with navy trim and a matching pillbox hat. Ward Warren, a fifteen-year-old high school student, recorded the event with his 8-millimeter camera. Fifty years later, we can look at Warren’s film and see the Kennedys at the height of their power. Jackie looks stunning in her iconic outfit, and JFK appears tan, rested, and supremely confident. Even after so many years, a viewer’s first reaction is to wish someone on the scene had had an inkling of what was to come. We want a time tunnel to 1963 so we can shout, “Get back on Air Force One! Don’t climb into the limousine!” But the celluloid figures cannot hear a warning. The grief and tears will just have to flow.

As the Kennedys came down the plane’s stairway, a cheer went up from a crowd of spectators gathered behind a five-foot-high chain-link fence. They had been waiting all morning to catch a glimpse of the world’s most famous couple. Some of them waved placards that read Hooray for JFK; Welcome, Mr. President; Kennedy-Johnson; and Nixon Go Home, a slap at the former vice president, who had left Dallas after his own visit earlier that morning. A few held signs that expressed contempt for Kennedy and his politics: Yankee Go Home; In 1964, Goldwater and Freedom; and You’re a Traitor.

The Kennedys shook hands with the official welcoming party waiting at the bottom of the stairs. It included Vice President Lyndon Johnson, Texas Governor John Connally, and Earle Cabell, mayor of Dallas. Cabell’s wife, “Dearie,” handed Jackie a dozen red roses, which the First Lady happily accepted. JFK knew that his bodyguards wanted him to proceed directly to his car, but the soon-to-be candidate could not resist the adoring crowd on the other side of the fence. People were shouting, “Welcome to Dallas, Mr. President!” and “Jackie! Over here! Look over here!” He moved toward the fence. The spectators surged forward, desperate to clasp his outstretched hands. Jackie soon joined her husband, generating additional excitement. It was a dangerous moment, and a live TV announcer noted that the unscheduled, wide-open contact seemed to cause unease among the Secret Service agents.

Anyone with a pistol could have fired through or over the fence at point-blank range. The Secret Service crew did all they could to keep the Kennedys safe. They watched “every hand as it was held out, ready to jump if they saw so much as a flicker of metal or a grasp that held on a second too long.” Nothing untoward happened. Nothing had happened in a hundred similar situations over the past three years.

The agents were relieved when the Kennedys finally climbed into the back seat of their convertible, even though the bubbletop was down and they were still exposed from the shoulders up. Jim Lehrer, afterward for many years the host of PBS’ NewsHour, remembers seeing the limousine with the bubbletop in place earlier that morning. At the time, Lehrer was a reporter for the Dallas Times Herald and had been assigned to cover the story at Love Field. When someone from his newsroom called to ask if the bubbletop would be on JFK’s car during the parade, Lehrer passed the question on to an acquaintance in the Secret Service waiting on the tarmac. “And so the agent looks up at the sky,” Lehrer recalls, “and he says, ‘Well, it’s clear here,’ and he yells at another agent, he’s got a two-way radio, and he says ‘What’s it like downtown?’ The guy goes ‘Clear downtown!’ So the agent turns to another agent and says words to this effect: ‘Take the bubbletop down.’”

Texas governor John Connally and his wife, Nellie, sat in the jump seat right in front of the Kennedys, while two Secret Service agents, Bill Greer (the driver) and Roy Kellerman, rode up front. Most of the other agents piled into the follow car. Some rode on the car’s running boards while others relaxed a bit in its leather seats. One agent put an AR-15 assault rifle on the floor of the automobile. Dallas County Sheriff Bill Decker rode in the lead car, ahead of the presidential limo, along with Jesse Curry, the city’s police chief, and two more Secret Service agents, Win Lawson and Forrest Sorrels.

The president was scheduled to deliver a luncheon speech at the Dallas Trade Mart, a sprawling business complex that had opened its doors only five years earlier. The city’s most prestigious civic groups, business leaders, and government officials had purchased tickets for the event and would all be there. But the upcoming political campaign mandated that the average citizens of Dallas — those who toiled on construction sites and in office buildings, flower shops, newsstands, restaurants, and dozens of other small businesses — see Kennedy first, on the theory that one is a little less likely to vote against a president one has seen up close and personal. Despite having a Texan on the ticket, Kennedy had won the state by only 46,257 votes in 1960; this was not a battleground that could be taken for granted in 1964.

Ralph Dungan, one of JFK’s aides, remembers the president calling his staff together right before he departed for Dallas. “We had a little meeting in the cabinet room,” Dungan told us. “It was the first meeting of the next campaign. He talked about being able to do some of the things in the second term that he wasn’t able to do in the first, without specifying the kinds of things he had in mind. But he just felt that in the second term, he was going to be much freer to move.” But first Kennedy would have to win the second term, and one big step in that direction was for the president to heal the split in the Texas Democratic Party.