Savoring Flavors and Stories from the Eastern Shore of Virginia 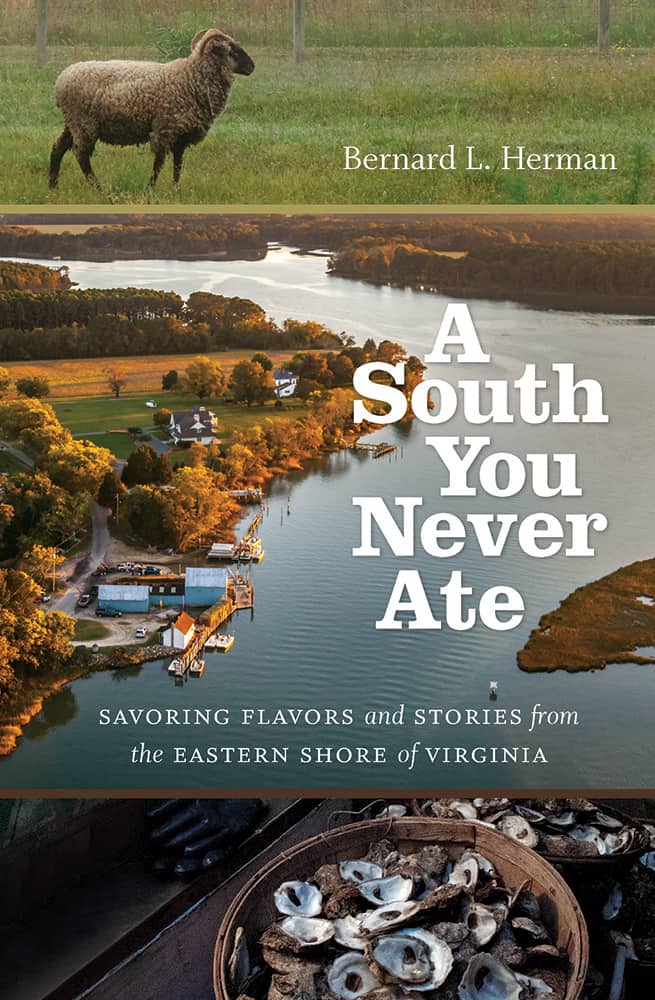 If you’ve made a few trips around the sun or the globe, you’ve learned that regional cuisine reflects the people who prepare and eat it. Bernard Herman’s new book, A South You Never Ate

, captures the flavors of Virginia’s Eastern Shore, that pastoral strip of land between the Chesapeake Bay and the Atlantic Ocean.

The book is as much narrative as cookbook; it captures the tales of generations who have made iconic regional dishes such as dumplings, seafood fritters and cornbread. It focuses on the region’s culinary ingredients; including figs, sweet potatoes, marsh hen, crabs, strawberries and toads – blowfish – and on those who harvest and prepare them. You’ll read memories of crab picking from Kenny Marshall; the story of Theodore Peed’s turtle party; the rambling musings of Buck Doughty and how his father’s love for geese resulted in the brief adoption of Buck’s baby sister; recollections and the recipe collection of Sara “Cook” Ross; and many more tales from colorful locals.

Informal recipes throughout the book come from the people featured in the book – multiple family recipes for dumplings, for example. Each chapter ends with a recipe curated for home cooks by a professional chef.

In the introduction, author Bernard Herman describes his purpose best: “This book is not intended as an encyclopedia on Eastern Shore of Virginia foodways. It offers, instead, a series of meditations on provisions and preparations that convey the distinctive terroir and cuisine of a place and the people who make it their own every time they step into a boat in quest of drum fish, tread in a field to set sweet potato slips, hunker down to a clam fritter dinner, or share a story over a Sunday breakfast of salt fish and pancakes.”

As George B. Tindall Distinguished Professor of Southern Studies and Folklore at the University of North Carolina at Chapel Hill, the author has a knowledge of the history and an appreciation for the people he writes about. His words capture physical images of the place while making fascinating forays into the intellect. “An awareness of terroir focuses on the act of tasting – tasting and experiencing food from cultivation to consummation,” he writes. Taste is “known through the body and measured in the mind.”

A South You Never Ate is a 2020 James Beard Foundation Book Award nominee. You can come away with a better appreciation for Virginia’s Eastern Shore, the people and towns, farms and homes that lie outside the tourist spots.

And, along the way, you’ll gather a few great recipes, too.

Available in hardcover (400 pages) or as e-book