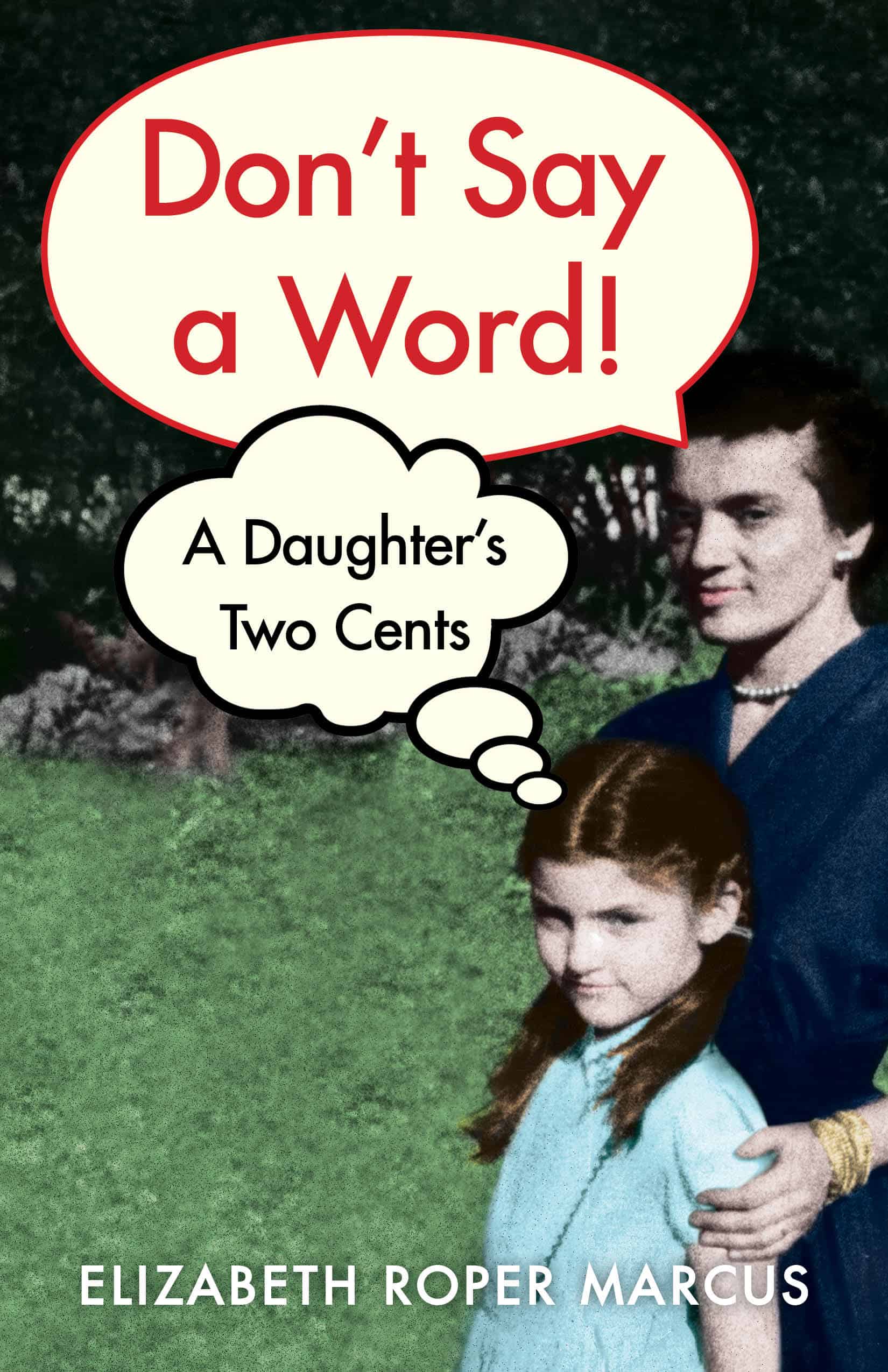 For a hearty mix of humor, hope, relatability, and plain old entertainment, “Don’t Say a Word: A Daughter’s Two Cents,” written by Elizabeth Roper Marcus, is guaranteed to appeal to any kind of book reader.

For nonfiction lovers, this memoir features true, well-told, and deliciously anecdotal tales that satiate your nonfiction-loving itch. And for fiction lovers, the author offers such a solid storytelling lens of extravagant accounts, it feels like a book filled with stories created by an overactive and humorous imagination.

In their early 80s and well past retirement, the upper class New York City couple, Edna and Leo Roper, have decided to spend their three-month winter migrations in Ajijic (ah-hee-heek), a vibrant lake town in Mexico, since clichéd retirement spots in Florida, of course, were “too predictable and dull” for the unconventional pair.

The memoir is written by their only-child adult daughter and takes place throughout a decade – starting with her first visit to see her parents during their first winter in Ajijic.

And as one may expect from a non-Spanish-speaking couple semi-living in a foreign country, there are plenty of mishaps to be had, especially in the first year: a rickety Chevy, many efforts trying to navigate the tumultuous highways of Mexico, and a questionable condominium rental – for starters.

But the crème de la crème of mishaps features Max and Edye Wolfe, an equally eccentric couple from Dallas suspiciously eager to take Edna and Leo under their wing.

Though the Wolfes are endlessly charismatic and friendly, Elizabeth has misgivings of their quick friendship and possible ulterior motives – many of which slow-play out when Edna and Leo agree to let the Wolfes design and build a lakeside home for the Ropers.

But the memoir isn’t solely focused on the quirky saga of a retired couple wintering in Mexico. The story takes a turn after the sudden death of Elizabeth’s mother; and we the reader journey with the author through her exasperating hunt to find a suitable caregiver for her father (finding one they can both agree on turns out to be infuriating and nearly impossible).

We follow the story as Elizabeth navigates her new relationship with her father, becoming acquainted with the wife-less side of him that she never knew.

In between the frustrating tales of easily avoidable mistakes and her parents’ stubborn resistance to logic, the author begins to weave in her own clarity and understanding of the narrative looking back.

Having grown up poor, her parents worked their way into wealth – and, as Elizabeth better understands that, she better understands why they’re so dedicated to keeping up appearances and staying in the good graces of their more affluent comrades.

She reflects on their facades, their anxieties, and their insecurities that only became apparent in adulthood.

To many boomer readers, this may feel more like an autobiography than a memoir written by someone else. Boomers may be able to relate to Elizabeth’s position in a sandwich generation, balancing her two teenage children with her two aging parents.

Though the details may not resonate, the overall theme of watching parents become less like superiors on a pedestal and more, well, real people – might.

And as the author reflects on the trials and tribulations of aging parents and of seeing them in an entirely new light, you can feel how therapeutic this story likely felt for the author.

With so many relatable stories and themes – it may be, too, for the reader.