Memories of yesterday while building new memories with a holiday special 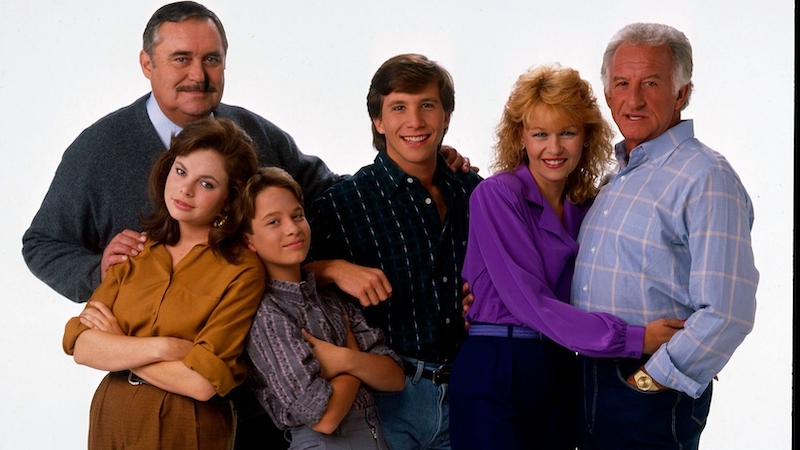 Whatever happened to Ilene Graff of “Mr. Belvedere”? Tinseltown Talks columnist Nick Thomas answers that question, including a tidbit about the actress’s talents that just might surprise you.

Perhaps you remember her as TV mom Marsha Owens in ABC’s popular ’80s sitcom “Mr. Belvedere” starring alongside baseballer-turned-actor Bob Uecker and British actor Christopher Hewett in the title role. But Ilene Graff is also an established singer whose career began in musical theater. In recent years her live festive Christmas special, “The Ilene Graff Holiday Show,” has delighted audiences at 54 Below, a supper club in the basement of New York’s famed Studio 54 theater.

“We couldn’t do it because of COVID for a couple of years, but I’m thrilled to be back on stage Dec. 28 with a new show,” said Graff from Los Angeles. “I loved the holiday specials of the ’60s and ’70s on programs like ‘The Andy Williams Show,’ so that’s the mood I’ve always tried to bring to my shows. I have special guests, we chat, sing holiday songs, and just try to keep it warm and friendly with a family feeling including some light-hearted moments of reflection and love.”

A native of Queens, New York, Graff lives in Los Angeles but always enjoys returning “home” to the East Coast where she and her husband, composer Ben Lanzarone, maintain an apartment.

“I love celebrations and hosting parties, and I do love the holidays,” she said. “So a few years ago I pitched this idea to my family and we put together the first holiday show, which was a huge success. It just became something I wanted to continue.” 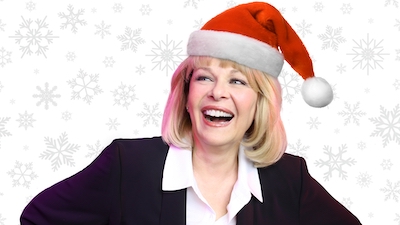 That first show was a real family affair, also featuring brother Todd, an actor, writer, and director; her Tony Award-winning cousin Randy; actress/dancer daughter Nikka; as well as Ben. But with their busy schedules, only her husband could regularly join her in subsequent December holiday presentations.

“I love working with him, so that’s another reason I wanted to continue doing them,” she said.

“Most know me from television but don’t realize that I started on Broadway, so they are kind of surprised that I’m a real singer!” she said, laughing (see www.ilenegraff.com). “I also sang a little on maybe three episodes of ‘Mr. Belvedere’ so that was always a surprise for the audience.”

One of those episodes first aired in December 1989. In “A Happy Guy’s Christmas,” the Owens family is cast in a local production of a Charles Dickens classic.

“We did a silly take-off of ‘A Christmas Carol,’” she recalled. “They dressed me up with this beautiful long blonde wig and Christopher was attached with wires so he could fly. It was exactly what you wanted from a Christmas episode – goofy and yet heartfelt and sincere.”

Graff remembers her years on the “Mr. Belvedere” set with fondness. “It was an amazing cast and crew who worked so well together. You know how some people are just funny? Well, that was Bob, completely natural and comfortable on camera and one of the smartest people I’ve ever known – and he still broadcasts baseball [at 88, for the Milwaukee Brewers]! Both he and Christopher were such great guys and insisted that everybody in the cast and crew be treated equally on the set. How lucky I am to have those memories in my career.”

Graff hopes to create new memories for herself and the audience when she returns for this year’s holiday show.

“I’ve always thought of myself as a singer who got into acting and the acting really took over for many years,” she says. “But I never stopped singing because that’s just who I am. Music, singing, and of course family are everything to me.”