Home » Lifestyle » Sports » Curling … It’s Not Just for the Olympics

Curling ... It's Not Just for the Olympics 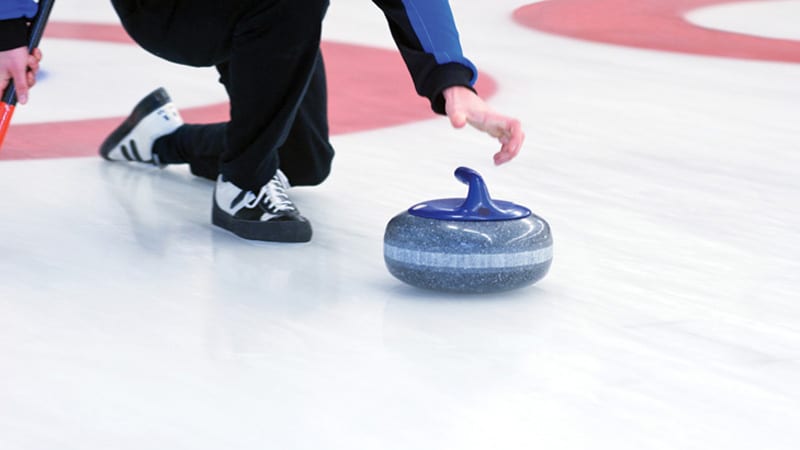 It may not be as glitzy as figure skating, as speedy as bobsledding or as ostentatious as snowboarding, but curling is one of the oldest team sports in the world. It originated in 16th-century Scotland, and its popularity spread through many other countries.

Though known for its spot in the Olympics, curling has made its way into the lives of casual athletes and hobby-seekers alike, a laidback and social sport available for all types of participants. It eventually landed on Richmond soil (ice) in 2011 through the Curling Club of Virginia, delighting our locals with its amusement and ease.

SO WHAT EXACTLY IS CURLING?

Sure, curling may be the butt of every Winter Olympics joke, but there is, in fact, more to it than meets the eye.

To start each round, one player serves as the stone-thrower (don’t worry about making a joke about glass houses – that’s already been covered), while two other players sweep, or clear the friction on the ice to allow the stone to spin less and go farther. The skip stands on the side giving instructions, and each teammate takes turns throwing the stone until everyone has done it twice. The object of the game is to get the stone closer to the center of the target (called the “button”) than the opponents do. And yes, players can, and try to, knock their opponents’ stones off of the target.

See? More aggressive than you thought.

EASY TO LEARN, HARD TO MASTER

Before I stepped out onto the ice rink to attempt curling for the first time, I had visions of Bambi when he first tried walking on the frozen pond. But the ice is surprisingly easy to move around on, even with just a basic pair of tennis shoes. And no specialized clothing is required either; as long as it’s loose, comfortable, and – most importantly – warm.

When it came time to try stone throwing, I imagined myself gliding straight through the ice rink barrier like a character out of Looney Tunes going through a brick wall. But I found that the ice is easier to navigate on than it looks, the stone is easier to slide than I had thought and the whole process is more forgiving than one might imagine.

Mike Beaudrias, 40-year-long curler and member of the Curling Club of Virginia, explains that the sport is easy to learn but hard to master.

And it’s nothing like a cartoon (well – my words, not his). All it takes is some practice and a willingness to learn.

MORE THAN JUST A SPORT

Beaudrias explains that people of all ages, physical stature and athletic ability can participate in curling. Competitiveness is low, approachability is high, and leagues are extremely convivial. Many couples join together, too, and it’s an easy way to meet people in the area. “The curling league is very social and very welcoming,” Beaudrias maintains.

Being athletic helps, but it’s not a requirement.

Having flexibility and coordination helps, but it’s not a requirement.

And being young surely is not a requirement, either, as told to me by Beaudrias, a boomer himself. “The ice and stones don’t know whether you’re 72 or 32,” he says.

WANT TO PUT STONE TO ICE YOURSELF?

The Curling Club of Virginia, which congregates at Richmond Ice Zone, has multiple ways to get involved. For you toe-dippers, there are Learn2Curl classes, which provide two hours of basic curling instruction. Test it out to see if you’re good at it (you will be) and if you like it (you’re going to).

If you get hooked, or are a dive-right-in kind of person, the Curling Club offers four- and six-week beginner leagues for that noncompetitive endeavor that you crave. And throughout the year, curling fanatics will take their stones and brushes for a day trip down to Durham, North Carolina, to compete with fellow recreational curlers.

Then if you’re feeling really confident, the next Winter Olympics are coming up in four years.

Check out other ways to improve your social and active life in Richmond!