Life Reminders from a Funny Guy 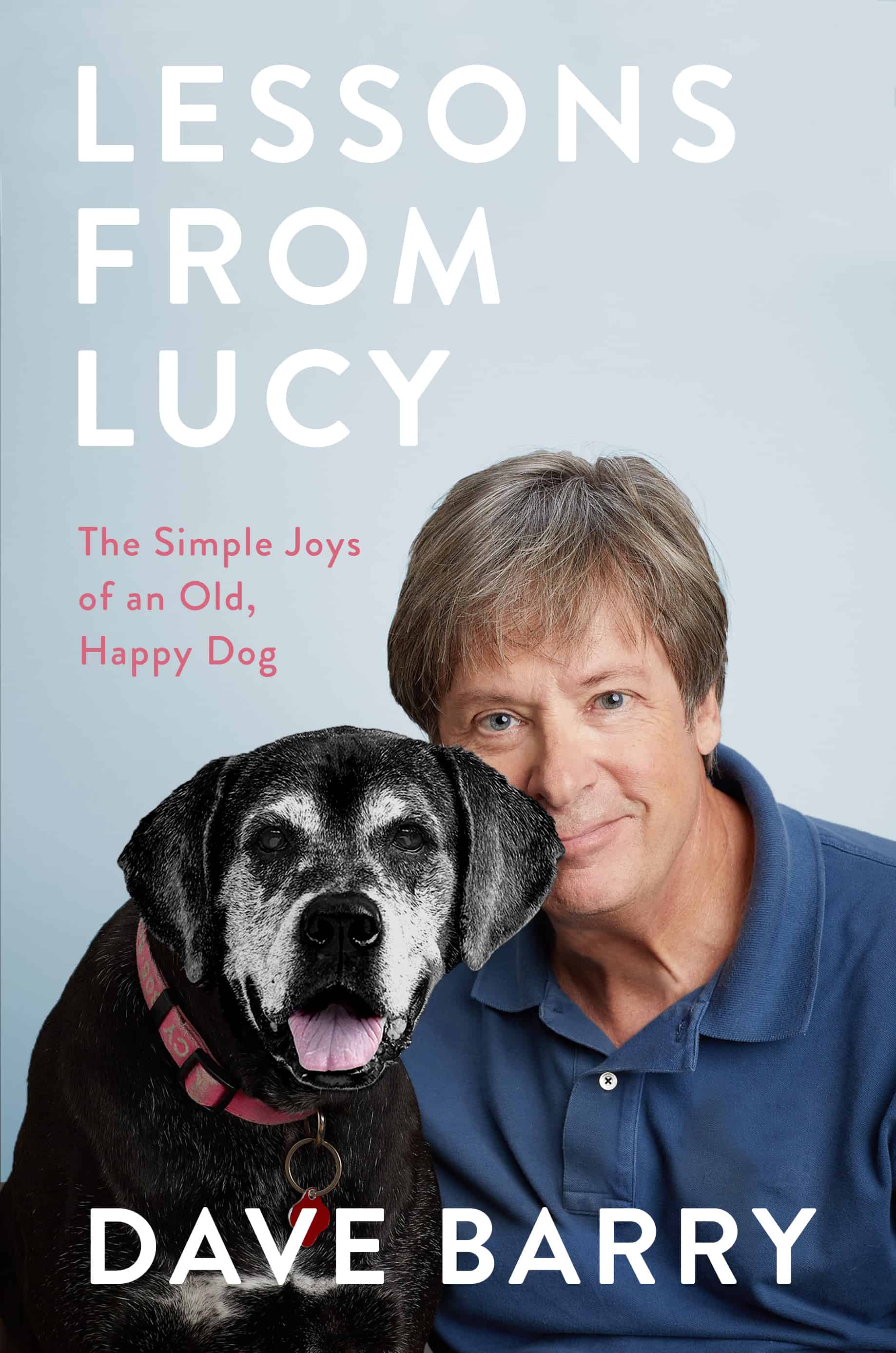 LESSONS FROM LUCY
The simple joys of an old, happy dog
By Dave Barry
Reviewed by Annie Tobey

A book about a dog? By a renowned American humorist? How could I resist?

Furthermore, I learned that Dave Barry wrote Lessons from Lucy as he was turning 70 (the same age as Lucy in dog years). He noticed that Lucy was handling the aging process so much more gracefully than he was, so he figured the old dog could teach him some new tricks.

Humorist Dave Barry is perhaps best known for his nationally syndicated humor column, which ran from 1983 to 2005. He’s also written numerous books, both humorous nonfiction and fiction, including Big Trouble, which was adapted to the big screen.

His column earned him a Pulitzer Prize for Commentary for “his consistently effective use of humor as a device for presenting fresh insights into serious concerns.” It’s that combination of humor and insight that runs through Lessons from Lucy.

As one who has shared my home with dogs for more years than not, who loves dogs for their loyalty and their joie de vivre as well as their goofy antics and frequent acts of stupidity, Barry’s anecdotes gave me belly laughs of recognition.

He told of his dogs Earnest and Zippy, who always waited eagerly for him to open the patio screen door – even after Hurricane Andrew had ripped away the entire screened-in patio, except the door. (My dog Sydney would wait for us to open the side door to the garage for her, even when the 8-foot by 7-foot door was open.)

He tells of returning home to find Lucy

Abnormally agitated—whimpering, frantically leaping up on us, then flattening herself on the floor in the yoga position known as Pancake Dog. If you’re a veteran dog person, you know what Lucy was telling us: she had done a Bad Thing.

To arrive at his insights, Barry compares himself to the family dog. After he got an audit notification from the IRS, for example, he “totally freaked out” and obsessed over it for week. If Lucy had received such a letter, however, she would have sniffed it “to determine whether it had been peed on by another dog, in which case she would also pee on it. That would be the extent of her concern.” And if the IRS agent came to arrest her, “she would greet the agents joyfully at the door.” Lucy would make the best of things, Barry realizes. “She knows something I don’t: how to be happy.”

Barry wraps his humor around each “Lesson from Lucy,” admitting his own foibles in the process. “At age seventy, I know a ton of people, but I have few close friends,” he confesses, and continues:

I am, through death and distance, losing and drifting apart from my friends. And what bothers me about this, when I stop to think about it, is that it doesn’t really bother me. The older I get, the more accustomed I am to solitude …

That’s me: content. No complaints.
But …
I’m thinking I shouldn’t settle for being content.
I think that, even at seventy, I should still be aiming to be happy.
Like my old—but still happy—dog, Lucy.

Which leads to Barry’s first “Lesson from Lucy”: “Make New Friends. (And Keep the Ones You Have.)”

All seven lessons blend dog tales with human stories and confessions, with humor and insight. None are groundbreaking, but all are useful reminders. Some resonate especially with those past a half-century – “Don’t Stop Having Fun. (And If You Have Stopped, Start Having Fun Again)” – while others apply to readers of any age – “Let Go of Your Anger, Unless It’s About Something Really Important, Which It Never Is.”

The book is easy to digest, enjoyable to read and good for you (you know what they say about laughter triggering endorphins). Barry’s humor knows no borders, and even the canine-ambivalent can give it a two paws up.

Lessons from Lucy: The Simple Joys of an Old, Happy Dog
By Dave Barry
Published by Simon & Schuster, April 2, 2019
Available in hardcover (240 pages), $26