‘My First Visit to Disneyland at Age 59’ 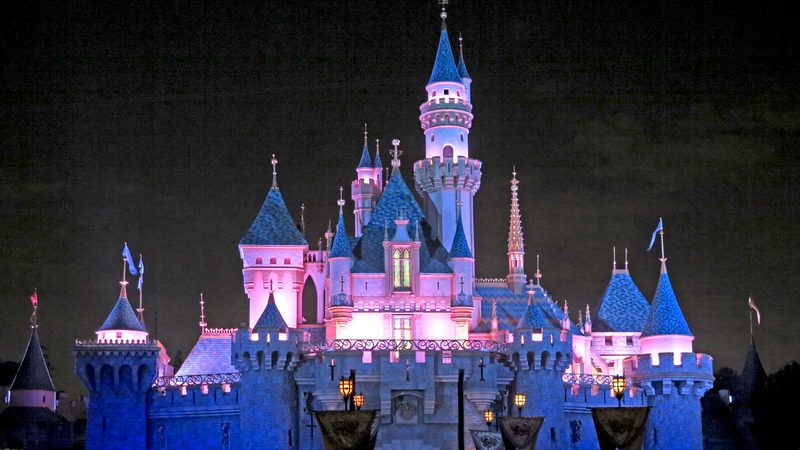 After a childhood of making Disney memories, R.G. Begora made his first visit to Disneyland at the age of 59, with unexpected results. He shares his experience with Boomer readers.

Back in 1973, my wife and I chaperoned a large group of newspaper carriers to Disney World. It was the first full year Disney World was open. My wife was pregnant with our second child at the time, and we thoroughly enjoyed the trip. All the magic of Disney was in full swing, and we had a great time. The park was nowhere near the size it is today, but Mickey was there in all his grandeur. I was 26 years old, and my lovely wife was 23 years old. As much fun as we had, I never considered the trip a life-changing event. Years later, this would all change for me.

Fast forward to 2006 and a new job brought my wife and me to San Diego to start a new adventure in our lives. The warm weather was a relief after many years suffering through the harsh winters in the Midwest. We did a lot of exploring the first few months and thought it would be a kick to head to Disneyland, which was only 90 miles away in Anaheim. I was 59 years old, and my wife was still three years younger. The kids were grown and lived back in the Midwest. So, two older adults decided to be kids again and we headed out to Disneyland early one morning. We had no huge expectations about our adventure because our memories of the Disney magic had faded after 33 years.

As we got closer to the park, we followed the traffic to the main parking lot and parked. We climbed onto the bus and were let off at the park entrance. Everything was brand new to us and we just followed the crowd through to the main gates. We paid for our tickets and walked through the entrance to the park. We continued through the turnstiles and stopped to admire the beautiful display of flowers prior to entering the park at Main Street. As we walked up the slight incline into the park, I began to feel emotional. So much so, that tears came to my eyes.

I didn’t know why I was becoming emotional, but I was. The emotions were completely unexpected, and my wife even noticed the change in my facial expression. I soon realized that ever since I was a little boy, I wanted to go to Disneyland. Not Disney World, but Disneyland. I became overwhelmed with those childhood recollections. And the emotions went right to “The Wonderful World of Disney”!

A childhood of Disney memories

I would watch “The Wonderful World of Disney” every Sunday night, and I watched Disneyland being built. Walt Disney would show the plans for construction, and I remembered watching large bulldozers pushing huge mounds of dirt. I saw the models of Fort Wilderness and the various rides Disney was planning, including the iconic monorail and the Disney Railroad. But it wasn’t just the plans for Disneyland. It was the whole Disney mystique.

My thoughts ran the whole spectrum of my childhood, from the Davy Crockett bedsheets my brother and I had on our twin beds, to every episode of “Spin and Marty” on the Mickey Mouse Club. My love affair with Annette and the wonderful animated Disney movies rushed back into my memory. And then, as I looked down Main Street toward Cinderella’s castle, I realized this was the place where all those memories could be found, hiding in a very large amusement park.

The whole day I was in awe of all the rides. We made sure to hit all the kiddy rides, including the teacups at the Mad Tea Party and Dumbo’s ride. I can remember with every corner we turned, another memory would jump into my mind. Totally exhausted, we watched the fireworks before leaving the park. 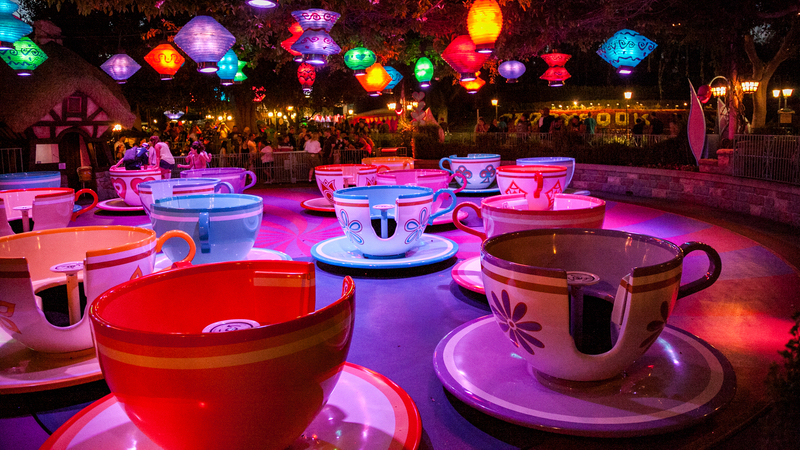 The next few years we would go to Disneyland on a semi-regular basis and eventually purchased yearly passes. The older we became, the more effort it would take to walk the park. Over the years, both of my children made it to Disneyland on visits to California. I always felt guilty about never taking our kids to Disneyland when they were little. To help make up for that, we’ve made sure our grandchildren have experienced the Disney magic. Once each grandchild reaches the magic age of 10, the age they can fly by themselves, we bring them to California to enjoy the sights and go to all the amusement parks in the area.

As I have become older, I suffer from motion sickness. No longer can I ride in the spinning teacups. The Dumbo ride is out of the question inasmuch as the last time I was on the ride, I almost lost my lunch. I was on the ride with my grandson and I was getting very queasy and he asked the purpose of the middle button. My mistake was telling him the button made Dumbo go up and down. Round and round, up and down, over and over again. I did all I could to keep from throwing up. Luckily, I made it through the ride, but barely.

And we can no longer walk the distances with our grandkids through the park. We are going to need the little electric carts they rent at Disneyland. This way we will be able to keep up with the little ones as they explore the rides and attractions. I know they will enjoy every moment at Disneyland. I also know that they will never experience the emotions like I felt when I first entered the park on Main Street and made many of my childhood memories flow from a happy childhood. My children and grandkids will always have good memories of Disneyland, but they can never experience the emotions of a little boy growing up in the ’50s and realizing a hidden dream of visiting the happiest place on earth.

Read more childhood nostalgia, from a Chinese restaurant and Disney memories to a New England Beach, and other contributions from Boomer readers in our From the Reader department.

Have your own memories or other stories you would like to share with our baby boomer audience? View our writers’ guidelines and e-mail our editor at Annie@BoomerMagazine.com with the subject line “‘From Our Readers’ inquiry.”