From soap operas to vineyards 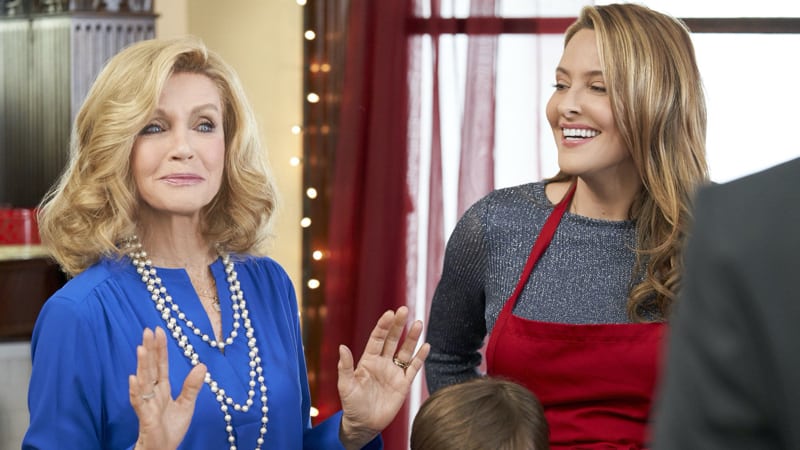 Toasting the New Year by raising a glass of wine on December 31 is a tradition with many families and friends. But unlike most year-end revelers, actress Donna Mills can welcome the New Year with a bottle of wine … from her own vineyard.

Schlepping up a hillside harvesting grapes probably wasn’t an activity soap vixen Abby Ewing might have enjoyed on the old CBS TV series “Knots Landing.” But Mills, who portrayed the manipulative character on the popular show for a decade, has no such reservations.

“I love working in the vineyard,” said Mills from Mandeville Vineyards in Los Angeles where she lives with partner and fellow winemaker Larry Gilman (see www.mandevillevineyards.com). “I’m up there in between the harvesting, too, because you have to maintain the plants.”

“Up There” refers to the half-acre hillside behind Mills’ 1-acre property which has been home to some 430 grapevines first planted in 2013. Before then, the area was overgrown with scrub brush and trees.

“One day Larry thought that maybe it could be converted into a vineyard. I said he was crazy, but he wouldn’t take no for an answer. So he called experts to survey the area who said the soil would be okay to grow grapes but it wouldn’t be easy.”

With the help of a work crew, the land was cleared, Malbec and Cabernet grapes were planted; the result of the first wines was rewarding.

“We won a silver medal at the prestigious San Francisco International Wine Competition for our first vintage,” said Mills. “That made all the work seem worthwhile.”

FROM ACTING TO WINE TO ACTING

Fortunately, the devastating California fires last October spared Mills’ property; although her family was forced to evacuate their house for several days. But there have been previous hardships. “We lost the entire crop (in 2018) because we had a weird heat event where it was 116 degrees up on the hill for 2 days,” she recalled. “It happened just as the grapes ripened so the heat turned them into raisins!”

Despite the career diversification as a vineyard owner, Mills still finds time for acting. She had three Christmas movies out last holiday season: “Christmas Wishes & Mistletoe Kisses” that debuted on the Hallmark Channel; she called it “one of those feel-good movies that Hallmark is famous for.”

While acting and winemaking may seem to have little in common, Mills sees a link.

Nick Thomas teaches at Auburn University at Montgomery in Alabama and has written features, columns, and interviews for over 750 newspapers and magazines.