Fond memories of matriarch from "The Donna Reed Show" 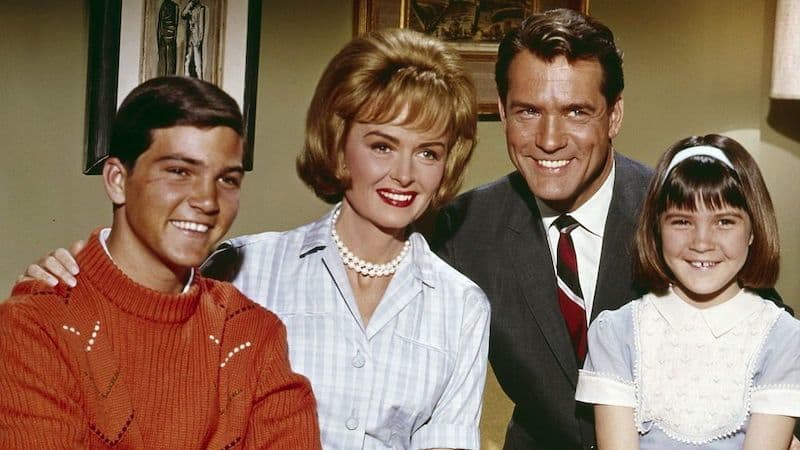 While most of us will be remembering mothers on May 10 this year, entertainers who worked as child actors in television sitcoms may also have special memories of their ‘TV mom.’ For Paul Petersen, that was Oscar winner Donna Reed, matriarch from “The Donna Reed Show.”

In 2018 for the anniversary of the show’s first broadcast, Petersen (and coauthor Deborah Herman) released “The Donna Reed Show: A Pictorial Memoir” (see www.micropublishingmedia.com).

“It’s kind of an archival look back at an iconic television show,” said Petersen who, like Reed, appeared in all 275 episodes during the series run from 1958 to 1966. “I wanted the book to not only examine the people who made the show, but to put television in the historical context of the period. During the 8 years, we went through a lot including illnesses, accidents, and national incidents from that era.”

One of the most memorable was the 1963 Kennedy assassination.

“We were rehearsing and a guy from the radio station across the street called with a real quiver in his voice asking for Donna,” said Petersen who remembers answering the phone. “Donna then told us the president had been shot and it shut down the studio. We just packed up and went home for a very painful weekend.”

Most of Petersen’s memories of the show are far more pleasant, however, like the first day filming on the set.

“Donna was from a little town in Iowa called Denison, in the county right next to where my mother was born around the same year,” he explained. “When I got the job, the most excited person in my family was my grandfather who insisted on taking me to work to film the pilot. He marched right up to Donna and said, ‘Donna Belle Mullenger (her birth name) I knew your dad!’”

Reed was gracious, and remained personable and well-liked throughout the series, according to Petersen. “We all got together for lunch and were very close – uniquely close compared to other television families.”

A potentially tragic incident occurred when Paul crashed his Pontiac Grand Prix during the series. But Donna came to his rescue.

“The accident was my fault and for punishment I had to ride a bicycle 8 miles to work every day. But Donna and Tony (her husband) felt sorry for me and gave me a brand-new Volkswagen Bug. I loved that car!”

During the show’s run, Petersen obviously called Reed ‘mom’ while filming; but it was always ‘Miss Reed’ away from the set.

“It wasn’t until four years after the show ended when I was in my mid-20s and we were at Chasen’s restaurant; I remember her learning across the table and saying, ‘Paul, I think it’s time you started calling me Donna!’”

Having a close ‘second mom,’ especially a famous one, could have created friction between Petersen’s real mother and the actress.

“I remember in an interview my mother said, ‘how could I ever compete with Donna Reed?’ But she understood I had an ongoing professional relationship with Donna; it sometimes required spending more time with her than my actual mother.”

“Donna was my de facto mother and guardian on the set, a pretty safe person to leave your kids with,” added Petersen. “She was an Iowa bred farm girl, the oldest of five children; she had lived through the depression and came out to California to be a Hollywood star and succeeded. [Donna] was a wonderful role model.”

Nick Thomas teaches at Auburn University at Montgomery and has written features, columns, and interviews for over 800 newspapers and magazines. See getnickt.org.