An issue that can connect across the aisle

During my late-elementary and junior-high years, I spent hours at a time wandering the woods and fields behind my family’s home in Buckingham County, with the family dog, Taffy, tagging along. I’d stop by the little pond, listening to the frogs and birds, watching the occasional fish break the surface and the water striders skim across the top. I’d spot signs of wildlife and the occasional deer, raccoon and rabbit. I would inhale the sweet, earthy fragrance of the loblolly pine stand, the ground soft with its carpet of pine tags.

Nature captured my heart during those years, an affinity that claims my heart still. Fresh air and soft breezes, trees, landscapes, mountains, flowers, a night sky draped with stars; the sounds of birds, insects and frogs, of waves and waterfalls – these provide my therapy, filling me with warmth and contentment.

Many others share such an appreciation for nature. On a warm, sunny weekend, people of all ilk make their way to the James River Park System, as do I. Walkers, runners, mountain bikers; couples, families, friends; Richmonders, visitors from out-of-town, out-of-state, even out-of-country; various races, ages and genders; and, undoubtedly, people of all political persuasions. The same scene plays out nearby – at Lake Anna, Virginia Beach, the Outer Banks, in the Blue Ridge Mountains – and throughout the world.

At a time when divisive issues seem omnipresent, whether in full eruption or a slow simmer just below the surface, nature can span the divide. After all, one party doesn’t have a corner on appreciation for the natural world.

We don’t all need to have warm fuzzies for Al Gore in order to love Mother Earth. Conservatives and liberals may disagree on political principles and propose different solutions but still agree that pollution and trash are eyesores and health concerns; that flora and fauna are to be cherished; that maintaining wilderness areas provides short-term and long-term benefits to people and the Earth; and that we are responsible for the world we pass on to our children and their children.

Ronald Reagan recognized this, saying, “Preservation of our environment is not a partisan challenge; it’s common sense.”

“Property rights, traditionalism, and self-sufficiency are among the values that impel the film’s subjects,” said Science magazine. “When you got more shingles than grass, it’s too late, partner,” said Dusty Crary. “You’re not going to get that back.” The film’s co-director, John Hoffman, told BuzzFeed reporter Katie Hasty, “Faith is an extremely important part of the entire [Knopf] family. Justin will be the first to say that he is here as a steward of God’s creation, and that in this time on Earth, he is here to protect the Earth.”

A MARATHON AND A SPRINT

We all benefit from nature, so let’s work together, in ways that harmonize with each other’s cherished principles.

Earth Day and every day, we can take individual actions to love the planet that gives us so much: recycle, compost, take public transit or walk and bike, landscape with native plants that need less water, fertilizer and insecticides, and conserve energy.

As for our political leaders and long-term solutions, here’s an idea! Maybe Congress should convene on a mountain or along a sandy stretch of beach, spend a few days hiking, splashing in the waves and soaking in their surroundings. With the relaxation provided by fresh air and time outdoors, perhaps they can more amicably discuss environmental solutions.

After all, nature provides the ultimate motivation. 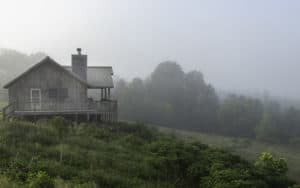 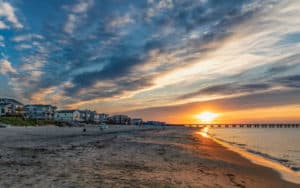