Home » Family » Falling for My Daughter: Oh the Extremes We’ll Go for Our Offspring!

Falling for My Daughter

Oh, the extremes we’ll go to for our offspring!

Several years ago, I called my daughter, Michelle, in Miami to make plans for her 21st birthday.

“Well, kid, I was thinking about flying down to Miami and taking you and a few of your friends out to a nice restaurant for your birthday.”

“That sounds great, Dad, but I was thinking about doing something a little more extreme.”

“Like how about if we go to a restaurant that serves really spicy food?” I said. “Wouldn’t that be extreme enough?”

“Come on, Dad, it’ll be fun. I’ve already checked it out. It’s a place called Skydive Miami in Homestead, Florida. They take you up to 13,500 feet, and they said you can see the Gulf Coast, the Atlantic Coast, Miami and even Key Largo. Oh, and it’s real safe, too, because they strap you onto an expert skydiver who spins you around like you’re on a carnival ride … Dad? … Are you still there? … Hello? … Dad? … Can you hear me?”

Skydive Miami comprised a small, blue, corrugated metal building, a rather short-ish-looking runway, and a rather small-ish-looking single-engine airplane.

The first 30 minutes of our skydiving experience consisted of signing more papers than it took to close on my last house. Mostly, we signed away our right to sue Skydive Miami in case something went wrong. But, apparently, the people at Skydive Miami had already figured out that it wouldn’t be us who would be suing them if something went wrong, so we had to sign even more papers that promised that our relatives, and even future generations of our relatives, would not sue them.

Michelle was ecstatic and trading wisecracks with one of the “expert skydivers,” who then proceeded to accessorize us with various belts, straps, buckles, goggles, altimeters and goofy-looking hats that had about a half-inch of clearly useless foam padding in them.

Then, our group of 11 boarded the plane by means of an ordinary stepladder and proceeded to cram ourselves into a space not much larger than a walk-in closet. Next, each of us was securely attached to the front of an expert skydiver who was, in turn, attached to a parachute.

As the plane gained altitude, I was amused to find that I was more comfortable sitting cross-legged on the un-cushioned floor of that tiny aircraft than I had been on the commercial flight the day before. And, even though there was no beverage service or snacks, there was also no screaming baby, which was a delightful first in my collection of long, scream-filled sky-miles.

After about 20 minutes, we obtained the advertised altitude of 13,500 feet, and then someone opened the side door of the plane. Michelle jumped first, and she left the aircraft with an exuberant scream.

A minute later, the only people still onboard the plane were the pilot, the co-pilot, the expert skydiver to whom I was attached … and me. And as I shuffled toward the open door with my expert skydiver and his precious parachute, the pilot turned around and shouted over the roar of wind and engine: “Thanks for flying with us. Watch your step and have a nice day.” The next thing I remember was seeing the plane disappear into a cloud … without me in it.

The free-fall portion of the dive really was like a carnival ride (a terrifying carnival ride that you can’t get off no matter how much you cry and beg the sadistic ride operator). But once the chute opened at 5,000 feet, my expert skydiver pointed out several landmarks below us – including a winery that I made a mental note to visit as soon as we landed.

By the time I set foot on Mother Earth, Michelle was already disconnected from her expert skydiver.

“Dad,” she yelled when she saw me staggering toward her, “That was awesome! I saw the Gulf Coast! I saw the Atlantic Coast! I saw Miami! I saw Key Largo! And even went through a cloud! How did you like it?”

“Michelle, I saw my life pass in front of my eyes like a PowerPoint presentation on Red Bull, and I almost saw my breakfast. I just hope I get some frequent-flyer miles out of this.”

“I dunno, Michelle, how about if we get something to eat instead, at some quiet, boring restaurant that serves really bland food … somewhere near sea-level?”

Mike Spriegel is a retired human resources manager and Richmond resident who occasionally writes stories from the relative safety of his home, which is only a few feet above sea level, has beverage service, snacks and no screaming babies. 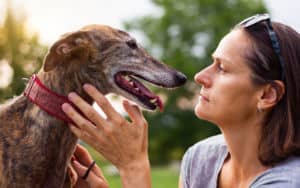 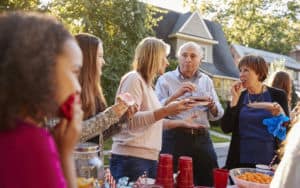