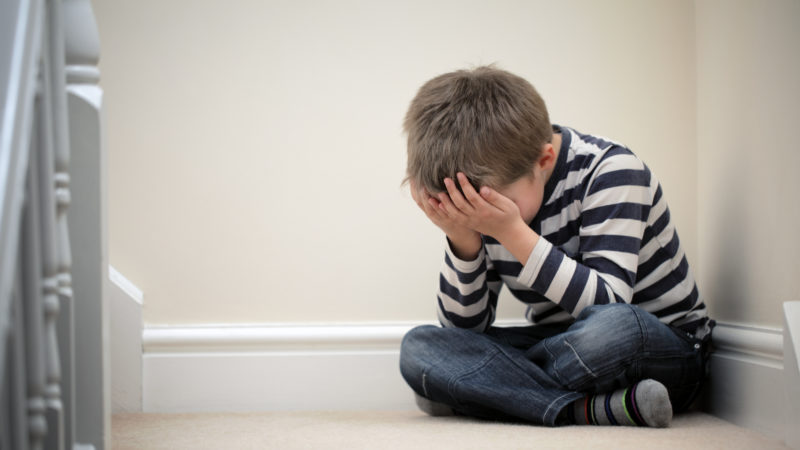 Jessica Gavin and I met over six years ago. She was 20-something, fresh-faced and dating a really smart guy named Patrick, who happened to be designing the blog I was developing at the time. Her smile was infectious, her passion for working with Patrick unmistakable.

Flash forward several years: engagement, marriage and three babies within as many years – I’ve watched this couple experience the excitement, exhaustion and sometimes heartache of becoming parents. Her Facebook posts have gone from wedding photos to funny one-liners: “I have a note on my phone that says ‘Important – do not forget Friday at 1 p.m.’ but I have no idea what is happening Friday at 1 p.m.”

A SUDDEN ONSET OF INEXPLICABLE BEHAVIOR

Although they’re blessed beyond measure with three young children, Jessica and Patrick have been blindsided with a syndrome that is barely understood, not only in the general public but also in the medical community.

The syndrome, Pediatric Autoimmune Neuropsychiatric Disorders Associated with Streptococcal Infections or PANDAS, means a lot of upsetting things to anyone raising children today. For parents and grandparents, it means the sudden onset of obsessive behaviors, anxiety, mood swings, irritability, depression and more. As if raising a small child wasn’t unpredictable enough, Jessica and Patrick began to see these behaviors in their youngest child, Dexter, as early as three weeks old. They quickly sought answers, only to be told he had autism. Doubtful, they kept seeking answers, until finally – after many medical and holistic treatments – they learned he had the syndrome.

What has PANDAS meant to them in their daily life, as they’ve continued growing their family?

Dexter will sing or say his “ABCs” 1,000 times in a week (no exaggeration). He sometimes licks his lips nonstop, asks the same question 50 times in five minutes, or acts super-aggressive with his little sister (more so than a typical big brother at his age). He may not be able to sleep or he may run cyclical fevers for months at a time.

THE CURES ARE FEW – AND HARD TO FIND

Antibiotics seem to be the only treatment that helps symptoms subside, but there’s always a fear that they’ll come back at any time.

Jessica and Patrick have taken serious – and what some may say are extreme – measures to help their son, to no avail. Acupuncture, naturopaths, biomedical treatments, you name it – these persistent parents have tried it. Hearing that goat’s milk would cure him, they rented a goat.

Dexter’s grandparents have been an integral part of their grandchildren’s lives, too, and where Dexter is concerned, they have to be extra cautious as illnesses can set off his symptoms. For example, Jessica’s mother may be a strep carrier – PANDAS is often associated with strep throat – and is being tested because Dexter seems to become ill when she’s around him.

The ripple effect of the disorder – technically, it’s not a disease – runs wide.

There’s often denial and second-guessing. This happens so often, Jessica tells me, that many parents aren’t even telling the grandparents about this illness – for fear they won’t understand.

“Would parents be so fearful discussing this if it were celiac or some other disease?” Jessica asks. “Absolutely not.”

Jessica is taking a bold step to create awareness and eventually, real solutions. She’s creating a nonprofit organization called PANS (Pediatric Auto-Immune Neuropsychiatric Syndromes) Research and Advocacy Initiative. A 501(c) status will eventually come, but for now she’s on the warpath to raise funds to enable the nonprofit to invest in medical research and permit experts to share their knowledge with leaders in Virginia.

Only one in one thousand families is diagnosed with the disorder, yet 100 percent of them are met with confusion, scant medical resources and providers, and immense confusion and misunderstanding in the public. Jessica knows of a child suffering from PANDAS who was nearly institutionalized – until the family was given information that led them to the cause of their child’s behaviors. That’s a possibility so vivid it’s terrifying.

For more information and to help, visit crowdrise.com/pansresearchandadvoc.