Insights from ‘Mare of Easttown’s’ Director and DP 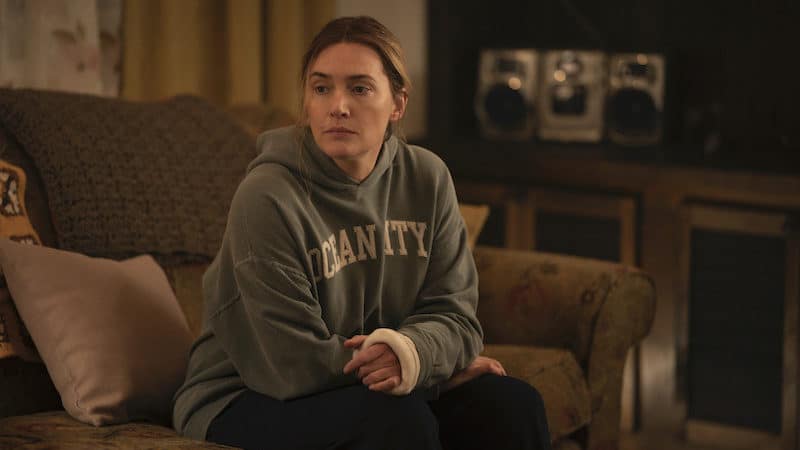 In many ways, HBO’s “Mare of Easttown” told two stories: one was a gripping, small-town murder mystery and the other was an exploration of grief and guilt for a mother, the titular Mare (played by Kate Winslet), who lost her son too young. Both pieces of the overall limited series were deeply emotional but, as director Craig Zobel puts it, “humanistic,” and therefore the show’s visual complexity came from the crew and actors challenging themselves.

A favorite example he and DP Ben Richardson reach for is when Mare is in therapy. What could be a simple shot-reverse-shot sequence between Mare and her doctor (Eisa Davis) is shaken up by multiple (at one point up to six) lighting changes. “We didn’t want to go as far as really heavy and gloomy or bright and glowing, but we wanted that lightness in the moments where she’s having certain experiences and a grayness when she’s not willing to engage yet – or not able to engage yet,” Richardson says.

Zobel and Richardson both came onto the project “late,” Zobel notes. That didn’t give them a lot of time to get together beforehand and work out plans. They had not worked together previously but, in the early days, took time to discuss what each considered “a good close-up” in order to find the visual language of the show. They needed to shoot out certain locations, so the entire seven-episode series was cross-boarded and block shot, which Richardson feels offered a “totality of authorship” over the look of the project.

Peek behind the scenes for the ‘In the Heights’ opening number

They didn’t develop specific rules about only shooting certain actors with certain lenses or in specific frame sizes. Instead, they allowed “respect for the actors” to determine how to tell each part the story, Zobel says. “It was more about making sure we had shots that would not be so complicated that we would miss the emotional performance because it was out of focus or there was some sort of dolly move. It was all about being careful with the performance.”

Adds Richardson: “In many ways, for an audience, the camera’s role is just to guide them when they need to be guided, but if they don’t it’s just about giving them room to sit back or sit forward and feel what’s happening.”

Although Zobel notes he is usually one for preparation, “Mare of Easttown” kept both men on their toes, not only because “it was important to not repeat ourselves with the same shot or same lighting scenarios” as the same locations were used over and over, but also because COVID-19 hit while they were shooting. This resulted in the need to shut down temporarily and then drastically change their working dynamic upon their return.

“Craig and I didn’t see each other for months of shooting; we were sitting apart, communicating over headsets,” Richardson says of filming during the pandemic. Additionally, the pandemic made them rethink how to change lighting setups when people had to cycle on and off set more often due to smaller sets, and they began “exclusively using remote [camera] heads” to keep crew further distanced from the cast.

“At that point I was just incredibly grateful that Craig and I had the shorthand where we could continue the aesthetic we were building working distantly,” Richardson says.