Age 50 and Just Getting Started 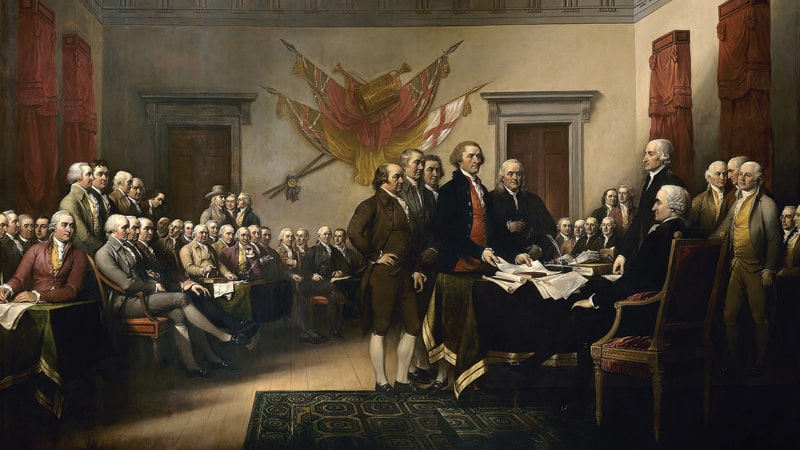 At age 50, Founding Father George Wythe was raring to join his friend George Washington on the battlefront, fighting the Redcoats in 1776. His colleagues, however, advised that he would be much more valuable if he stayed behind to help run the government and train younger leaders.

Their advice proved prophetic. During the last 30 years of this senior statesman’s life, he made amazing contributions to getting the young nation off to the right start. Fifteen of those years were spent in Richmond, where he is buried in historic St. John’s Churchyard.

Ironically, in the 21st century, George Wythe is often remembered more for his death than for his many significant accomplishments. He has the dubious distinction of being the only signer of the Declaration of Independence to be murdered – poisoned by a deranged nephew looking for an early inheritance.

The house where he lived and died stood at the corner of Fifth and Grace streets, and a plaque on a Grace Street storefront commemorates his life. Wythe immersed himself in a frigid shower every morning, even in winter, drawing water from his deep well. Among all of the Founding Fathers, he was likely the cleanest – most Colonials bathed only twice a year.

Virginia’s magnificent state Capitol, designed by Wythe student Thomas Jefferson, served as Wythe’s office when he served as Chancery Court judge. His body lay in state there in June of 1806, as thousands thronged to pay their respects to the great man, revered for his unusually fine moral character. He was the “only honest lawyer I ever knew,” quipped a clergyman.

Wythe is best remembered as a rock-star teacher, certainly the most influential teacher in American history. The nation’s first professor of law, he taught the first platoon of the country’s leaders from his classroom at the College of William and Mary, starting in 1779. After moving to Richmond in 1791, he continued to influence the next generation, privately grooming young Henry Clay of Hanover County to become one of the most outstanding statesmen in Congressional chronicles.

Wythe taught his law students much more than just the practice of a profession. He urged them to become citizen leaders, to serve America with integrity and intelligence. By the early 1800s, his former pupils were virtually running the country, with President Thomas Jefferson, Chief Justice John Marshall and legislator Henry Clay at the helm and a host of others in important local, state and national offices.

After he turned 50, this seasoned citizen was only getting started in making a difference in the world.

Suzanne Munson is author of the new George Wythe biography, Jefferson’s Godfather: The Man Behind the Man, available on Amazon. After a career in corporate communications, she served as statewide executive director of Historic Garden Week in Virginia. With family dating to the first decades of American settlement, she has always had a special interest in the nation’s Colonial period. Munson believes that America’s past provides essential lessons for the present and that the world would be better off with more leaders like George Wythe.