When custody is in the best interest of the grandchildren 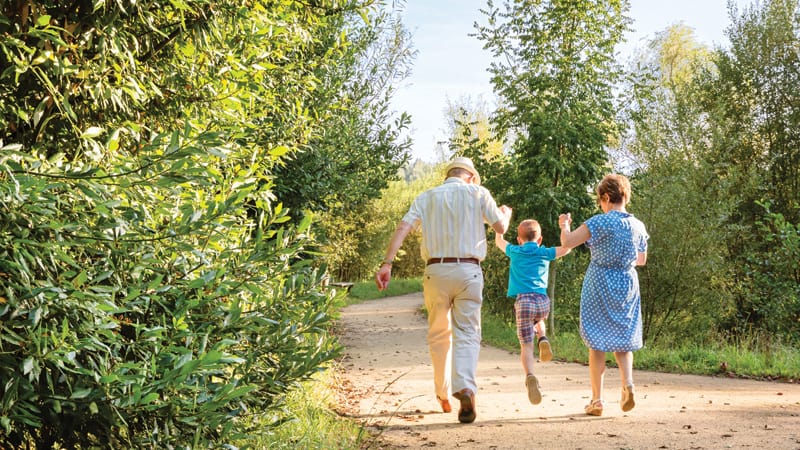 Increasingly, grandparents are feeling compelled to seek custody of their grandchildren.

“We have seen a marked increase in inquiries from grandparents worried about the best interest of their grandchildren due to the biological parents having some kind of impairment,” says Sandra Bowen, partner at the Richmond law firm of Bowen Ten Cardani. “I think the increase in addiction and the opioid epidemic is sending more grandchildren into homes of grandparents than we have seen before.”

Grandparents’ custody requests may be initiated by a parent’s issues such as incarceration or an addiction problem that has spun out of control. “Many times we see grandparents whose child has overdosed and died or died in tragic circumstances and the other parent is an addict or incarcerated,” Bowen says. “Grandparents are highly motivated to seek custody of their grandchild in circumstances like that.”

Before taking legal action, a grandparent should understand the obstacles and be sure they’re pursuing the best long-term options.

Often the grandchildren are already living in their grandparents’ home. There has been some “sort of informal arrangement that has become protracted,” says Bowen.

But getting custodial rights of a grandchild if one or both parents object is a “very high hurdle for grandparents to overcome,” Bowen adds, explaining that parents are presumed to be the best and most proper and fit custodians for their children.

Virginia statute allows the “court to grant visitation or custody rights (which can be sole or joint legal or physical custody) to a person other than the parents when the third party has a legitimate interest, which by definition includes a grandparent,” Bowen says.

The court must still “give due regard to the primacy of the parent-child relationship, but if the best interest of the child in having grandparent visitation is shown by clear and convincing evidence, the court may award visitation or custody,” she adds.

Custody can be hotly contested because of the financial benefits connected to having custody of the children. “[The custodian] may get food stamps and other assistance such as Social Security benefits,” Bowen says. “Sometimes [parents] don’t want to give up parental presumption because they see their impairment as being temporary.”

In some situations, the biological parents recognize their inability to take care of their child properly and turn over joint custody to their parents. However, “When they turn over custody they are giving up their parental presumption,” says Bowen. “They lose that forever when they give over custody to a third party.”

Melissa Taylor of Taylor, Taylor and Taylor encourages grandparents to ask an attorney for a consent order (a voluntary agreement between two or more parties to a dispute), either temporary or permanent. “It saves money and battles over fighting in court,” she says. “If they can’t come to agreement and there are immediate safety concerns, their attorney can try to get an emergency hearing.”

The Juvenile and Domestic Relations District Court will often appoint a guardian ad litem (child’s attorney) for any grandparent or third-party custody or visitation case. “The guardian will attempt to work out an agreement with all the adults involved that makes the best sense for the child,” Bowen says, adding that outcomes are based on the unique factors of each family’s circumstances. “Anytime family disputes can be resolved with an agreement [rather than a judge’s orders], there is a higher degree of compliance with the terms of the agreement.”

Rather than custody, grandparents might pursue visitation rights. “It’s a lower burden of proof,” says Bowen. “There is more chance you will get to your goal.”

Courts have taken the opinion that it’s the prerogative of the parents to decide whom their child visits, says Taylor. “You have a right to petition, but the court doesn’t necessarily award it. If both parents are against visitation, the grandparents would have to show that it would be harmful to the child not to have the visitation, such as the grandparents had been very involved in the relationship with the child and now it has abruptly ended.”

Visitation can be worked out between the parents and grandparents in some cases. If they are in agreement, “their attorney can send an order to the court that can set forth the visitation,” Taylor says.

“I encourage people to work it out,” she adds. “An attorney can be helpful in exploring the grandparents’ legal rights and helping them fashion an agreement that would address all the concerns without the parties going to court against each other.”

WHAT’S BEST FOR THE CHILD

Before making decisions about asking or fighting for visitation or custody, grandparents need to put aside any resentment against the parent and make sure they want custody for the right reasons – not for selfish, revengeful or self-serving reasons.

If remaining with the parents is not in the best interest of a child, transferring care to a familiar grandparent is often the best option. “The changes are minimized,” says Maria Kalevas, quality assurance supervisor with Richmond-based Child Savers. “It’s much less traumatic and can be more comforting” than being put into foster care.

In a grandparent’s home, many of the norms in their life – cultural, religious, holidays, etc. – can remain stable. “Pieces of their life remain the same,” Kalevas says. “Grandparents provide that link to sense of self. They know stories about the child’s parents that they can share.”

It’s traumatic for a child to be removed from a biological parent, so grandparents can and should provide stability and comfort. To ease the transition, grandparents should be positive, harmonious, responsive and predictable.

“They should practice open communication with the child,” Kalevas says. “They should be aware that the situation is different and new for the both of them … Grandparents should validate the child’s emotions and listen with an open ear rather than trying to change a child’s feelings.” Kalevas adds that a grandparent’s home should be a “safe place for a child to talk about a parent they are not with and talk positively about things they miss about their parents. Grandparents should not talk negatively about the child’s parent.”

In an imperfect present, following the right course of action improves odds of a brighter future.

Award-winning writer Joan Tupponce writes about a variety of subjects for publications that include O, The Oprah Magazine, AmericanWay, U.S. Airways magazine and AAA World.