Hope for Willow the Guinea Pig

When the vet says nothing can be done 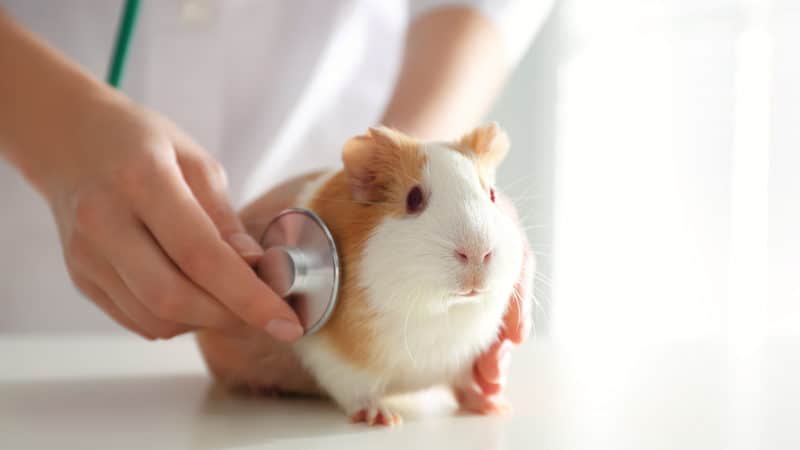 Despite a hopeless prognosis, Willow the Guinea pig fights cancer. Her owner, Andrea, tells a story of hope to help other owners through such a challenging time.

“Willow has a tumor growing on her uterus. She is too old to operate on, so we will give her palliative care going forward.” Those were the words I heard from my then-veterinarian back in November of 2019. My guinea pig, Willow, had been experiencing sporadic bleeding for months, so I decided to have an x-ray done. The x-ray showed that she had a tumor growing on her uterus. It was pushing against her other organs, which caused them to become inflamed and irritated, which resulted in bleeding.

I left the vet’s office in utter disbelief. I was told that my sweet girl was living on borrowed time, and there was not much that I could do. Since I trusted my vet, I accepted this diagnosis, and we moved forward. Every few months Willow would have a flare up and start bleeding, but after I administered a round of medication to her, the bleeding would stop. This went on for over a year.

Fast forward to February of 2021. Willow started bleeding again, and I gave her the medication that usually stops the bleeding, except this time the bleeding did not stop. I called my vet, but they were too busy to get Willow in for an appointment. The receptionist told me that since she was too old for surgery and she would not stop bleeding, I may need to put her to sleep. Panicked, I started searching for another exotic vet. I found one, and they were able to see Willow the next day.

This vet was very different from my previous vet. She agreed that Willow’s prognosis was not good, but she offered me hope. She said that at this point her only real chance of survival was to get spayed. The procedure would remove all of her female organs, including the tumor growing on her uterus. She told me that the surgery would be incredibly risky not only because of how invasive it is, but because of her age (she is 5 years old and considered a senior guinea pig). However, since Willow was otherwise healthy, there was a small chance that she would pull through. After going home and agonizing over what to do, I made a decision: I decided to go through with the operation. I could not put Willow to sleep, as she was still so vibrant and full of life. I wanted to give her a fighting chance to survive.

We arrived at the vet’s office, and before I dropped her off, Willow and I had a heart-to-heart. I told her that I would do everything in my power to make sure she survives the surgery. I told her that as long as she does not give up on herself, that we would get through this together. She looked at me like she understood. With my tear-stained face, I gave her one last kiss and handed her to the vet.

I could not concentrate at all throughout the day, and I kept glancing at the clock. Finally, the vet called me with an update. She said that Willow was still on the operating table. When she opened her up, what she found was much worse than she had anticipated. Willow’s tumor had grown to the size of a tennis ball, her uterus was filled with pus and infection, and her bladder contained four stones that needed to be removed. I was in complete shock. Her tumor was the size of a TENNIS BALL? Her entire body is about the size of two tennis balls! Plus, a massive infection and bladder stones? My heart broke as I realized how much she had probably been suffering. The vet said that Willow was not out of the woods yet. She needed to make sure that she woke up from anesthesia, pooped, and started eating. Even if she did all that, the next two weeks would be critical for her, and I would need to monitor her closely. I thanked the vet and asked her to please call me with any updates.

I immediately turned to my Instagram family for support. I shared what was going on with Willow and asked everyone to pray for her and send good vibes her way. My girl needed a miracle at this point! I was flooded with messages of love, hope, and support. Their responses gave me the strength I needed to stay positive.

The vet called me a few hours later and informed me that Willow was miraculously doing well! She woke up from the anesthesia, started pooping, and was eating blueberries. I started to cry happy tears; I was so relieved!

When I picked her up from the vet, she looked like she had been through hell and back. I said, “Hi my little fighter!” and she immediately perked up. We got home, and I had a separate cage set up for her. She usually lives in one cage with my other two guinea pigs, Ziggy and Penny, but I wanted to give her space to recover without two nosy guinea pigs bothering her.

I stayed up with Willow all night keeping an eye on her, and I fed her critical care every four hours. She was eating on her own, but I wanted to get extra nutrients into her little body. I finally went to bed for a couple of hours and woke up at 8:00 am. When I went in to check on her, I could not believe my eyes. She was standing on the cage bars begging for breakfast likes she always does! She was acting like she did not just have major surgery the day before. The vet called me to check on her, and sounded a little nervous, like she was worried she may not have made it through the night. When I told her how well Willow was doing, she was over the moon with joy. She referred to Willow as a Miracle Piggy. From that point on, Willow continued to heal beautifully, and is now back to her old, spunky self.

If I decided to not go through with Willow’s surgery, she would not be here with us today. Just because one vet may not be willing to perform a procedure, does not mean that they all will have the same opinion. It is important that you do your homework when something is wrong with your guinea pig and go to your vet prepared. If something does not sound right, do not be afraid to get a second opinion elsewhere. Some vets are more cavy savvy than others, and the more armed with knowledge you are, the better.

Andrea is the owner of The Michigan Paw, a shop that sells handmade accessories for small to medium-sized pets. She has been featured in Carefresh, Buzzfeed Pets, Crown & Paw, and Guinea Dad. In her free time, she enjoys crocheting, riding her bike, and taking photos of her guinea pigs. Follow her on Instagram and Facebook @TheMichiganPaw

The best pets for seniors