Boomers trying to preserve their health and quality of life may decide in their sixth or seventh decade to face problems that they once put on the back burner. 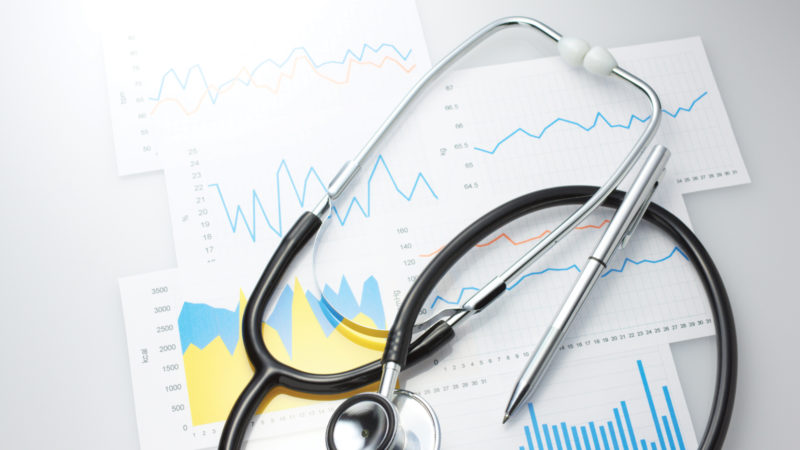 Boomers trying to preserve their health and quality of life may decide in their sixth or seventh decade to face problems that they once put on the back burner.

By now, most boomers know whether their cholesterol or blood pressure is too high. The once-vaunted and controversial BMI (body mass index) many boomers tried to understand as a health indicator is now disputed by several recent studies. Women may have their bone density measured as they confront the threat of bone loss, while men get their prostate-specific antigen (PSA) numbers checked.

When the doctor declares the need “to run some tests,” it’s either to diagnose a problem, rule something out or set a baseline. The results and the patient’s medical history help determine whether the patient is healthy or might need treatment to manage an ailment or require additional tests for a firm diagnosis.

Troubling numbers should not automatically set off alarms, because some people with abnormal test results can function normally, said Dr. Susan Roseff, chair of the division of clinical pathology in the pathology department at the Virginia Commonwealth University Health System. “That number is just a number. It’s an average of a general population that is tested,” she said. In some cases, when the numbers look fine and the patient doesn’t, the physician might say, “I still think something is wrong,” and follow up, Roseff said. Or it might be: “You’re getting older, but I think you’re fine, so maybe let’s look at this in six months or a year.”

One such repeat test might come after an initial positive test for Type 2 diabetes, when the body cannot properly use the insulin it makes. Age, along with obesity, a family history of diabetes or a sedentary lifestyle, increases your risk. According to the American Diabetes Association, those over age 45 should have an initial blood sugar screening, and if the results are normal, a screening every three years thereafter. This test, done as part of a regular checkup, may show levels higher than normal, but not high enough to be called diabetes. These pre-diabetic patients would be told to lose weight and exercise more to help delay or prevent the development of diabetes.

After diagnosis, diabetics often face testing several times a year until they can manage the disease. The A1C test checks how well the patient manages the disease. As it measures the average blood sugar level for the past two to three months instead of a level at a specific point in time, it better reflects how well a patient’s treatment plan works. This test, which now can be used for diagnosis, might be repeated several times a year.

Liver function tests check the levels of certain enzymes and proteins in the blood to screen for infections such as hepatitis, monitor the progression of diseases such as cirrhosis, determine whether treatment is working, and monitor possible side effects of medications, such as statins.

In 2012, the Centers for Disease Control and Prevention urged all boomers to receive a one-time hepatitis C test. One in 30 boomers is infected with the virus, and most don’t know it. Hepatitis C causes serious liver diseases, including liver cancer, and is pushing the demand for liver transplants.

“A one-time blood test for hepatitis C should be on every baby boomer’s medical checklist,” said CDC Director Dr. Thomas Frieden when the recommendation was announced.

The CDC predicted that with the one-time screening, an additional 800,000 infections could be diagnosed. Many people could benefit from treatment, which now includes the possibility of a cure from expensive drugs taken over several weeks or months. Medicare covers the one-time screening for boomers but is still determining standards for those patients who want to take the new medications.

A physician who suspects kidney disease might order a creatinine test. Normal kidneys filter out waste in the blood, which is then excreted while protein and other helpful substances remain in the bloodstream. Damaged kidneys allow waste products such as creatinine to accumulate in the blood. People with high blood pressure or diabetes may also have high creatinine levels and could suffer kidney damage.

To measure the creatinine as it’s flushed from a patient’s body, urine is collected for 24 hours and then analyzed. This test can help more accurately assess whether or to what degree the kidneys are failing.

The normal range for creatinine in the blood can vary from lab to lab, as well as by gender, age and other medical problems. The level may temporarily spike if the patient is dehydrated, has a low blood volume, eats a large amount of meat or takes certain medications, so a test showing high levels of creatinine may require more testing to confirm the results.

As more is learned about the link between chronic inflammation and heart health, physicians may test patients for C-reactive proteins, a cardiac enzyme. Inflammation of the arteries is linked to a greater risk of heart disease, heart attack and stroke. This test is performed typically when a patient has Crohn’s disease or autoimmune arthritic diseases. CRP is measured with a simple blood test, which can be done at the same time cholesterol levels are checked.

The American Heart Association does not recommend CRP testing as routine screening for people who are not at high risk for heart disease. Dr. Carolyn Burns, a cardiologist with Virginia Cardiovascular Specialists, says other tests may provide more information if you have signs or symptoms of a heart problem. If a patient has as an irregular heartbeat or unexplained fainting, the doctor may order an electrocardiogram.

An EKG records the strength and timing of electrical signals passing through the heart muscle, which contracts to move the blood. It can detect an abnormal heart rate or whether there’s a slowing of electrical conduction, which might be age related or indicate an underlying problem. It may also show signs of a previous heart attack. EKG “is a very powerful tool,” Burns said.

Boomers may be familiar with the exercise stress test, a diagnostic tool for an abnormal EKG and symptoms such as palpitations or struggling to catch one’s breath climbing stairs. If the EKG doesn’t provide enough information, cardiologists might have the patient wear a Holter monitor for 24 to 48 hours, or even as long as three months, to record any irregular heartbeats.

Pulmonologists often see patients who attribute to their hearts symptoms such as windedness or failing to keep up with grandchildren. When cardiology tests are normal, patients often are referred to have their lungs checked.

The lungs continue to grow until a person reaches about age 25. That’s when we achieve maximum lung capacity, which then decreases with age, usually imperceptibly. In addition to age, smoking and asthma can also affect lung function. Spirometry, which measures how much air we can take into our lungs, and how much and how fast we can expel that air, is typically the first pulmonary function test to be performed.

Sometimes, the findings surprise the patient. A patient who had asthma as a child and then grew out of it may re-experience that sensitivity, often in early retirement. Wong said it might be partly due to a patient’s recent increase in activity and simply being more attuned to their health.

Another possible cause of that shortness of breath, Wong said, “could be a peripheral muscle issue.

“Folks get out of shape. Sometimes it’s reassuring that, yeah, you can exercise more and you’re not going to fall apart,” he said. “Stay active and be safe when you do it. That shortness of breath could improve with your activity level.”

VCU’s Roseff said that it’s wise to remember that test results aren’t the only factor to consider about your health. “It’s the importance of looking at the whole picture,” she said, noting that a physician will also look to the patient’s medical history, the patient’s familial medical history and the environment the patient lives or works in, among other factors. “The lab test is not a panacea.”