Home » Family » Health » Health: The Art of the Slow Cooker

Health: The Art of the Slow Cooker

Utilizing this magical appliance to its fullest 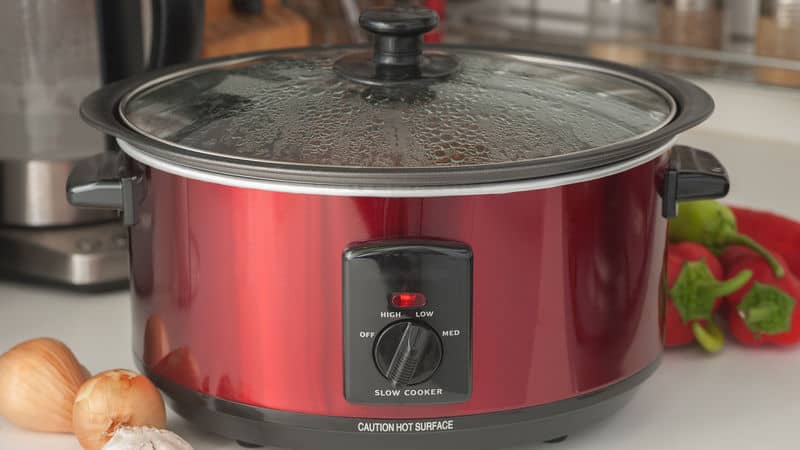 The slow cooker might be the most functional appliance in your kitchen: You can toss a handful of ingredients in it before leaving for work, then come back eight hours later to a delicious meal. Magic!

So how does the slow cooker do what it does? By being amazingly low-tech. The appliance – consisting of a metal casing, a stoneware insert and a tight lid – duplicates the long, slow simmer of a centuries-old cooking technique called braising. But while old-school braising ties cooks to the kitchen for long periods of time, contemporary slow cooking sets cooks free. Depending on their size, slow cookers use approximately 250 to 300 watts, making them safe to be left unattended. Here’s how to make the most of yours.

1. Use a slow cooker with surrounding heat.

Use a slow cooker that has coils around the pot (as opposed to a cooker with a removable bottom). Cookers with heating coils heat food more evenly than those with the heating element below the crock. Surrounding coils indirectly transfer heat to the inner crock of the low-fuss slow cooker, maintaining temperatures between 180 F and 300 F.

Pressure builds in the cooker, and the juices that normally flow from ingredients — especially meat — during cooking are held in by that pressure. The result? Moist, tender meat and veggies without adding extra fat and calories to get there.

2. Use the right-size slow cooker.

A 9-inch square pan holds 10 cups, making it cook best in a 3- to 4-quart slow cooker. Be sure to fill it at least half full, but no more than two-thirds full for best results.

Slow cooking requires room for steam and pressure to build in the cooker. As the food heats and cooks, it releases steam, and condensation builds under the lid. Removing the lid during cooking releases heat and adds cooking time. If you need to lift the lid to stir in ingredients during cooking time, do so quickly.

Always thaw frozen meat and poultry before cooking. Frozen meat will slow the rate of cooking, making food hover in the food-safety danger zone for too long.

If a standard recipe calls for milk, cream or cheese, it’s ideal to add those ingredients at the end – either during the last half-hour of cooking or after the dish is completely cooked.

6. Use the right ingredients.

Hearty veggies and fruits hold up well for long cooking periods and are the perfect accompaniment to slow-cooked proteins. These less tender (and less expensive) cuts of meat are ideal for long, slow, moist cooking:

Better Homes and Gardens is a magazine and website devoted to ideas and improvement projects for your home and garden, plus recipes and entertaining ideas. Online at www.bhg.com.