How Dementia Can Drain a Family's Life Savings 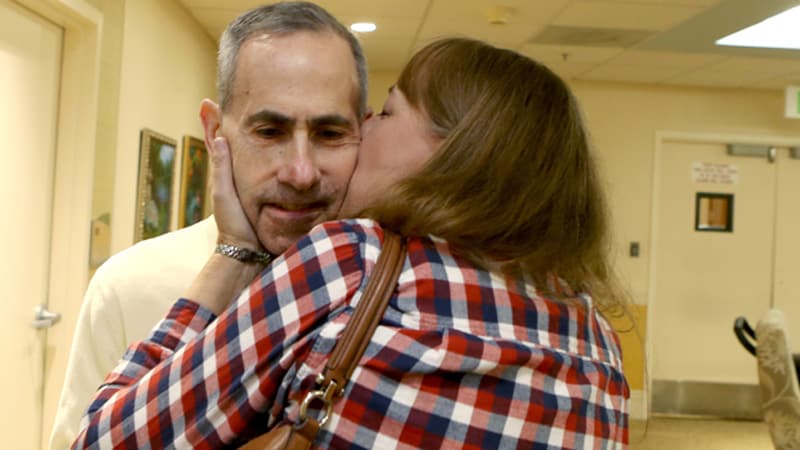 If Denis Winter suffered from heart failure, cancer or almost any other deadly disease, his family could rest assured that his care would be largely covered by insurance.

But Winter has Alzheimer’s disease. So the extraordinary cost of his care – $8,500 a month, or $102,000 a year – is borne entirely by his wife, Linda. It is quickly draining their lifetime of savings.

“It is terrifying,” said Linda Winter, 64, of Orinda, Calif., who has so far spent more than $350,000 and could be left destitute by the illness of her 65-year-old husband, who no longer recognizes her. “Could I end up in old age under a bridge in a cardboard box? That is my fear.

“Medicare is a lifeline for seniors and the disabled, paying for ‘medically necessary’ costs such as hospitalization, surgery, chemotherapy, transplants, medications, pacemakers and other interventions.

A dementia diagnosis demands none of that. What it does require, however, is around-the-clock “custodial care,” such as help with eating and dressing, and constant supervision. That’s not covered by Medicare. And it’s extraordinarily expensive, according to a report released last month by the Alzheimer’s Association.

Families’ out-of-pocket costs for a patient with dementia are 80 percent higher than the cost for someone with heart disease or cancer, according to a 2015 study in the Annals of Internal Medicine.

“The costs were high for everybody, but among those with dementia, they were astronomical, to the point of impoverishing the spouse, with many years still ahead of them,” said Dr. Amy S. Kelley, a geriatrician at Icahn School of Medicine at Mt. Sinai Hospital in New York City and lead author of the paper.

Families are projected to spend $60 billion for the care of their loved ones in 2018, according to the Alzheimer’s Association report. As the number of older Americans climbs, so does the prevalence of dementia – and the financial crisis facing families. The disease also can strike someone in the prime of life. In the U.S., about 200,000 people have early onset Alzheimer’s, according to the organization.

The average lifetime cost of care for a person living with dementia was $341,840 in 2017, with 70 percent of this cost borne by families through out-of-pocket payments and the value of unpaid care, according to the report.

The price tag for Denis Winter, a professional classical musician with a doctorate in music who was diagnosed with early onset Alzheimer’s eight years ago at age 57, has already surpassed that. And because he’s only 65 and in good physical health, he could need many more years of increasingly intensive care, pushing costs still higher. The average patient survives eight to 10 years, but those with early onset of the disease can live for another two decades.

“His doctor says: ‘He’s relatively healthy, other than the fact that I can see holes in his brain,’ on magnetic resonance imaging scans,” Linda Winter said.

Denis Winter, a former professor of music at University of Central Arkansas, worked all his life, saving for retirement with a 403(b). He taught for 30 years, including a two-month residency in China, and he played trombone and euphonium – a large baritone horn – with the Arkansas Symphony, the U.S. Coast Guard Band and at Michigan’s prestigious Interlochen Center for the Arts, as well as in Europe and South America.

Friends and colleagues remember his warmth and talent. “He was ambitious, energetic and inquisitive during the years that I knew him as a doctoral student,” said Don Little, Professor of Tuba at the University of North Texas College of Music, where Denis earned the university’s first doctorate in euphonium performance.

Linda, a singer and conductor, was his teenage sweetheart while at Cleveland Heights High School; he charmed her by helping carry her books home after class. He was quiet and she was lively; over time, their lives took separate routes. She went on to earn an MBA and is now director of sourcing, managing suppliers and purchasing strategies at San Francisco’s Pacific Gas & Electric.

They were thrilled to re-discover each other in their early 50s, falling in love after a date at the San Francisco Symphony.

Then, only six years into their marriage, Denis developed mystifying symptoms. He had trouble keeping rhythm. It took longer for him to read music. Always punctual, he was often late for students’ lessons and programs. He got lost while driving home after an evening’s performance.

For several years, Linda cared for him at home, despite a demanding job where she managed a team of 60 employees and negotiated the utility’s contracts with suppliers.

But it proved exhausting. She brought in caregivers to help from 7 a.m. to 7 p.m. but was alone at night. Over time, she sickened, developing infections, high blood pressure and pre-diabetes.

“He’d get up like a Jack-in-the-box in the middle of the night and start walking around,” she recalled. “He’d cry out, ‘Hello, who is there?’ whenever you’re in the bathroom or shower.”

The cost of hiring in-home caregivers for around the clock care is expensive, especially for those with skills to help dementia patients and be strong enough to pick them up if they fall or need to be transported. Eventually, it was no longer safe for Denis to remain at home. Experts say it is a sadly familiar scenario.

“No family can do that. Memory care is 24-7,” said Ruth Gay of the Alzheimer’s Association of Northern California and Northern Nevada. “We see caregivers going down before the patient does.” Now at a Danville facility, Denis is well cared for, so Linda can earn income and keep her health insurance. He only speaks a few words. Although he’s safer than he would be at home, he’s still at risk of injury, sometimes walking into windows because he doesn’t recognize glass. Like other dementia patients, his behavior can be inscrutable and heart-breaking. Recently, he took down the framed family photos on the wall.

Despite her near-daily visits, Linda is a stranger to him. So she welcomes him with a warm smile, a hug and an introduction. “Hello!” she says. “I’m Linda, your wife!”

Experts say that most families are unprepared for the financial burden of dementia, assuming that Medicare and personal savings will cover the diseases of aging. Long-term care insurance, which can be purchased separately from a medical care plan, is designed to pay for skilled nursing care or basic in-home assistance such as help with bathing and dressing. But it is expensive, and premiums rise as people age. Denis did not have it.

While patients with cancer and heart disease don’t need nursing care until their final weeks or days, if at all, dementia patients may need custodial care for many years.

“If you have hospitalization in people with Alzheimer’s, Medicare will pay for almost all of it,” said Dr. Kenneth Covinsky, a geriatrician and professor of medicine at UC-San Francisco

But it won’t pay for a memory care facility. And if the patient is at home, “God forbid you need a day off, or help with care – that comes out of your pocket,” he said.

“That’s because America’s health care system is structured to pay for services,” said Mt. Sinai geriatrician Kelley. “Helping living a daily life – that’s not a service, it is supervision, so it is the family that carries that burden.”

Kelley said that absent a cure for dementia, Medicare should be revised to pay for home care or a memory care facility to help families with finances.

Medicaid, the government health insurance for the poor, might help once Denis meets the standard of poverty. But it requires that people be sick enough to need skilled nursing. If a person only has dementia issues, Medicaid coverage is not available.

Divorce is unthinkable for Linda. And their savings will last only another three to four years. She hopes to keep working as long as possible and has cut costs to make their money last, stopping cable, meals out, travel, religious contributions and extras such as cleaning, nails, hair and nonessential shopping. She leans heavily on PG&E’s employee assistance program for counseling.

“I am responsible for his care, even if it financially ruins us,” she said. “That is the constant worry. How am I going to do it?”