‘Night of the Living Dead’ still lives for Judith O’Dea 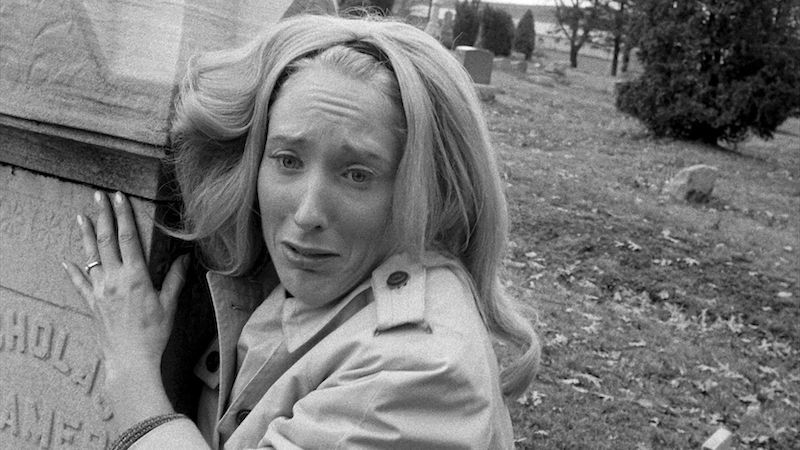 When Halloween returns each October, so do the 50-year-old memories for actress Judith O’Dea, who starred as Barbra in the 1968 horror classic Night of the Living Dead, as one of several characters taking refuge in an isolated farmhouse under attack from flesh-eating ghouls.

O’Dea remembers watching the film on the big screen for the first time when it premiered in her hometown of Pittsburgh, where the film was also shot, although she recalls identifying more as an audience member rather than one of the cast.

“I looked at myself and began critiquing my performance,” said O’Dea from Los Angeles. “Then suddenly I found myself forgetting it was Judith O’Dea up there and became wrapped up in the storyline. That was a wonderful indication of a powerful story that could hold people’s attention.”

Sign up for our monthly Nostalgia e-newsletter and other e-newsletters tailored for boomers!

Over the years, O’Dea has also learned to look beyond the film’s horror scenes and appreciate director George Romero’s filmmaking skills.

“There’s a scene where I’m pressing the button on a musical box which George was shooting from the floor up,” she explained. “He was shooting right through the box, and for a fraction of a second you see Barbra’s eyes, which I thought was a beautiful artistic shot. Then at the end, when it alternates between still shots of the bodies and live-action, that was a great effective use of the camera.”

The film, says O’Dea, broke barriers in the industry.

“As an independent movie made outside Hollywood, it raised its own money; which I guess you could call one of the first Kickstarters for a film,” she says. The film was shot on a shoestring budget of just $114,000. “It was also filmed almost like a docudrama – unusual for the ’60s – and there’s no happy ending because everybody died.”

O’Dea says her final scene, being dragged from the farmhouse, still haunts her.

“In your mind it’s all pretend, but you get involved in the scene,” she said. “With all those ghoul hands grabbing at me, it was actually quite frightening. It took me back to the fear I felt as a child when I saw Vincent Price’s face fall apart in the (1953) House of Wax. That scared me so badly my folks had to take me from the theater. Whenever I’m called upon to be frightened in a role, I just think of that Vincent Price scene.”

‘They’re Coming to Get You!’

Another memorable scene from the film produced one of the classic lines in all horror films, said to O’Dea’s character by actor Russell Streiner, who plays her brother in the opening cemetery scene shot at the Evans City Cemetery in Pennsylvania.

“I don’t think a week goes by that someone doesn’t come up to me and say, ‘They’re coming to get you, Barbra!’” says O’Dea, laughing.

So has she grown weary of hearing the quote through all these years?

“How could I be tired of hearing something that has changed my life so considerably?” she says. “I love it when fans repeat the line to me. I feel so lucky to have been a part of something that was so different and has lasted so long.”

Nick Thomas teaches at Auburn University at Montgomery, Alabama, and has written features, columns, and interviews for over 850 newspapers and magazines. Besides this look at Judith O’Dea in Night of the Living Dead, he has written numerous “Where Are They Now?” articles for Boomer.