Just Flowers: Memories of My Mother

"They weren't just flowers to Momma" 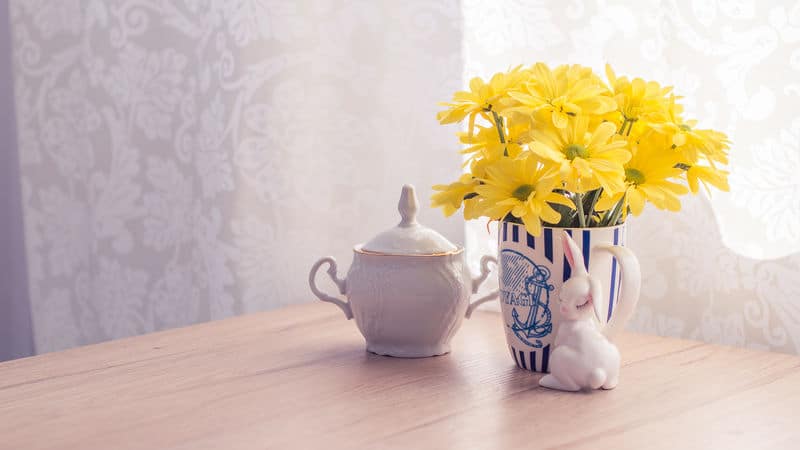 Like a thousand little kids before me, I’d pick the yellow flowers out of the front yard and run up the three barn-red steps and through the door of the tiny white stucco house of my childhood.

Sometimes, I’d say, “Momma, I brought you some flowers!” and, sometimes, I’d just hold them out. She would smile and take them from me and say, “Thank you, they’re beautiful!”

Then she’d take the sun-shriveling and dying-quickly dandelions and put them in a Flintstones glass of water where they’d sit on the kitchen table until they drooped down over Barney’s head. Then they would disappear. They weren’t just flowers to her.

Momma loved the roses that grew outside the kitchen window that I looked out of so many times as a child wondering what this big world held in store for a poor country boy trapped in the gray, smoky city.

At times, my brother or I would snip a few of the roses off and bring them into Momma. She’d go through the same routine: big smile, Flintstones glass of water, droop over Wilma or Fred, disappear.

But they weren’t just flowers to Momma.

I remember one time – it had snowed a goodly amount and the roses were still blooming on the front-yard bush. A local newspaper photographer noticed the snow on the roses and asked Mom if he could take some photos. Of course, she let him, and the picture below the fold was the talk of the neighborhood for a few days.

That scene stuck with Momma for the rest of her life. They weren’t just flowers to her.

As time went on, the little kid’s flowers stopped coming through the front door, and we boys grew into something like men and moved on with our lives.

Girlfriends got bunches of flowers, wives got their fair share of roses and tulips and daffodils, but I don’t recall seeing any flowers on Momma’s kitchen table anymore.

She was just lying there, looking permanently pretty at 76 years old; her blond hair now much more silver than blond; her face soft and etched with tiny wrinkles that I’m sure I placed there. I recall her looking like she may be preparing for a journey – a sweet, last-train journey to somewhere where she wouldn’t have needles and probes and pacemakers attached to her. A place where she wouldn’t have to worry about her errant boys getting into mischief, falling out of trees, needing stitches and hugs.

I was the last one there, and finally, a sheepish-looking, but kind, funeral director asked me if there was anything he could help me with as they were closing for the night.

I didn’t want to leave her, but I pulled together a thought – she’s not in pain anymore; she’s in God’s hands now.

As I took one last look at her, I kissed the tips of my fingers and touched her cheek.

I looked around and realized I’d never seen so many flowers in all my life. The funeral director saw me looking around the room and plucked one particularly beautiful crimson rose from one of the arrangements; he held it out for me, just like I had done with the dandelions for Momma many years before. I held it close to my chest; it seemed to have its own heartbeat.

He shut out the lights and I went on out into the cold night. But this time there’d be no Flintstones glass filled with water and placed on that old plastic and chrome kitchen table. I took the rose home with me and set it on the end table beside my easy chair. Soon the petals fell off and I threw it away. It disappeared under tossed newspapers and coffee grounds.

They weren’t just flowers to Momma. They were love.