As the actress continues to touch lives, Caroline Ingalls would be proud 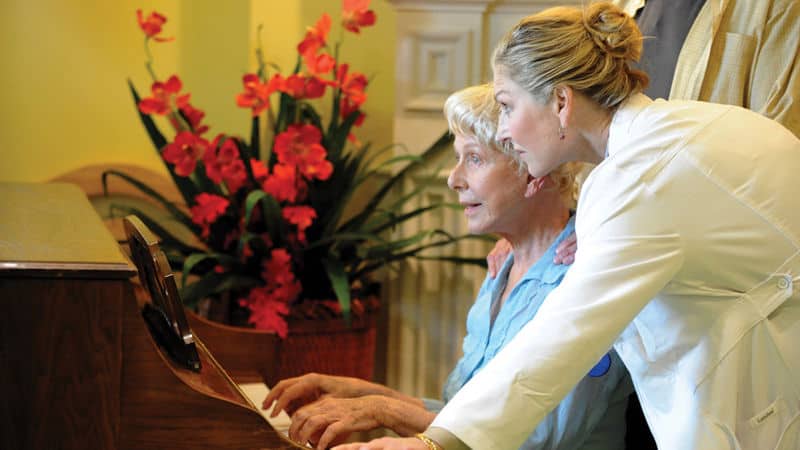 Author Karen Green recently observed how the character of Caroline Ingalls, the mother in Little House on the Prairie, influenced a generation of women. “In all those hours spent watching Ma, a small seed of feminism had been planted, taking root and ready to break the surface,” she reminisced. “Some girls had Charlie’s Angels. I had Caroline Ingalls.”

In this, the 46th anniversary of the show debuting on NBC, the actress who played Ma Ingalls, Karen Grassle, couldn’t be more pleased that the program still resonates with female viewers.

“Every 10 years we get a whole new generation of girls watching it,” she says.

Grassle proudly notes that she was a feminist even as a child. “I was brought up to ask a lot of questions,” she explains. “It was always in my nature to notice that girls weren’t getting the same opportunities as boys.”

THE DIFFERENCE OF A MOTHER

Over the years, reviewers have credited Ma as being the glue that held the Ingalls family together; she’s been widely praised for her performance as the down-to-earth Caroline. She, in turn, credits her mother and father with having raised her right. “They had guts, they had backbone and a lot of integrity, and I’m very grateful.”

An airline ticket agent found out about Grassle’s backbone the hard way. In 2019, while giving the 78-year-old her boarding pass, he reportedly remarked, “There you go, young lady.”

“I know his comment was intended in a good way,” she says more than one year later. “It wasn’t malicious, but its impact was. It didn’t feel good at all.”

A passionate advocate of the Equal Rights Amendment and other causes, Grassle subsequently penned a guest essay in NextAvenue.org that captured her frustration.

A PROTAGONIST FOR LIFE 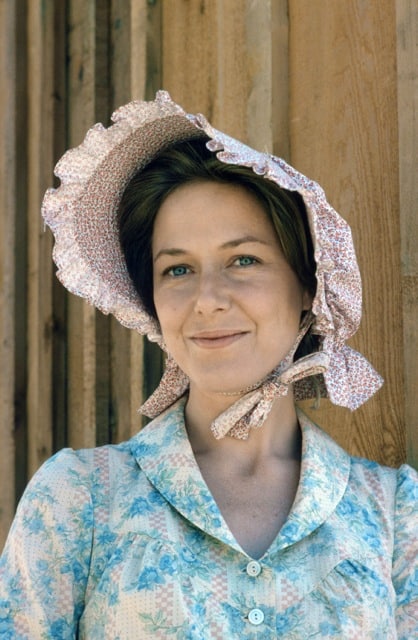 Ageism isn’t the only thing she’s fought against. Once assaulted by a man who grabbed her by the throat, Grassle acknowledges being shocked by the attack. “So I went to Legal Aid and I wanted to know what kind of protections there were for me. And there weren’t any.”

“In Fort Worth, Texas, I was interviewed by a female investigative reporter who had done research on domestic violence,” she says. “And that’s when I learned that this sort of abuse transcended all kinds of class, socioeconomic and religious lines.”

So in 1978, she and a collaborator co-wrote the teleplay for Battered, an acclaimed television movie about spousal abuse that starred Grassle.

Never one to just talk the talk, Grassle lobbied Congress to enact the Domestic Violence Assistance Act of 1978, according to a published account.

According to the actress, one of her high school friends told her that, after she and her husband saw the movie, they were able to salvage their marriage by agreeing to attend counseling. And Maureen McAlorum, a woman in Northern Ireland who grew up watching Little House on the Prairie, reached out to Grassle for help when her mother was being mentally and physically abused by her father. McAlorum, who understandably wished her family life could mirror the love enjoyed in the Ingalls household, later publicly thanked Grassle for making a difference in her life. This happened after the actress referred her to Erin Pizzey, who opened the first battered women’s shelter in Chiswick, England.

Now in the autumn of her acting years, Grassle shows no signs of slowing down. In the soon-to-be released film, Not to Forget (pictured above), she stars as an elderly grandmother savaged by Alzheimer’s disease. Directed by Valerio Zanoli, the movie also features Oscar winners Olympia Dukakis, Louis Gossett Jr., Cloris Leachman, Tatum O’Neal and George Chakiris.

The role is intensely personal for Grassle, whose own mother suffered from dementia. 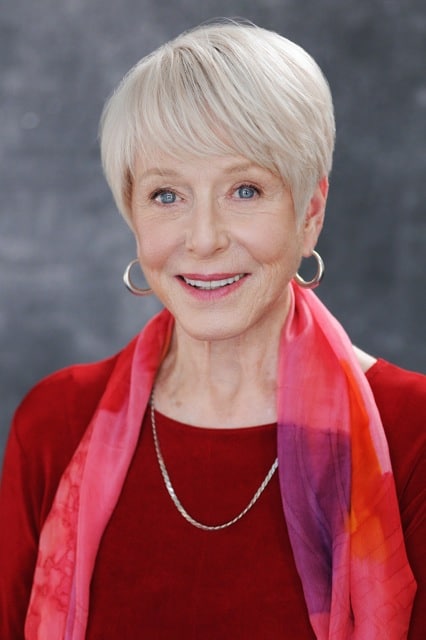 “I felt I had physiological research inside of me,” says the actress. “I had memories of her that lived inside of me.”

“Karen immediately saw the full potential of this project and wanted to be part of it,” says Zanoli, who credits the actress with giving him notes and helping him shape the character. “Working with her has been a very rewarding experience.”

Grassle, who is scheduled to appear at the El Cerrito Performing Arts Theater in July in Stephen Sondheim’s A Little Night Music, is also shopping her recently completed memoir. “There’s not a lot of rich gossip in it; there’s no incest, but the book is full of examples of women reaching for equality,” she says.

Which should please the Karen Greens of the world immensely.

So, want to catch up with more of your favorite celebrities from yesteryear? Then check out our celebrity interviews!

Douglas J. Gladstone is the author of two books and multiple magazine and webzine articles. Other contributions to BOOMER include profiles of Lou Ferrigno and Loretta Swit.