Home » Lifestyle » Science & Technology » Loving the Planet or Profiting from It: The Choice 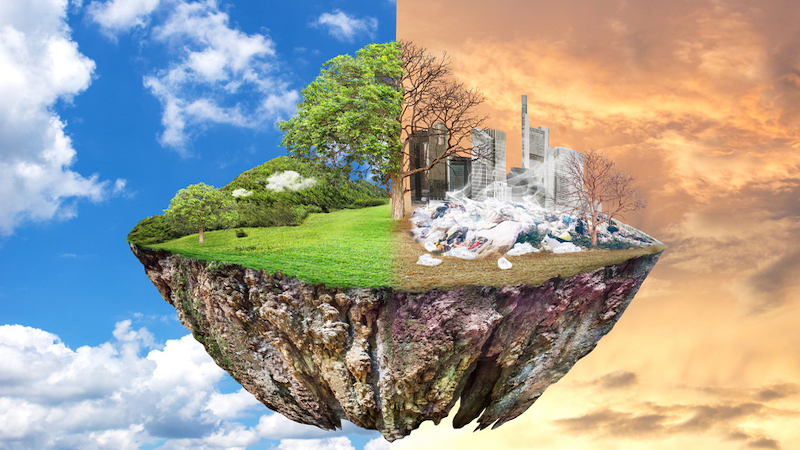 Nature or techno-dominance? Indigenous wisdom or lucrative profit? The Condor or the Eagle? Exploitation and domination of our planet still prevail over environmental action to protect our Earth. Robert C. Koehler poses the paradox and notes the stakes.

It’s fascinating how “interests” interfere with survival. We prepare for – and, of course, wage – war with an overwhelming percentage of our resources (to the benefit of the profiteers), but we plead poverty when it comes to helping people or, you know, saving the planet.

Humanity! The species of global techno-dominance. We’re always at war with ourselves and, indeed, willing to annihilate the whole planet (only if necessary, of course) in order to maintain our security. That’s why we have to keep upgrading our nuclear arsenal. We … rather, “we,” by which I mean those in charge and those securely caged in the us-vs.-them illusion … live in half a world: the world subdued and defined by our dominance. We call it civilization. Even though this world appears to be nearing the end of its run – as the ice melts, as the storms intensify and the wildfires rage, as the ecosystem gasps – we keep on keeping on, doing what we do. It’s just who we are.

Save the world’s forests! Save the Amazon! But, of course, nothing much has happened since and Planet Earth is not on track to reverse deforestation, which is one of the crucial horrors of climate change.

As Common Dreams reports: “Globally, 26,000 square miles of forest – an area roughly equivalent to the Republic of Ireland – were destroyed in 2021. This deforestation decimated biodiverse ecosystems and released 3.8 billion tons of greenhouse gas emissions into the atmosphere, about as much as the European Union.

“Experts have long warned that it will be virtually impossible to maintain a habitable planet unless the world stops felling trees to make space for cattle ranching, monocropping, and other harmful practices.”

Well, yeah, sure, but here’s the problem, as defined by Brazilian president Jair Bolsonaro, a.k.a., “Captain Chainsaw,” who presides over much of the Amazon rainforest, which is called home, oh so inconveniently, by the country’s indigenous people. Their claim to this land, he said, is an “obstacle to agribusiness.”

“Westerners have done little but isolate ourselves from nature,” says Penn State professor Mark Bonta. Indigenous people interact with nature in a profound and complex way; they are part of nature and they “don’t see themselves as superior to or separated from animals. They are walking storehouses of knowledge.”

Perhaps at this point it is necessary to bring the Eagle and the Condor into the story – prophetic indigenous manifestations of the world’s climate paradox.

The Eagle: the developed, rich, industrial and ever-combative world, spiritually clueless and beholden primarily to its own desires. The Condor: the rest of humanity, still rooted to the planet, aware of the complexity of life.

The potential has arisen, according to this prophecy, “for the Eagle and the Condor to come together, to fly in the same sky, and to create a new level of consciousness for humanity.”

Power plus heart! Can they really come together? What would it look like? What would it mean? Or to restate the question with more urgency, is it possible for humanity to face up to – and transcend – the existential dangers of the present moment? Can the “civilized world” learn from those who were left behind? Can the Eagle and the Condor fly together?

Maybe so. Maybe not.

“Protecting the vast forests is vital to tackling the climate crisis and plummeting populations of wildlife,” the Guardian writes, noting that a 2021 United Nations report “found that recognizing the rights of indigenous and tribal peoples to their land is one of the most cost-effective actions. The report also calls for the peoples to be paid for the environmental benefits their stewardship provides, and for funding for the revitalization of their ancestral knowledge of living in harmony with nature.

“However,” the story continues, “the demand for beef, soy, timber, oil and minerals means the threats to indigenous peoples and their forest homes are rising. Hundreds of community leaders have been killed because of disputes over land in recent years and the COVID-19 pandemic has added to the dangers forest peoples face.”

Is this what change looks like? There is collaboration and connection between the developed world and the indigenous world. Scientists, according to the Guardian story, “are turning to the knowledge of traditional people for a deeper understanding of the natural world. What they are learning is helping them discover more about everything from melting Arctic ice, to protecting fish stocks, to controlling wildfires.”

But exploitation and domination still prevail. This is how the civilized planet’s economy is organized, regardless of consequences. What’s indigenous wisdom compared to lucrative profit? Our survival depends on solving this paradox.

Robert Koehler is an award-winning, Chicago-based journalist and nationally syndicated writer. His book, “Courage Grows Strong at the Wound,” is still available. Contact him at koehlercw@gmail.com, visit his website at commonwonders.com or listen to him at Voices of Peace radio.
© 2021 Tribune Content Agency, LLC.