Marshall Ulrich lands a hit with Both Feet on the Ground 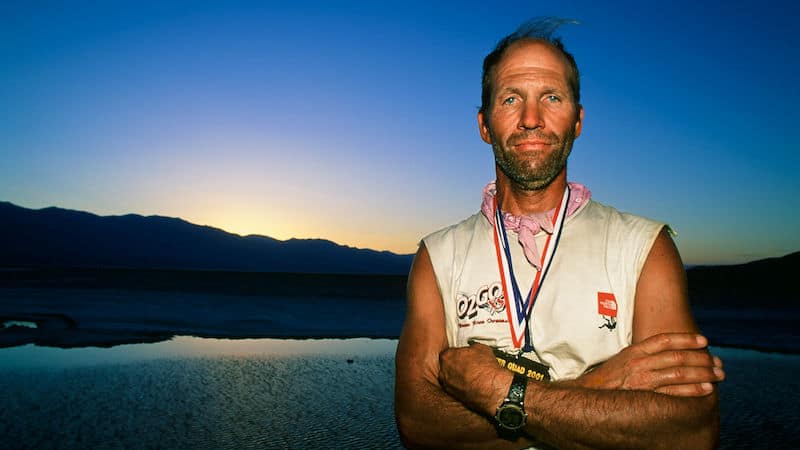 In reading the newest book from Marshall Ulrich, Both Feet on the Ground: Reflections from the Outside

, you will either be inspired or you will think, “Wow, this guy’s nuts!” Or, if you’re like me, you’ll experience a bit of both. Whichever side of the crazy line you land, Both Feet on the Ground provides a fascinating insight into the subculture of endurance sports. And for those of us on the other side of 50, the continuing escapades of this baby boomer remind us to stay active and get outside. 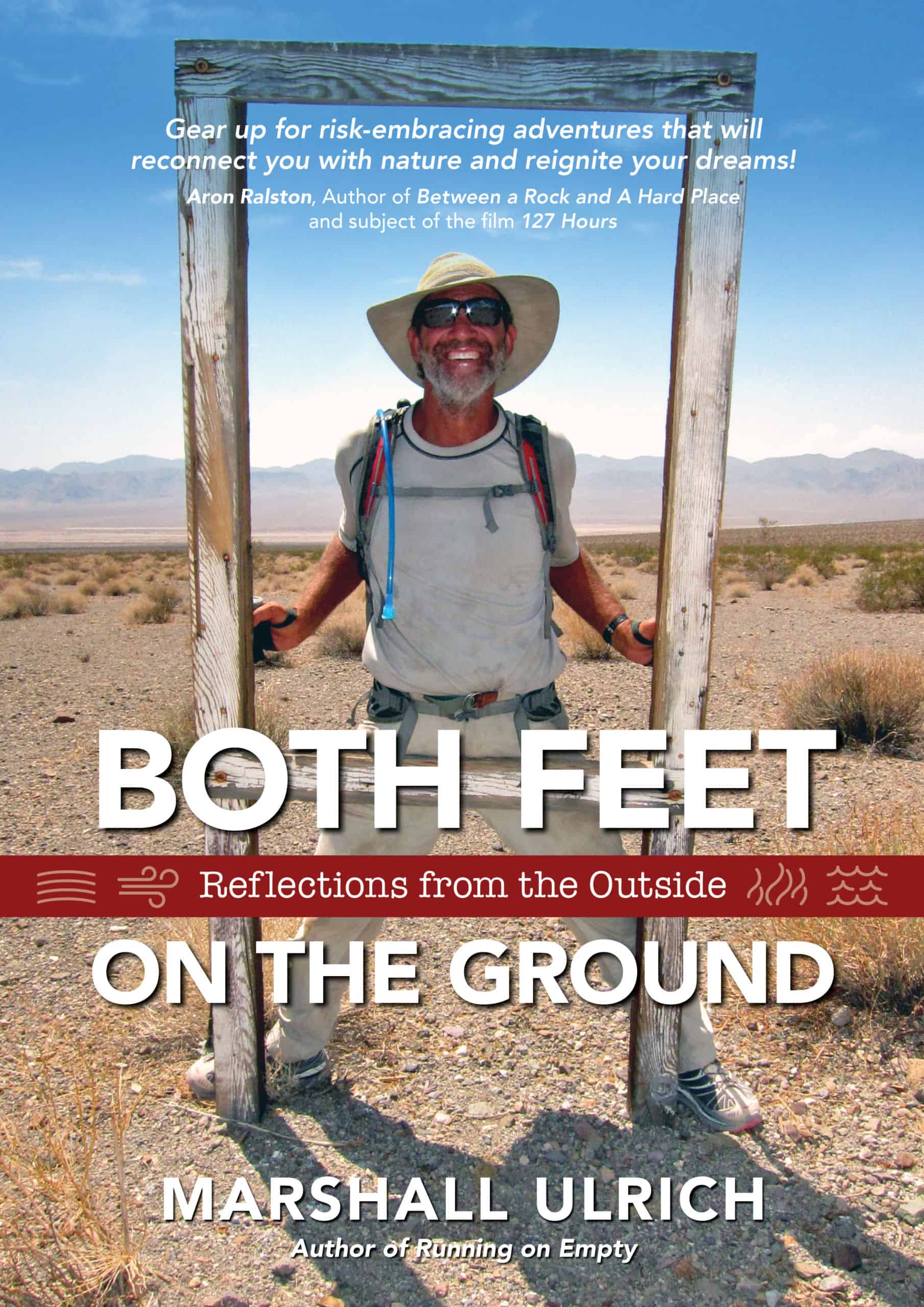 In Both Feet on the Ground, Ulrich provides enough memoir to connect you with Marshall Ulrich the man. You’ll learn about his childhood on a small dairy farm, his family’s business of hauling fallen livestock, and the tragedy he experienced as a young man that sent him catapulting into running. (This was covered more deeply in Ulrich’s first book, Running on Empty). You’ll read about relationships that have helped him in his adventures and in healing him as a human being.

What to expect along the trail

Ulrich begins his book by reminding readers of the benefits of time outdoors and the perils of spending too much time inside. He takes us next to his childhood and his connection to nature and food production. He follows this with an unnecessary chapter on food for endurance athletes. (The author admits, “I’ve learned what works for me, and I recognize with respect that it doesn’t necessarily work for everyone.”)

The majority of the book covers Ulrich’s ultramarathons and extreme adventures. There’s the Raid Gauloises Trans-Himalaya race: 500 miles of mountain biking, riding a boogie board down rapids, whitewater rafting, canoeing, canyoneering, and trekking. He describes the 1995 Eco-Challenge, the first adventure race in North America and his climbs up Denali and Mount Everest.

Many of the escapades involve Ulrich’s astonishing Death Valley challenges. There’s the Badwater 135, a 135-mile ultramarathon from Death Valley to the foot of California’s Mount Whitney, which Ulrich conquered 20 times and won four times. (Each time, he continued another 11 miles past the official end, an ascent of 6,000 feet to the 14,500-foot summit of Whitney.) There’s the Badwater Quad, where he covered the course four times – to the end and back twice. And there’s the self-supported, 425-mile circumnavigation of Death Valley National Park, which he made with a friend, Dave Heckman; and his solo, self-supported Badwater Race, when he pulled all of his supplies in a cart.

Ulrich intersperses his adventures with life lessons he has learned from the challenges. He addresses striking a balance between risk-taking and reality; making hard choices in life; respecting nature; and the stamina built by “walking through the fire.” The book’s recurring theme explores the limits of human endurance. “For me, extreme sports are about following my imagination, overcoming barriers, ignoring naysayers, and defying the idea of ‘impossible.’”

The reader also meets other adventure athletes. (Including Aron Ralston, the rock climber who had to sever his arm to escape from an 800-pound boulder that had fallen on him; subject of the film 127 Hours.)

Ulrich ends his book as he started it, with a tribute to nature.

All of my time outdoors has pushed me, chastened me, shattered preconceptions, given me solace. It has, on occasion, saved me from desperation and isolation, providing both escape and deep connection. Getting outside and into nature has given me a way to connect with myself when the world is confusing and out of my control … In a word, nature grounds me.

At the least, Both Feet on the Ground will astound you at what a mere mortal is capable of. But at best, the book will inspire you to get outside, to reap the rewards of pushing yourself just a little bit harder, a little bit farther.

You don’t have to run crazy distances to stay in shape! Find out how easy forms of exercise can extend our lives and improve the quality of our years. And learn tips on starting a running or walking program!