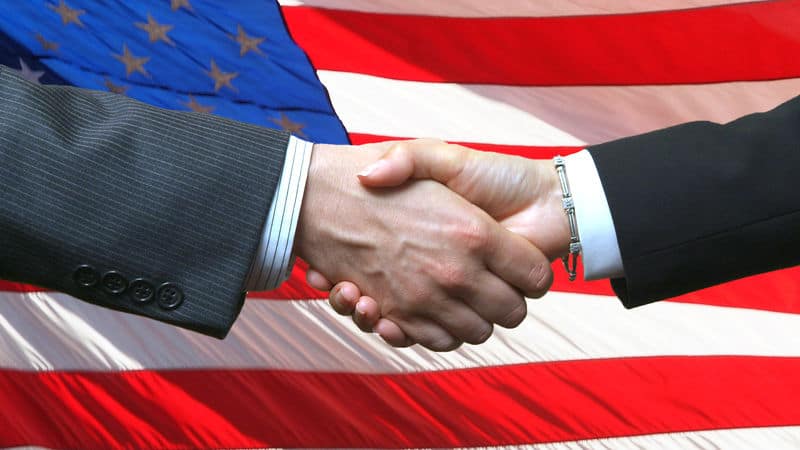 If you want to see the beginning of it, you have to go where the snow is deep and the people are few and only a fool or a politician would expect to see the beginning of anything important. The custom, then, is to fly from Washington to Boston and, in Boston, to rent a car and seek out the road that follows the Merrimack River due north into snowy hills and unreality.

That way lie the beauty and the gentle madness of New Hampshire in the winter of its Presidential primary.

Here in New Hampshire, as if on a lark, begins the campaign that will continue through the spring and summer and into the fall, when an exhausted electorate will choose a President of the United States. It is the longest folk festival in the world.

I drove to Hanover in the northern latitudes near the Vermont border to intercept the Goldwater campaign party, which was reliably reported to be heading into the neighborhood the next day. After establishing a base camp in the Hanover Inn, adjacent to the Dartmouth College campus, I went out into the street to interview voters and find out what they were really thinking. That is what conscientious political reporters do these days: they try to find out what the voters are really thinking (and they curse [political analysts] Sam Lubell and the Alsop brothers for making a vogue of it).

Most of the people on the street, which was piled high with snow, seemed to be scholars carrying skis. Probably they were too young to vote, or not qualified to vote in New Hampshire if they were old enough; and anyway they were thinking about skiing. I passed them by. I was waiting for a truly typical elder New Hampshireman, a taciturn type like the ones in Reader’s Digest fillers.

Soon enough my man came along. He was wearing a lumberjack shirt and jacket, heavy trousers and boots, and he had a ruddy face and sharp eyes and frost on his eyebrows. I stopped him on the sidewalk.

Yes, he said in the right accent; yes, he was interested in the primary. As a matter of fact, he was the majority leader of the Senate of New Hampshire and would be on the ballot as a Rockefeller delegate. My typical citizen turned out to be Robert S. Monahan, the college forester, who had been a student at Dartmouth with Rockefeller. Mr. Monahan also proved to be on of the least taciturn men in North American, and for half an hour he delivered the most enthusiastic Rockefeller-for-President speech I had ever heard.

After learning what Mr. Monahan was really thinking, I spent some time in drugstores, ski shops and blustery side streets trying to find out what other voters were really thinking. Everyone had a hospitable, helpful manner and gave the impression of talking freely, but I began to suspect that I was not finding out what anyone was really thinking. One of the winter sports of New Hampshire is not telling visitors how you are going to vote in the primary.

Back at the Hanover Inn, brooding over my notes while I waited for some colleagues who were out foraging for significance among the voters, I visualized a scene that soon seemed appealing real to me. The scene was in the home of Harlow and Matilda Curlew, and Mr. Curlew was arriving home from his ski shop at the end of the day.

HARLOW: An interesting day, I would say. I was polled twice, interviewed by four different newspapers, and interviewed on film by CBS.

MATILDA: Who were you for today, Harlow?

HARLOW: In the Gallup poll I was for Rockefeller. In the Harris Poll I switched from Goldwater to Nixon. In two of the newspaper interviews I was for Mrs. Smith, but in the other two I had reservations about a woman President in these trying times. I gave CBS the old taciturn treatment, said nothing but “yep” and “nope” for three solid minutes. Wouldn’t be surprised if I make the Cronkite show.

MATILDA: Harlow, you are a card. I was interviewed three times myself — twice here at home by door-to-door people and once in the checkout line at the supermarket — but no television. You know, dear, you’ve been on all three networks and I haven’t been on television yet.

HARLOW: Now don’t feel bad about that. You’ve been polled and interviewed more than any housewife on the block. And who else has been quoted as favoring two different candidates by two different columnists on the same day? As for television, I’m merely in the shop, where I’m handy to passing film crews.

MATILDA: And you sound so typical, too. You always have been good at that trick of talking with your teeth shut.

HARLOW: Quit envying my television career and tell me what you said you were really thinking today. Did a trend emerge, so to speak.

MATILDA: Not really. I was torn between Lodge and that Governor of Pennsylvania, Scranton, but I did tell the two newspapermen who rang the doorbell not to count Goldwater out. It seemed to confuse them agreeable. The AP interviewed me at the supermarket, and I said I was undecided by leaning to Stassen. I hand’t mentioned Stassen for a week, and it just didn’t seem fair.

HARLOW: You sound like Fred Grommich down at the drugstore. Old Fred’s been telling interviewers from the very first that he’s all for Stassen. Fred says it’s up to him to keep Stassen in contention.

MATILDA: This whole thing worries me a little. I wonder sometimes if we aren’t tampering with the future of the country.

HARLOW: It’s a chance to have some fun, Matilda, and I say take advantage of it. I honestly believe I would feel the same way even if we weren’t Democrats.

Senator Norris Cotton of New Hampshire, the Goldwater campaign manager in the state, escorted the candidate and Mrs. Goldwater to a black Cadillac, which led a fifteen-car motorcade on a forty-five minute drive down the valley of the Connecticut River to Charlestown, where a public meeting was scheduled in the town hall at one p.m. Charlestown, population 2,500, turned out to be a grim old mill town somewhat softened by a foot and a half of snow. When the caravan stopped at the warlike town hall, there was nobody to welcome the candidate. Even the advance man was missing. We were about forty-five minutes ahead of schedule because a handshaking visit to a mill had been canceled. The candidate did not enjoy handshaking in mills, and Rockefeller and Lodge were going to get the millworker vote anyway, assuming there was any Republican millworker vote.

The two hall appeared to be devoid of all life, but then three good ladies were discovered in a kitchen making sandwiches. The coffee was not ready yet. Goldwater stomped the snow off his galoshes and said hello to the ladies. Then he fell into conversation with several photographers on the subject of lenses. He enjoyed talking about lenses and cameras and deserted the subject regretfully when some reporters gathered around and insisted upon talking politics. A photographer asked the candidate to pose eating a sandwich, for some reason, and he began to eat one. Then one of the good ladies worried aloud about Goldwater having to eat a sandwich without anything to drink. “Get him some milk,” she said with sudden inspiration, and the candidate was given a paper cup, which he drained obediently without betraying that it was coffee cream.

Meanwhile, back at the ranch, or at the White House, or inspecting poverty on a flying tour of six states, or whatever he was, Lyndon Baines Johnson, the thirty-sixth President of the United States, was the single “image” of the Democratic Party, and there had never been anything quite like him.

In the terrible period of shock and sorrow that followed the assassination of President John Fitzgerald Kennedy in Dallas on November 22, 1963, the country had distractedly accepted this tall, solemn-looking Texan and wished him well without much optimism and without having any immediate inclination to study him or speculate deeply on what kind of President he would be. Now the stunned transition was past and the country was getting to know him as a President, a politician and a character in his own contemporary folklore.

He was everywhere. He was doing everything. He was unsettling and reassuring and petty and larger than life. He was the father of us all one minute and our slightly embarrassing rustic uncle the next. He ran the government of the United States as if he had invented it.

One night, with Douglas Kiker of the New York Herald Tribune and some others, the President went walking, carrying a flashlight and shining it around at items of interest. From time to time, other flashlights blinked in the quiet darkness—Secret Service men signaling their positions. The President crossed his own property line and walked up the back door of the little frame house owned by his elderly cousin, Mrs. Oriole Bailey. He banged the screen door agains the doorframe and shouted, “Oriole! Oriole!” Cousin Oriole was hard of hearing, the President explained.

She came to the door and invited the President and his friends inside, and they all chatted awhile in the living room, which contained two pictures of Mr. Johnson, one a portrait in color and the other a poster from his first campaign for the Senate, when his motto was “Roosevelt and Unity.” The president pointed to a special telephone that connected Cousin Oriole’s house to the White House switchboard. He made her laugh when he shouted to her, “Pick up that phone and Khruschev might answer.” …

The President liked to sit in a rocker at the ranch and reminisce about the old days, but he did not seem to be completely happy unless he could step into the next room now and again, sit down with a clutch of aides who had flown in from Washington, and pass some miracle of state in time for the morning papers. Then he would lead the visitors out to look at his bulls and perhaps to hear one of his favorite stories, the one about Magnus Johnson, the Minnesota Congressman who got carried away in debate and bellowed to the House, “The only thing to do is grab the bull by the tail and look the situation in the face.” 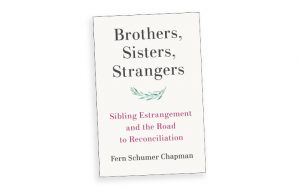 ‘Brothers, Sisters, Strangers: Sibling Estrangement and the Road to Reconciliation’