The Rise of Meatless "Meat" Products

No animals were harmed in the making of this meat 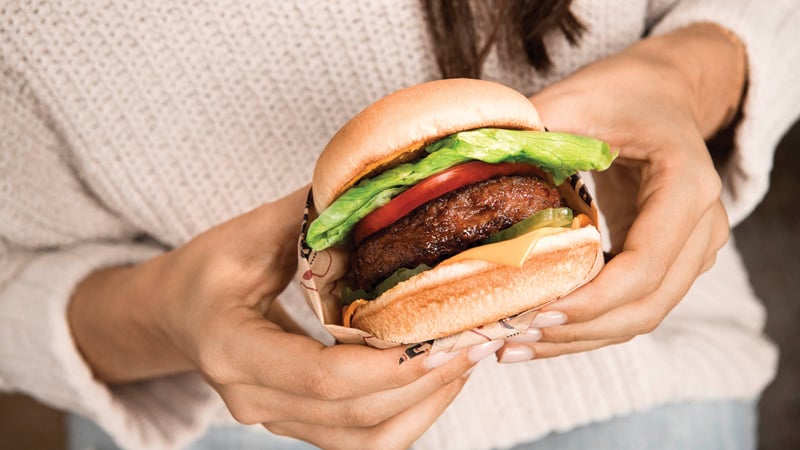 The times are a-changin’ for vegetarians, vegans and, well, meat lovers everywhere. Thanks to creative producers, consumers can get their meat fix without inconveniencing a single animal.

Oh yes, you read that correctly. “Motherless meats” have started to flourish, alternatives that accurately – and deliciously – mimic their animal-based counterparts. And the best part: meat alternatives aren’t just for dedicated vegetarians, but for the health-conscious as well. They’re generally much lower in calories and fat but with comparable amounts of protein.

Mock meat is intended to imitate animal products in flavor, texture and appearance. It’s made from soy, wheat gluten, fungi or vegetable protein. Products are seasoned, flavored, shaped and prepared to resemble their counterparts. (One of my greatest joys as a vegetarian is when mock meat impersonates real meat even though it doesn’t have to, like fake chicken in the shape of a drumstick, or a faux bacon strip with “fat” running through it.)

Though realistic alternatives turn off the vegetarians and vegans who shudder at the mere thought of meat, it’s a welcome diversion to those who still miss it (don’t mind me as I stare off into the distance thinking about bacon … ).

And (allow me to hop onto my vegetarian soapbox for a moment): Since factory farming can be blamed for a host of environmentally damaging effects – from a significant release of greenhouse gas emissions to deforestation and water pollution – Mother Earth appreciates meat-free substitutes, too.

The Beyond Burger, from Beyond Meat

The Beyond Burger stands out among its mushy veggie burger counterparts. It’s made of pea protein, which manages to give the product the appearance and texture of a real hamburger patty. Plus, it contains small traces of beet juice, a great “beef juice” imitator. Nutritional comparison: no cholesterol but comparable to a traditional beef burger patty in calories, fat, and protein.

These simple-and-straightforward faux chicken cutlets are made of mycoprotein (derived from fungi), which contributes the taste and consistency of real chicken. Nutritional comparison: approximately half the calories, a quarter the fat and none of the cholesterol of a plain chicken cutlet, but still about two-thirds the protein.

These veggie sausage patties taste and feel wildly similar to real sausage, with various flavors including Maple Flavored and Hot & Spicy. They even come in links! Nutritional comparison: half the calories, one-third the fat and none of the cholesterol of its pork counterpart, but with the same amount of protein.

This vegetarian crumble consists of soy protein and wheat gluten, plus herbs and spices to give it that real chorizo-like kick. Nutritional comparison: less than half the calories, one-fifth the fat, none of the cholesterol and all the protein of traditional chorizo.

When paired with toppings and a bun, even meat eaters have a hard time telling the difference – especially when prepared on a grill. Nutritional comparison: these not-dogs have about one-third the calories of a regular raw hot dog, with one-sixth the fat and – yep – none of the cholesterol. They have slightly more protein.

These mock chicken tenders are frequently the choice of vegan and vegan-option restaurants, as they have very similar quality, bite, tear and – well, yes, taste. Nutritional comparison: half the calories and fat of real chicken tenders, with no cholesterol and comparable amounts of protein.

I’m Going to The Pickel Barrel 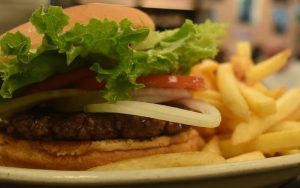 Back to the Past at Westwood Fountain