Over the millennia, people have adopted a great variety of things, such as attitudes, ideas, new identities, lifestyles, resolutions, constitutions, Cabbage Patch dolls, dogs, cats and young humans. Nowadays, there is no shortage of things to adopt, and good-hearted people everywhere are adopting highways, rivers, trees and even park benches.

Fortunately for me, Lt. Cmdr. William T. Spriegel and his bride, Theresa, decided to adopt me at birth back in 1954 – for an initial investment of under $250. Now some of my wisecracking friends will tell you that, even at that price, my parents got a bum deal. But it just so happened that my folks were very savvy, secondhand-baby shoppers. They also had a coupon for 20 percent off.

My adoption came about after several medicos told the young Mrs. Spriegel that she was unable to conceive children. My future folks were heartbroken until they met another naval officer and his wife who were the adoptive parents of three. They informed the Spriegels that their former housemaid in Bermuda was pregnant and could not keep her child. They had already arranged for her to come to Hartford, Connecticut, for the delivery and could arrange for Terry and Bill to have the right of first refusal. When I eventually arrived on the planet, my folks took possession of me after paying the nominal legal fee along with state and local sales tax. And although I am eternally grateful that they adopted me, I do wish they had ponied up a little extra cash for the extended warranty, as some of my original parts are now in need of expensive repairs.

Then, just four years later, my previously infertile mother suddenly began popping out babies like a PEZ dispenser, and I ended up with two sisters, Patty and Mary. Up until then, I had been the master of all I surveyed: I didn’t have to share Christmas with anyone else; the daily menu consisted of all my favorite appetizers, entrées and desserts; and I received the full, undiluted attention and adoration of my parents. Yes, the universe was in balance and all was right with the world until my unsolicited siblings showed up and turned my private kingdom into community property.

BULLIES AND A SAGE

Other hardships soon followed, and one day, when I was about 6 years old, a couple of grade-school thugs told me that my parents were not really my parents, and that I was left on their doorstep when I was a baby. Not only that, but they pointed out that my brown eyes and olive complexion were at odds with the rest of my blue-eyed, fair-skinned family, which they said was proof that I was adopted. Needless to say, I was devastated. But when I got home, my mother wiped away my tears and told me the best story I’ve ever heard:

Back in the ’50’s some candy machines had a covered slot labeled “Mystery” along with the regular slots where you could see the Hershey Bars, Tootsie Rolls, Almond Joys, Butterfingers and M&M’s.

If you pulled the knob under the Mystery slot, you never knew what you were going to get. It could have been a giant, deluxe candy bar or just a measly bag of stale raisins. Anyway, my mom told me that most kids were like the Mystery prize, and that their parents had no choice as to what popped out when they pulled the knob. She said that she and my dad, on the other hand, got to “choose” me, and they got exactly what they wanted. So, there it was: I wasn’t adopted … I was “chosen”!

Armed with this new information, I became a formidable foe in verbal confrontations involving my lineage, and I was occasionally overheard in the schoolyard shouting, “Shut up, you … you … measly bag of raisins!”

Later on, in the 1970s, it became all the rage for many adult, adopted children to track down and meet their birth parents. Some of these reunions were arranged by both parties ahead of time, but others were unannounced, surprise encounters. But the prospect of meeting my birth mother never appealed to me – my parents were the only ones I had ever known, and I was reasonably satisfied with them. I also wondered what good could possibly come from showing up on some poor woman’s doorstep and introducing myself as the child she had given up decades earlier. I thought that my contemporaries who did this were insensitive and ungrateful, and I reassured my mom and dad that I had no intention of going on such a foolish quest.

Nevertheless, one day my folks surprised me with a box of letters that my birth mother had sent from Bermuda to their friends before I was born. The letters were both fascinating and heartbreaking. I learned, among other things, that I was of Spanish descent; that I had an older biological sister; and that my birth father had physically abused my birth mother when she was pregnant with me. Despite my earlier reservations, I flirted briefly with the idea of meeting her and somehow getting to know her without revealing my identity, but I gave the letters back to my parents and have never regretted closing that door forever.

Although I had originally intended to adopt a child when I got married, my wife and I ended up making our daughter, Michelle, entirely from scratch, which involved only a few minutes of manual labor and some common household items. And even though we pulled the metaphorical Mystery knob, we lucked out and got the best prize in the whole candy machine.

In recent years, several of my baby-boomer friends have adopted young children and teenagers of various backgrounds and ethnicity. This warms my heart and endears them to me even more. And I wish their adopted charges all the joy and prosperity that I’ve experienced in the last three score and three years.

Well, I better leave it at that, because all this sentimentality and candy-related talk is aggravating my sweet tooth, and I might have to run out and get me some Snickers.

Mike Spriegel is a retired human resources manager and former Richmond resident who is trying his hand as a writer, inventor and businessman. He currently resides in Virginia Beach and is the owner of Life Bucket LLC, an emergency preparedness supply and home safety company. 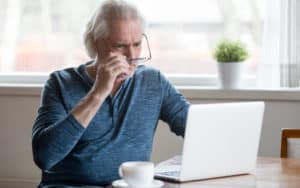 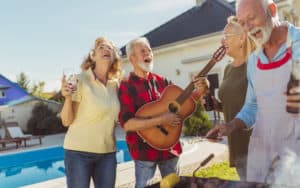 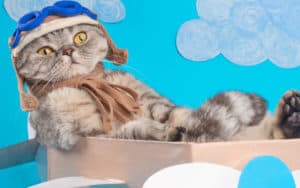 My Pet World: Flying with pets this summer