Motivated to Move, by Randy Fitzgerald

Embracing a new excuse to explore the world 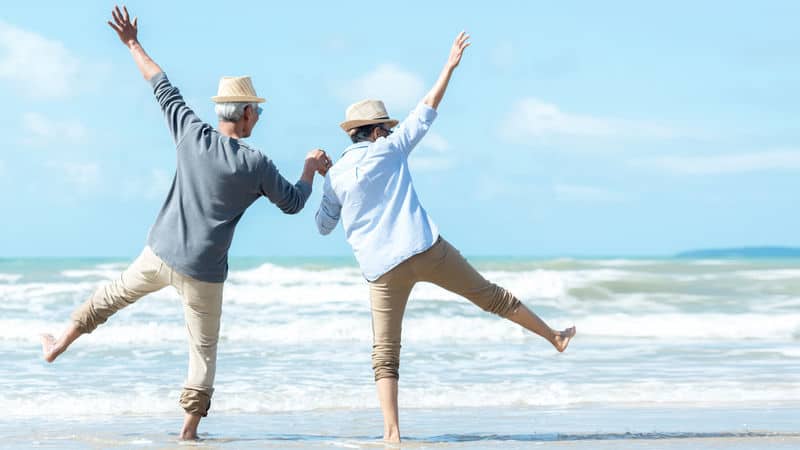 “How do you feel about compression socks?” Barb asked me the other night, unhappily at one of those rare moments when I was feeling young and frisky.

“I was thinking,” she explained, “that on our flight, we might need a little help with circulation, since we’ll basically be either in the air or in airports for about 25 hours.”

Wow! Twenty-five hours. It hadn’t really registered with me that we would actually be traveling for an entire day and night, most of it captive in one airplane or another while on our way “down under” for a month’s stay in Australia and points west … south … and east. All of a sudden I was feeling old and tired.

It was my last BOOMER column that got me into this trip – not that Australia hadn’t been on my bucket list a good while – but after my heart surgery and a stroke a while back, I had given up on serious travel.

Then I wrote here last month about my old friend, the late Dr. Bruce Heilman, who had still been zooming around the country on his Harley until a few weeks before his death at 93 in October. I quoted his comment that young people spend much of their lives “anticipating,” but as we get older, he lamented, we stop doing that.

“We wake up in the morning and wonder if we’re going to get through the day. We sit on the porch or sit in front of the TV. I’m not cut out that way,” he had said in an interview. “There needs to be something I anticipate all year. I thoroughly enjoy it, and then I spend the next year telling everybody about it.”

I decided in that column to claim “anticipation” as my New Year’s resolution: to look forward to something on a regular basis all year. By the time Boomer hit the streets, Barb and her cousin in New Jersey were working out plans for the two couples to enjoy a month-long trip to the other side of the world. Thus, Australia – and possibly compression socks.

“I’ve also signed us up for Silver Sneakers,” Barb continued, “as we’ll be in better shape for all the walking around we’ll have to do.” For you youngsters out there, Silver Sneakers is an exercise program for people over 65, providing them access to a number of gym facilities and classes with cost covered by Medicare or private insurance. (Since I started writing this, Barb and I have actually been to a couple of Silver Sneakers classes at a nearby fitness club. There I have learned women exercise far more vigorously than men. Also, yoga hurts.)

After Australia and neighboring New Zealand, our foursome will be cruising back across the Pacific to Hawaii and then L.A. We’ll visit a couple of places I may not have heard of (Apia, Tonga) and a couple I have heard a lot about (Tahiti, Bora Bora).

We’ll also cross the equator for the first time, a status that apparently involves a rather strange ritual. All ship passengers who are first-time equator crossers (Pollywogs) are initiated into the club of those who have made the crossing previously (Shellbacks). The uninitiated get to enjoy such festivities as wearing their clothes backward; eating too-spicy food; getting veggies dumped on their heads; maybe crawling around the deck a bit; and possibly taking a quick shower in seawater. Barb and I, being good sports, think this all sounds like a really fine time; but unfortunately we have decided to lie and declare ourselves Shellbacks from the moment we arrive on that ship.

Yes, we know what you’re thinking about all this. This trip is a bold move at our age and with our medical problems; but we are pretty much resolved that we will never be any younger than we are right now. So, unless something unexpected happens, Australia, here we come. Now get ready to hear about it for the next year!

For more from Randy, check out his other BOOMER columns here!