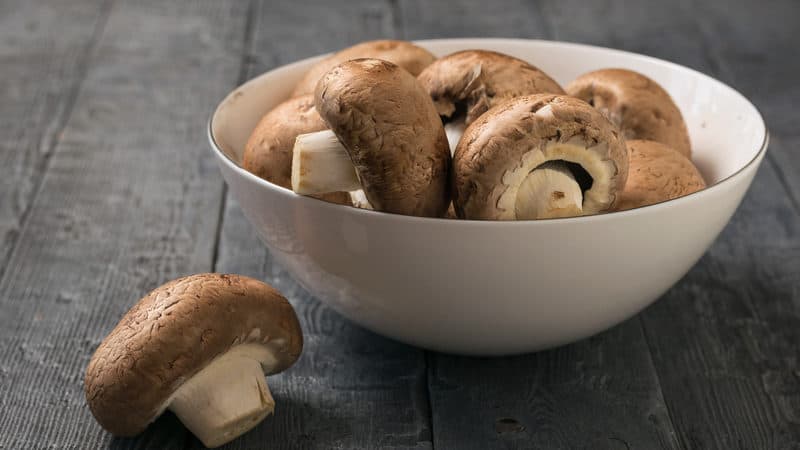 Mushrooms have been consumed and used for medicinal purposes for thousands of years. The ancient Greeks believed mushrooms provided strength for warriors in battle, and the Romans perceived them as “food of the Gods.” For centuries, the Chinese culture has treasured mushrooms as a health food, labeling them as an “elixir of life.” Traditional Chinese medicine continues to highly value mushrooms, believing they offer numerous health benefits and play a role in preventing and treating various ailments.

Mushrooms are often placed in the vegetable category for dietary recommendations. However, they are actually neither a plant nor animal, but belong to the fungal kingdom. One key difference that distinguishes fungi from plants and animals is that fungi lack chlorophyll and exist on decaying material.

More than 2,000 varieties of mushrooms are edible, but the most common variety grown in the U.S. is white button, followed by crimini, portabellas, enoki, oyster, maitake, and shiitake. Mushrooms grow in nearly every state, but Pennsylvania accounts for approximately 60 percent of the total mushroom yield.

Mushrooms have a unique nutritional profile. Key nutrients found in mushrooms include: B vitamins, selenium, copper, potassium, betaglucans and the powerful antioxidants glutathione and ergothioneine. Plant- Powered Dietitian Sharon Palmer, M.S.F.S., R.D.N., notes that “the selenium found in mushrooms is unique in produce – the main intake of this antioxidant nutrient is most often from meats, dairies, and whole grains.”

In addition, the ability to produce vitamin D when exposed to the sun is also a distinctive attribute of mushrooms. “They can create vitamin D in a similar way humans can with sun exposure,” says Palmer. Consumers can increase the vitamin D in mushrooms by exposing them to sunlight prior to eating. A preliminary trial demonstrated that vitamin D in mushrooms can be increased by at least 25 percent of the Daily Reference Intake by exposure to sunlight for as little as 15 minutes on a clear or partly cloudy day.

Mushrooms also provide fiber and protein, and can be particularly useful for vegetarian diets, considering they provide all the essential amino acids and have higher protein content than most vegetables. Mushrooms are naturally low in fat, calories, and sodium, and do not contain cholesterol, sugars, or gluten.

Although researchers are uncovering the benefits of mushrooms, additional studies are needed to understand their health properties and how they apply to different species. Mushrooms are reported to have antimicrobial, anti-inflammatory, cardiovascular- protective, antidiabetic, and other properties. According to Palmer, “Mushrooms contain special nutrients, as well as bacteria, yeasts, and molds that appear to have health potential. Studies show that mushrooms are linked to anticancer activity, antioxidant action, and immune-enhancing benefits. They have also been shown to have benefits for blood lipids and glucose.”

Robert Beelman, director of the Penn State Center for Plant and Mushroom Products for Health, has been investigating possible anti-aging benefits of mushrooms. He and his team found mushrooms have high amounts of egothioneine and glutathione. This may protect against oxidative stress (associated with diseases of aging, cancer, coronary heart disease, and Alzheimer’s). Beelman points out that “countries that have more ergothioneine in their diets, like France and Italy, have lower incidences of neurodegenerative diseases, while people in countries like the United States, which has low amounts of ergothioneine in the diet, have a higher probability of diseases like Parkinson’s and Alzheimer’s.” Whether this is a correlation or causation is unclear.

The health benefits of mushrooms vary by species. Beelman and team found the highest amounts of ergothioneine and glutathione to be in porcini mushrooms. The more common mushroom types, like white button, had less of the antioxidants. Animal studies have reported that shitake mushrooms have anti-tumor, cholesterol lowering, and antiviral properties, while enoki mushrooms appear to have significant anti-cancer and immune-enhancing effects. Maitake may have anti-cancer, antiviral and immune-enhancing properties, and may also reduce blood pressure and blood sugar levels.

Versatility of mushrooms as a health food 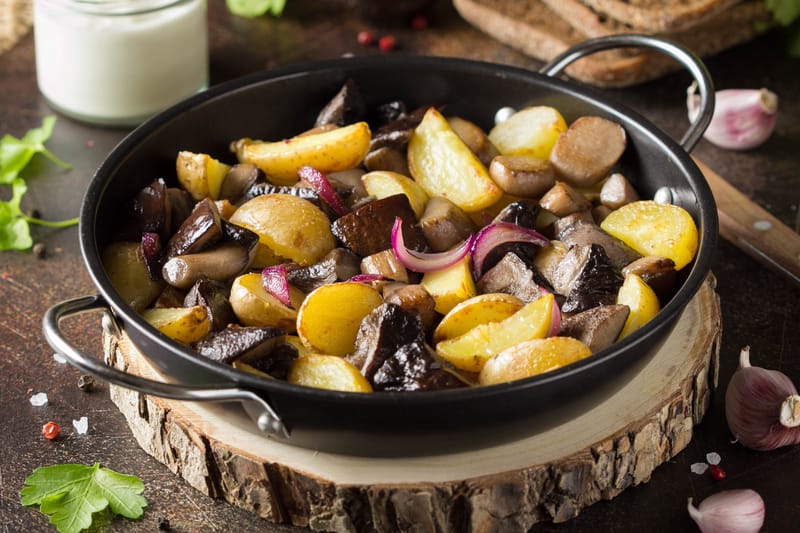 Mushrooms can be enjoyed raw, or cooked and added to eggs, pizza, stir-fries, and numerous dishes. Beelman recommends trying to consume approximately three ounces of button mushrooms, or one ounce of specialty mushrooms (shitake, oyster, or maitake) daily. He notes that cooking does not appear to significantly affect the compounds in mushrooms. Because of their rich, umami flavor, mushrooms blend well with meat to make burgers, meatloaf, and meatballs. This can be an effective way to reduce calories and fat, while boosting nutrition.

For those who do not like the taste or texture of mushrooms, their nutritional and health benefits may still be obtained with mushroom powders found in the marketplace. These can be incorporated into smoothies, soups, and sauces. Palmer emphasizes it is important the powder or supplement comes from whole mushrooms, and from a good source with third-party verification to insure it is a quality product without contamination.

Note: There are approximately 70 to 80 species of poisonous mushrooms. It is recommended to get mushrooms from a trusted source. If foraged, be sure to have an expert verify they are safe.