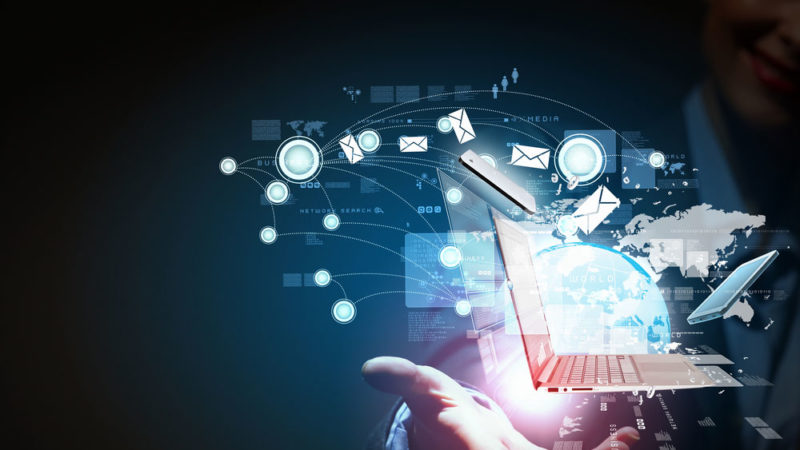 Playing on the word of the scientific field of nanotechnologies, “Nana” technologies is a term coined in 2004 by Andrew Carle, executive-in-residence and founding director of the program in Senior Housing Administration at George Mason University in Fairfax. “Nana” technologies cleverly describes microchip technology products to help “Nana” as she ages and needs more help.

Carle quipped, “The media really likes the name. But let’s not kid ourselves: It’s really a serious subject.”

Nana technologies is only part of Carle’s expertise tailored to the betterment of aging in seniors. He is an award-winning professor and founding director of George Mason’s program that is the first curriculum in the country dedicated exclusively to the senior housing field. He has nearly 30 years’ executive-level experience with national senior housing providers. He has won national and international awards.

Carle admits he’s not much of a techie but more of a health-care and senior housing administration guy who looks for strategic solutions for senior problems.

A TIDAL WAVE OF NEED IS COMING

To call the need for technology in seniors’ care great is an understatement, he says.

“The bad news is there simply won’t be enough long-term-care workers to handle the size and scope of the boomer population in their old age. In the future, one worker may have to do the work of three, so we need to help them be as productive as possible,” says Carle.

These technologies will be used by boomers who choose to remain at home as well as those who live in a senior community. “Baby boomers are probably the most social group out there, and we’re not like our parents’ generation, who typically identified with one home. We’ve gone to big universities, moved maybe three or more times and are more adaptable to moving than the older demographic. Many would really enjoy the socialization and camaraderie in a community. Boomers need to be educated that there are many more choices than just moving in with your daughter or moving into a nursing home.”

The strategic solutions that help seniors are segmented into eight categories. Carle gives greater emphasis to the top three: cognition, health and safety.

Problem: People with Alzheimer’s/dementia wander. Sixty percent of them will wander and become lost at least once. If they’re lost for more than 24 hours, bad results are likely to occur. Caregivers remain on vigil and worry over this possibility.

What many people don’t realize is the effect on our police departments. Carle and his team are working currently with a police department in a major city (that could not be disclosed) that conducts an average of 80 such search-and-rescues per month at an average cost of $10,000 each, or $800,000 total per month. Beyond the cost are time considerations: The entire police force has to quit fighting crime at that time to stop and look for the missing individual.

These patented GPS-enabled “smart” insoles fit easily into most adult shoes and lets caregivers monitor the whereabouts of the wearer. The location is tracked via any smartphone, tablet or Web browser. Text or email alerts are sent if the person enters or leaves defined areas. Monitoring is discreet: The ergonomic GPS SmartSoles slide into shoes and feel like regular insoles. Pricing is $299 with a monthly monitoring fee. (Andrew Carle served as consultant adviser to development of the product, which was recognized in 2012 as one of the “100 Most Important Inventions in History” by the National Museum of Science and Technology in Stockholm, Sweden.)

The No. 1 reason for hospitalization is medication errors. The average 75-year-old takes seven to 12 meds a day, including over-the-counter drugs. It’s a complex task to keep them straight.

When asked which products he recommends, Carle averred that he’s not paid to endorse any particular one. He said the common theme he looks for in any product, though, is “It must be cellular, not radio frequency that has such limited range. It must be portable, able to go places.” While not an endorsement as much as an example, he cited MedMinder Pill Dispensers, with built-in cellular connections.

According to the company’s website, medminder.com, “MedMinder pill dispensers remind the user to take their medications with a series of optional visual and/or auditory alerts. The reminders occur in 30-minute intervals. First the compartment will flash, then the pill dispenser will beep, then the user will receive a phone reminder. If the user still has not taken their medications, then all caregivers will be notified via phone, email and/or text message.”

Falling is the No. 1 cause of death for the elderly.

The actual prevention of falls, while being studied now, is likely years away, Carle says. “Right now we’re geared toward notification, after a fall occurs.” Carle again recommends a product be cellular and portable. Again, not an endorsement but an example of one he likes is Libris auto alert.

Libris (livewellalert.com/libris-auto-alert), which its maker says is the first mobile alert with fall detection, is a small, lightweight cellular speaker phone/medical alarm. It allows people to travel anywhere and be protected with emergency monitoring at any time. It looks more like a cell phone than some other products, which a user might not want to wear because of a negative stigma. “Grandkids could even look at it and think it’s cool.”

Lori Ross is the publisher emeritus of BOOMER. Contact her at Lori@TheBoomerMagazine.com