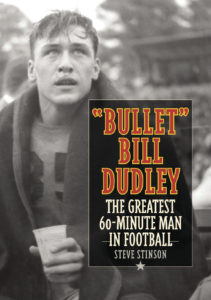 Sept. 5, the author will be signing the book at the Virginia Historical Society in Richmond, with copies available for sale.

During Dudley’s NFL career, he played on the Washington Redskins, Pittsburgh Steelers and Detroit Lions. He was also inducted into the Pro Football Hall of Fame in 1966 and the Virginia Sports Hall of Fame in 1972.

The event lasts from 1:30 until 5 p.m at the VHS building located at 428 N. Boulevard in Richmond.