An unexpected look at the context of war 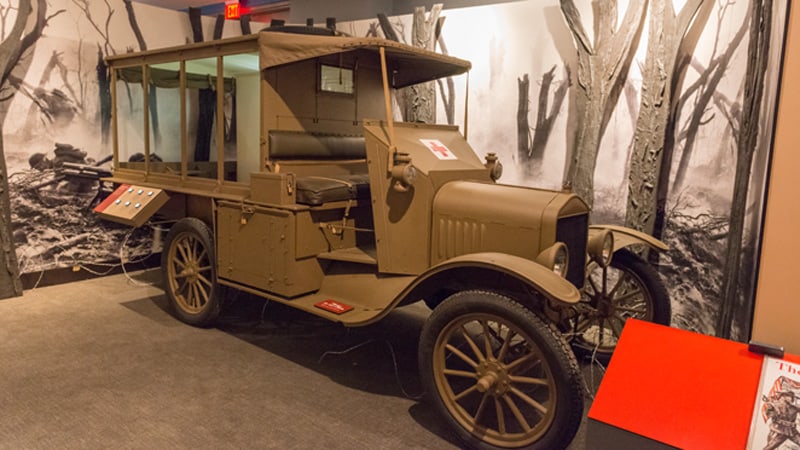 When I think of wartime studies, I recall teachers’ lectures about politics that led to declarations of war, about the battles, weapons and strategies, about the generals and the casualties. But the new WWI Centennial Exhibition is so much more. As the largest traveling exhibition about the Great War, the exhibition will run Feb. 17 through July 29 at Richmond’s Virginia Historical Society (rebranded as the Virginia Museum of History & Culture), the only scheduled stop on the East Coast. The exhibits feature more than 100 objects, multimedia presentations, interactive experiences and interpretive signage.

But these individual exhibits penetrate deeper than one might expect. Rather than looking just at declarations of war, of battles, weapons and strategies, of generals and casualties, the exhibition explores the context of the war and at how the conflict affected people on the home front. Other exhibits tie in other significant movements that were boiling over during this time: women’s suffrage, Prohibition, First Amendment rights and sedition, and civil rights.

Sadly, the exhibition also sheds light on contemporary times by highlighting unresolved issues that still nag at U.S. society. In the February 1919 issue of The Crisis, Mary White Ovington wrote an essay that spoke to needs that were still unsettled during the Civil Rights movement, that still need to be addressed today: “Every oppressed group: workingmen, carving out others’ fortunes while they themselves remain in poverty; women, deprived of their rights as citizens; small nationalities, disrupted by the ambitions of aggressive empires; so-called ‘inferior voices,’ persecuted by the race at the moment in power; each and every one of these groups is engaged in a separate struggle to secure something of value for itself in the chaos that comes at the close of a great war.” The exhibition makes learning more about the war years easy. More importantly, it pulls the time into a broader context, to bolster an understanding of today.

Other exhibitions and events at the Virginia Museum of History that explore World War I include:

To learn more about the exhibition and the Virginia Museum of History, visit VirginiaHistory.org.