A contemporary twist on addiction 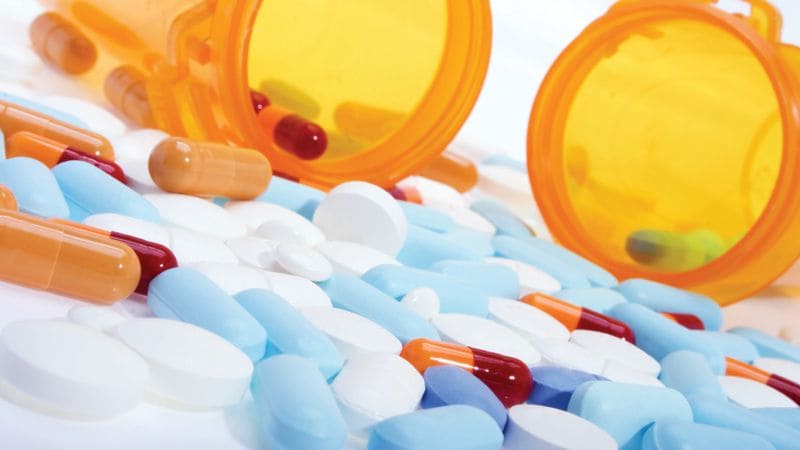 It’s a good bet that somewhere among the prescription bottles in your home you’ll find an opioid pain medication prescribed by your doctor for a condition such as chronic pain, cancer, arthritis or a fracture. Opioids, a class of drugs that act on the central nervous system to reduce pain, would include morphine, heroin, hydrocodone, oxycodone, codeine and fentanyl.

Since 2010 Virginia has seen a steady increase in the number of deaths from opioid and heroin overdoses. The opioid addiction and growing number of overdoses in Virginia prompted State Health Commissioner Marissa Levine to declare it a public health emergency and Governor Terry McAuliffe to sign five bills at the end of the legislative session to help the fight against the opioid epidemic.

This is not, as some may think, an epidemic relegated to younger individuals in low socioeconomic areas. “It’s everyone, everywhere,” said FBI Director James Comey at the summit in Henrico. “This could happen to any of us. It’s a black hole that sucks all different kinds of people down into it.”

Many people start with prescription pain medications for chronic pain related to injuries or post-surgery. Over time their bodies become addicted to the substance. When they can’t get the medication from a doctor any longer and can’t pay for high-priced pills on the black market, they turn in desperation to street-level heroin.

“Heroin is one of the most non-discriminatory drugs I have ever seen, and it’s one of the most addictive,” said Chesterfield County Sheriff Karl Leonard. “If you have a vision of what a heroin user looks like, it’s not that vision. Look at the people you work with, family members, etc. It’s all races, all regions. It’s educated and non-educated. We have 60-year-olds incarcerated and we have 18-year-olds. We have grandfathers and grandmothers in our program.”

In December 2016, ER visits for overdose by opioid or unspecified substance increased among individuals age 55 and older, according to the Virginia Department of Health.

“The issue is one of tolerance,” said Dr. G. Mantovani Gay, medical director of Chesterfield County Sheriff’s office. “If you take the opioids, your body becomes tolerant to the dose you are taking. It takes more and more for you get the pain relief or the high.”

People can reach a limit that can lead to death, he added. “Opioids depress your respiratory system and your heart and you stop breathing.”

When he thinks of the baby boomer population in relation to chronic pain, Dr. S. Hughes Melton, chief deputy commissioner for the Virginia Department of Health, believes baby boomers fall into three groups. The first group has the right diagnosis and is on the right treatment regimen.

The second group of patients, which has an increased risk for developing the disease of addiction, has the right diagnosis but the wrong treatment regimen, “meaning they are on the wrong type of medication or are taking too much medication,” he said.

In the third group, the physician is treating for chronic pain but it’s not the real diagnosis. “The real underlying diagnosis is addiction, but it’s hidden,” he said.

People using opioids and heroin may look and act relatively normal until they have trouble getting the drugs consistently.

“There are signs you would notice,” said Gay. Someone who is clean and well dressed, for instance, may lose interest in trying to keep up a certain appearance and in doing activities that were enjoyable before the addiction. “They may have mood and behavior changes and be more withdrawn.”

When people stop taking heroin, they experience debilitating withdrawal symptoms such as vomiting, bone and muscle aches and a fast heart rate. “It’s constant,” Gay said of the symptoms, which can last three days or much longer. “That’s the conundrum with this drug. People keep abusing it because they don’t want to get sick.”

Opioid and heroin addiction isn’t “somebody else’s problem anymore,” said Adam Lee, special agent in charge of the FBI Richmond division. “It’s no longer an urban issue that we can walk around. It’s coming into suburban mainstream.”

This January a Henrico County man was arrested for dealing heroin in Short Pump parking lots, including Whole Foods and McDonald’s. “We’re making arrests in places like workout facilities,” Lee said. “It’s not the junkie in the abandoned property anymore.”

The FBI is also tracking pill mill cases that constitute healthcare fraud, which affects insurance rates. “We have seen several cases of pill mills,” he said. (Dr. Clarence Scranage Jr., a pain management specialist in the area, was arrested this February on drug charges for handing out fake prescriptions for oxycodone.) “It’s a profit-making exercise. These folks are willing to compromise their medical practice.”

Leonard said he can’t emphasize enough that opioid and heroin abuse defies preconceptions. “Every one of you knows a heroin addict. You just don’t know you do.”

WHAT CAN WE DO?

From the office of Governor Terry McAuliffe, Commonwealth of Virginia

It can be difficult to know what to do when someone close to you is facing addiction, but there are simple things every Virginian can do to help those around them:

Know the signs of addiction and substance use: Signs of recent opioid use include pinpoint pupils, sleepiness, “nodding” and scratching. Common signs of addiction include constant money problems; arrests; track marks and infections from needle use; lying about drug use; irritability and, when drugs can’t be obtained, physical withdrawal symptoms such as shaking, dilated pupils, nausea, diarrhea and vomiting.

Talk to your loved ones: If you suspect that your friend or family member is struggling with addiction and substance use, talk with them. The state’s new website, VaAware (http://vaaware.com/treatment-recovery/), offers resources on how to best discuss addiction with someone you love.

Properly dispose of medications: If you have unused, expired or unwanted medications and need a way to safely dispose of them, you can now get a drug disposal bag from your Local Health Department. The bags allow for you to safely deactivate and dispose of medications in the privacy of your own home. Additionally, you may return unwanted prescription drugs for destruction to one of the authorized pharmacies listed at www.dhp.virginia.gov/pharmacy/destructionsites.asp. Some local law enforcement agencies also collect and destroy unwanted drugs.

Obtain Naloxone: If someone in your life is struggling with opioid addiction, visit your local pharmacist to obtain Naloxone and keep it on hand for possible overdose emergencies. Naloxone is a medication that can reverse an overdose that is caused by an opioid drug (i.e., prescription pain medication or heroin). When administered during an overdose, Naloxone blocks the effects of opioids on the brain and restores breathing within two to eight minutes. Naloxone has been used safely by medical professionals for more than 40 years and has only one function: to reverse the effects of opioids on the brain and respiratory system in order to prevent death. Family members and friends can access this medication by obtaining a prescription from their family doctor or by visiting a participating pharmacy that can dispense the drug. More information on Naloxone can be found at www.getnaloxonenow.org.

For more information on treatment if you or a loved one is struggling with addiction, access to resources and the latest research and data on this crisis, go to VaAware.com. You can find a map of counseling and treatment centers in Virginia at DrugFreeVA.org/grab-a-lifering/.