The Joys and Sorrow of the Piedmont Blues 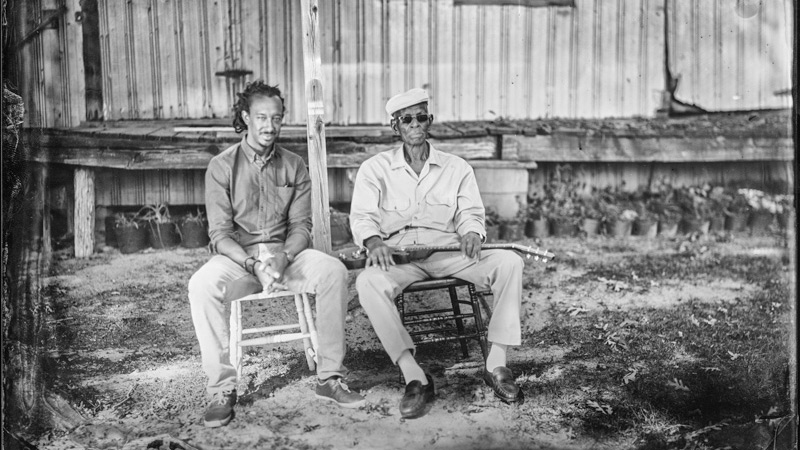 When it came to cigarettes, Durham was king in the 1920s and ’30s. Unbeknownst to most, it was also a musical hotbed, thanks to its factory workers. Over the din of production, tobacco warehouses filled with spirituals; post-shift, folks would gather outside with whatever instruments they could find to let go of the day’s worries. (Local lore suggests one man often wheeled his grandmother’s upright piano into the street to partake.) It became such a happening scene that touring bands would occasionally seek out the warehouses to join the reverie of Bull City.

This was the birth of the Piedmont blues, a distinctive regional style characterized by finger-picked guitar made famous by the likes of Blind Boy Fuller and Etta Baker. Unlike blues of the Deep South, this style has a plucky ragtime feel that’s harmonically distinctive. Many folks learned how to play it from their elders in the home or at a Saturday night fish fry with a side of corn liquor. It quickly took off across parts of Virginia, the Carolinas and a smidge of Georgia, between the Atlantic coastal plain and the Appalachians. While the songs are seemingly playful, it’s still the blues, where stories of struggle and injustice are shared.

Nearby Duke University knew there was a larger story that needed to be told. The school approached renowned jazz pianist Gerald Clayton to create a production that explored this rich musical tradition of the Piedmont.

“The core of a lot of music that I love is blues, but this was obscure to me. I wanted to get hip to all of the music that came out of there,” he says.

With a curious mind, Clayton approached the work as a student, making several trips to North Carolina and surrounding areas over a period of two years. “To serve the music, you really have to soak it in at first,” he adds. Clayton says his fondest memories come from time spent with the remaining elders. “To shake hands and hear their jokes really made me feel their vibe,” he says.

The result is Piedmont Blues: A Search for Salvation, an original composition informed by a past that’s “fundamentally contemporary.”

“This music came from struggle and pain that existed in Jim Crow years and still exists. The piece isn’t just to do our best impression of a dialect, a language; rather, [to] explore the mask that exists in Southern expression,” he says.

For the stage show, Clayton partnered with a six-piece band, gospel choir, tap dancer and vocalist René Marie as well as Christopher McElroen, a co-founder of the Classical Theatre of Harlem, to create exciting visuals, including stunning archive footage.

“I hope it encourages listeners to explore history with a curious mind, not to accept the narrative that we are spoon-fed, says Clayton. “In expressing your joys and sorrows, you get a little taste of salvation.”

Modlin Center for the Arts at University of Richmond presents Gerald Clayton + The Assembly performing Piedmont Blues on April 13 at 7:30 p.m. at Dominion Arts Center’s Carpenter Theatre. Modlin.Richmond.edu or 804-289-8980