Home » Travel » Pilgrim Maya: A Once in a Lifetime Trip

Around the USA in 30 Days 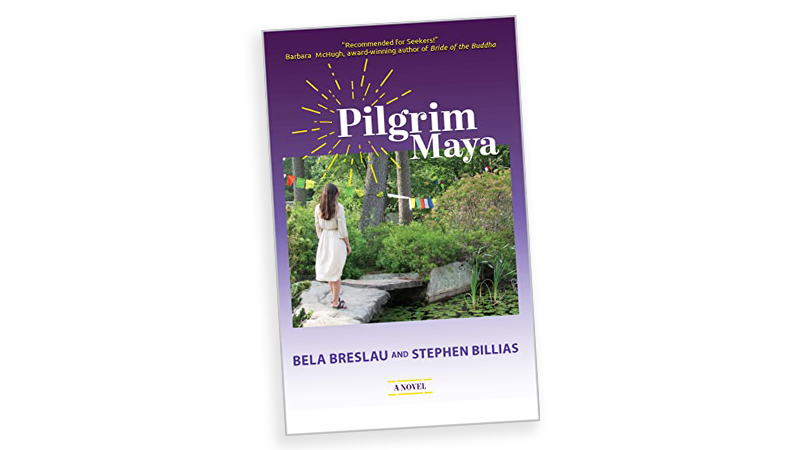 Author and Boomer reader Stephen Billias shares pictures of his whirlwind trip he took with his wife, Bela Breslau, to promote their new book, Pilgrim Maya.

On Saturday, Sept. 3, my wife, Bela, and I began our 30th anniversary road trip / book tour with tea at the Syracuse Zen Center with Abbot Shinge Roshi Roko Sherry Chayat. After Shinge Roshi read and enjoyed Pilgrim Maya, she invited us to tea. Our visit felt like a blessing at the start of our long journey.

Our second stop after Syracuse was in Buffalo, New York, and then Midland, Michigan. In Minneapolis we did a book signing in the Mall of America, a place so big it has a roller coaster and Ferris wheel inside. Stephen recruited Super Thunder Frog from an @F1RSTWRESTLING event in the mall, and snagged a bit of co-branding with Super Thunder Frog holding up a copy of Pilgrim Maya. 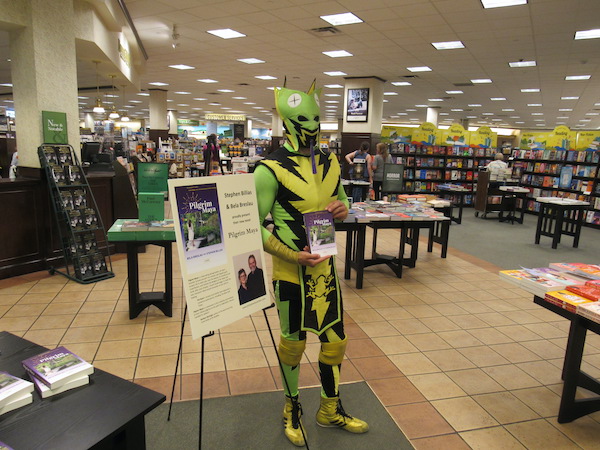 The next day we camped in the Theodore Roosevelt National Park in North Dakota. Bison roamed freely. We took pictures so close we could hear their grunting and breathing, and smell them. 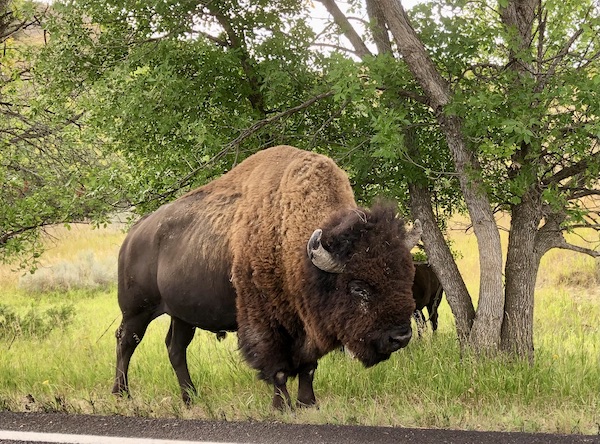 Next day we camped (Bela in her bed in the minivan and Stephen in his pop-up two-man tent) in the Lewis & Clark Caverns State Park in Montana. More than 200 years earlier the L&C expedition had lunch in the place where we were camping, though they did not discover the caverns, which we toured. 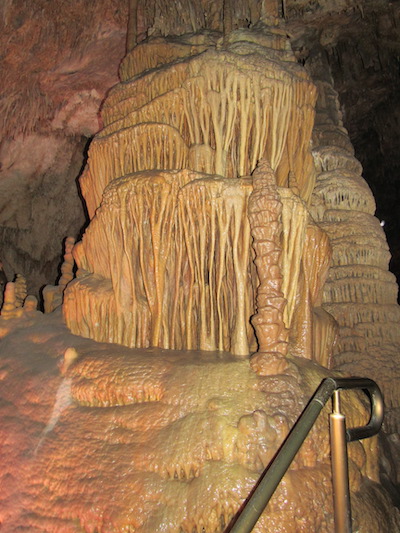 Around this time, we started sitting Zen zazen meditation while driving down the highway at 75-80 miles an hour. It’s all about concentration and awareness! We kept up this practice throughout the rest of the trip. Not all our meditation was in the car. We had a beautiful time sitting on a stone fence overlooking Crater Lake in Oregon.

We drove from Montana to Seattle, our longest drive thus far, and had a book signing at Island Books. From Seattle we drove to Portland, Oregon, where an old friend hosted a backyard party for her “Not A Book Club” friends, and later made us an elaborate and delicious dinner, because we were there on the day of our actual anniversary.

When we left Portland, our next stop was Crater Lake, a true power spot, a collapsed extinct volcanic caldera filled with water. We hiked up to Watchman’s Peak for the best lake views. Later we camped in the shadow of Mount Shasta. 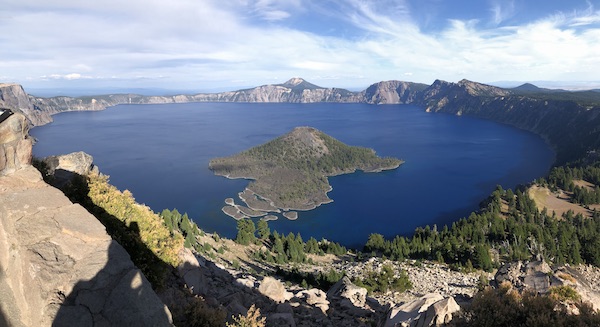 In the Bay Area we had a book signing at the B&N in El Cerrito. Many old friends showed up. Bela read two excerpts from Pilgrim Maya.

Early Monday morning we headed down I-5 to Thunderbolt Spiritual Books in Santa Monica. Stephen swam in the Pacific next to the Santa Monica pier.

The next day we drove through the Virgin River Gorge and then meandered up Red Canyon to Kodachrome Basin State Park, where we hiked out to a spot aptly named Panorama Point and had a picnic lunch. 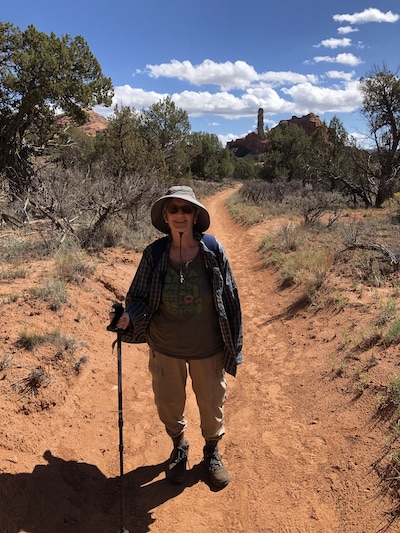 We resumed our travel to Boulder, Utah, heading up into the Grand Staircase Escalante National Monument on Route 12, one of the National Scenic Byways, an unforgettable drive. At every turn in the road, we were astounded by the vistas and views, each more spectacular than the last.

Several years ago we had read about a restaurant in Boulder called Hell’s Backbone Grill. It was worth the trip, both for the elegant and unusual food (pumpkin and gruyere tamale, calabacitas enchiladas) and for the drive. 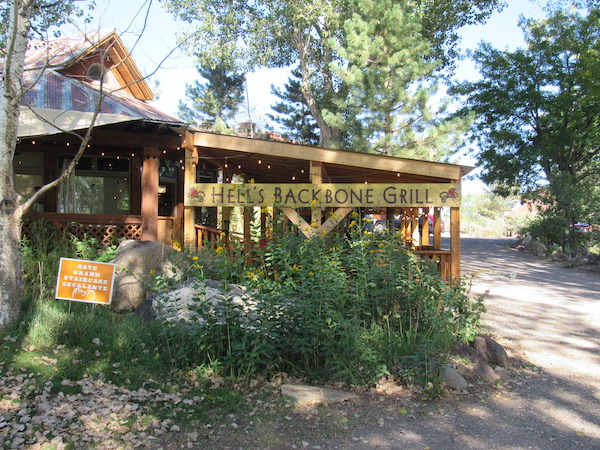 The last five miles into Boulder are along a section of Route 12 nicknamed the Poison Road by the men who built it, because so many workers died during its construction. Today the road is a two-lane highway with thousand-foot drops on both sides, like driving on a tightrope.

Leaving Boulder we chose another fabulous road, Alternate Route 89A, from Kanab, Utah to Bitter Springs, Arizona, which took us past the long, colorful line of the Vermilion Cliffs and past Lee’s Ferry. 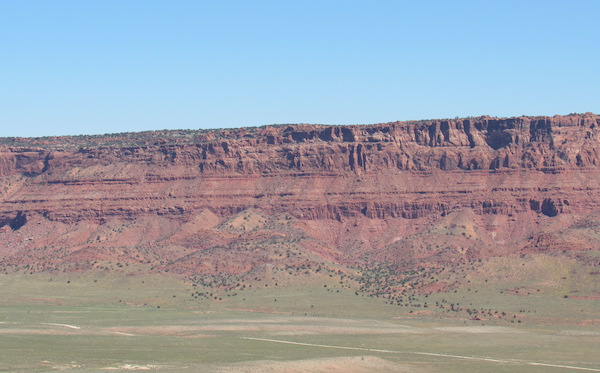 In Scottsdale, Arizona, we did another B&N book signing. Then, Texas! Two and a half days and 899 miles later, we arrived in New Orleans, had a superb dinner at Bayona, a spot in the French Quarter that the locals favor. The next morning, we had chicory coffee and beignet at the original Café du Monde. 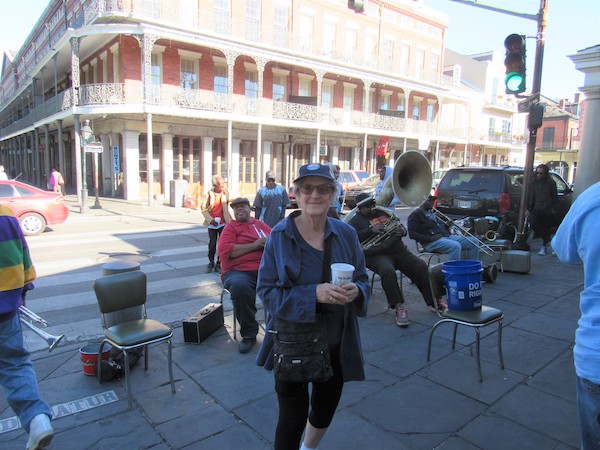 Our next stop was the Legacy Museum in Montgomery, Alabama. The museum traces the course of history from slavery to modern mass incarceration. Everyone should go to this museum, especially those who deny there is any injustice in our current society.

Our last book signing was at The Potter’s House in Washington, D.C. Bela gave a reading of two excerpts. 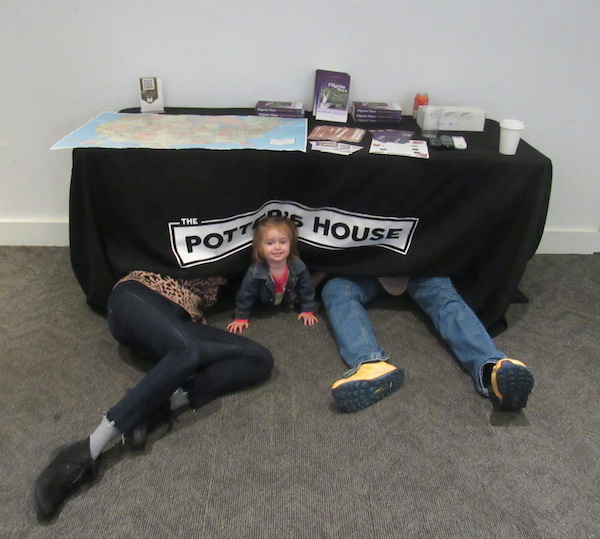 It was a fitting end to the trip that had started with tea with the Roshi.

After the reading, we made a mad dash for home in Deerfield, Massachusetts, arriving safely late in the evening of Saturday, October 1st. So ended our trip, after thirty days on the road, 9,058 miles, with no car trouble, no accidents, no COVID, no tickets by Southern policemen. Our old Toyota Sienna van was definitely a character in this journey. We kept patting it like a horse, urging it on. Taking the trip has strengthened our marriage, just as writing the book together did. We undertook a huge project and pulled it off in style. Our three-fold vision played out as we expected—book signings, visits with old friends, and trips to state and national parks. A rich and rewarding, if somewhat exhausting experience.

Hope you enjoy some of the amazing sites of natural beauty we visited!

Excerpts from The Little Book of Bela’isms 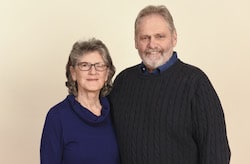 Stephen Billias is the published author of seven fantasy novels and one literary collection of short stories is and a MacDowell Fellow. The Little Book of Bela’isms is Bela Breslau’s second book. In 2019, Breslau and Billias wrote a novel together entitled Pilgrim Maya, which was published on Aug. 1, 2022, by Odeon Press. Breslau is working on a third book currently, a family history-memoir-biography of her father. You can learn more about Billias’ Amazon Author page and his IMDB page.