We once marched where protestors march today 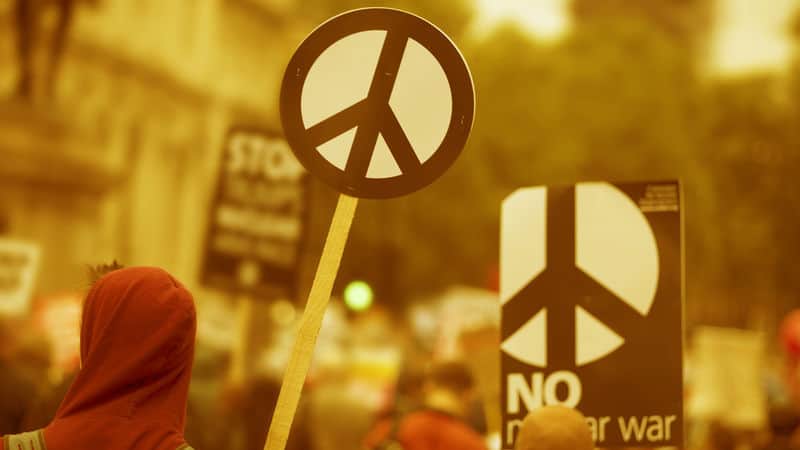 Before casting judgments on contemporary protestors, boomers should recall the movements of the 1960s, noting that protests and generations are a recurring and necessary historical theme.

Do you remember when it was us singing?

When it was our hands that threw the stones, threw back the tear gas canisters, knelt over our fallen?

We rode in VW vans that we painted and sloganeered by hand. We slept curled on someone else’s floor, sometimes hungry, often accompanied. In tie-dyed shirts, headbands, bell bottoms, and barefoot, we marched chanting and held hands with strangers around us. We did not let go when met and challenged in the streets.

We wanted a calcified world to change, then learned that the people who opposed us were just like us. They were selfish and we were selfish. They used force and we used force. We loved freedom and they did, too, but of a different kind. We wanted freedom with equality, they seemed to want only freedom.

Don’t stand in the doorway

Don’t block up the hall

For he that gets hurt

Will be he who has stalled

The battle outside ragin’

Will soon shake your windows

And rattle your walls

For the times they are a-changin’

Our leaders ignored us for too long, so we burst out of the rules, sometimes past the bounds of the law. Unrest, like fermentation, will always explode if left unaddressed.

TIME PASSES ON PROTESTS AND GENERATIONS

History tells us we won. Our generation fought and ended a war and a presidency. We’ve honored our warriors and our dead, even if it’s been imperfect and insufficient. Most of the villains have been uncloaked. We’ve retired our music and bellbottoms and sold the vans or gave them away to a new rank of kids. We’ve set on shelves of memory and storytelling our time in the streets and the jungles.

I have to ask: did we retire also the lessons? Did we forget that plaints against power will inevitably be addressed one way or another? That the time to take action can be chosen by us or it will be chosen for us? That the folks across the table, the sidewalk, and the street are just like us?

They love freedom, too, though it may not be the freedoms of the status quo. They love America, too, and like us have a right to shape it because they are the inheritors. And they march and chant like we did, wreck what we wrecked as angrily and wantonly. We blame them as we were blamed, and that’s fair because violence always stains the hand that wields it.

AND HERE WE STAND NOW

But is it their fault alone? Was it ours alone? When we were young, we waited, and today’s youth wait, for justice without regard to matters of skin and gender. We continue to send our young people to conflicts in foreign places without exhausting every other option. The young of today seek economic fairness, they ask for acceptance and celebration of all the races that we are, and they demand restraint from those who have power.

We, all of us, ask to be safe. To be subject only to punishments commensurate with the trespass. Everyone prizes the flag, that symbol of the promises made to us as citizens, but many young people insist that America honor those promises first before they’ll cover their hearts and stand for it.

Sixty years ago, we marched for this same belief, that America should mean prosperity, safety, trust, and evenhandedness. We either got what we wanted or enough of a semblance to calm us down.

An ugly mantra from our generation was “I got mine. You get yours.” See how this turns around on us? Today’s youth follow our example. Shouting when The Man doesn’t listen. Marching when power stands pat. Locking arms and singing to keep in step. Knocking down what may have stood for too long. Getting theirs.

They’re to blame, of course they are. If you remember correctly, so were we.