Rick Young long has studied the lives and endeavors of Orville and Wilbur Wright, who in 1903 in the Outer Banks were the first to make sustained and controlled powered flights. Rick and his wife, Sue, have also built replicas of the Wright brothers’ original gliders and flyers. Their replica of a 1911 glider hangs at the North Carolina Museum of History in Raleigh. Several others are on exhibit in the Richmond area.

We talked at the Half Way House restaurant in Chester, which the Youngs own.

Q. WE’RE HERE WITH A GUY WHO HAS DESCRIBED HIMSELF AS A WRIGHT BROTHERS GROUPIE. RICK YOUNG AND HIS WIFE ARE OWNERS OF THE HALF WAY HOUSE RESTAURANT. LET’S TALK ABOUT THE RESTAURANT REAL QUICK, FIRST, BECAUSE IT GOES BACK TO THE 1700S. YOU AND YOUR WIFE HAVE OWNED IT SINCE THE EARLY ’80S. HAS IT BEEN IN CONTINUOUS OPERATION?

A. No, during the Civil War it was [Union General Benjamin] Butler’s headquarters, and it had served as an ordinary, a tavern up until that point. But after the Civil War, at some point it closed, and a family lived here for a period of time as just renters. It still stayed in the original Hatcher family. But then it was acquired in the ’20s by a bright tenant from Petersburg and he reopened it up as a restaurant during Prohibition. And then it did close briefly after that. And in 1941, it was acquired by the Bender family, the third family to own it. And they opened it permanently. It’s been open since then.

A. I was vice president of the First Flight Foundation, and I recently left the board to be able to work more closely with the North Carolina Museum of History, and that’s sort of the next phase in our work.

Q. YOU SAID YOU WERE SO CLOSE TO THE WRIGHT BROTHERS YOU CALL THEM “WILL” AND “ORV.”

A. Or “Ullam” and “Bubbo,” as they affectionately called one another. … They were really quite different than the impression that people have gotten through history and … those black-and- white photographs with starched collars. They look a little stiff, but they were anything but that. They were really jovial, fun, intelligent, bright, energetic guys that you would have loved, and I know a different Will and Orv than probably most anybody from having spent 40 years studying them.

Q. AND YOU’VE BUILT MANY REPLICAS.

A. We’ve added them up recently: I think it’s 19 different Wright artifacts that we’ve built.

Q. THERE ARE NO SCHEMATICS OR PLANS FOR THEM AVAILABLE, SO HOW DOES THAT HAPPEN?

A. The Wright brothers were really well aware of the role that they were playing in history at the time. They actually undertook this challenge with the idea that they could accomplish something that would change the world. And, at the same time, they had to keep their work secret [to get patents], so they didn’t make drawings. They made tons of sketches; you had to make hundreds of sketches when you build something. But none of those survived. … So it’s just unbelievable photographs that the Wright brothers took that allowed my wife and [me] to go back through and rebuild their machines and experience for ourselves what the Wright brothers went through doing that.

Q. THIS IS BEFORE THE INTERNET, SO HAVING DRAWINGS –

A. It was the age of the beginning of journalism, and people would write anything. … So they were very much afraid of journalists. And if someone had gotten some information and published it, it would have prevented them from getting their patent.

Q. DO OUR TAR HEEL FRIENDS KNOW THAT THESE REPLICAS, SOME OF THEM, WERE BUILT HERE AT THE HALF WAY HOUSE IN CHESTER?

A. We have aircraft in Japan; we have them in Washington, D.C., at the Air and Space Museum; here in Richmond; and now in North Carolina. Sue and I have remained very low-key and under the radar. We don’t have a website, we don’t market what we do. … I think you’re correct, I don’t think most people know. But a lot of our guests through the years have had a lot of fun coming up into this room that we’re in right now. We would be sewing wing fabric and putting together, assembling portions of wings right here in this room if it wasn’t being used.

Q. WHEN YOU DO A REPLICA, YOU WANT IT TO BE AS CLOSE AS POSSIBLE. ARE YOU COMFORTABLE WITH THE FACT THAT YOU NAILED IT?

A. Well, you get better every time. That’s why it’s fun to do them again. And the machine that is the most important is the Wright brothers’ 1902 glider. It’s the third full-sized machine that they made. And it’s the one that they really perfected the system of control on, and that machine is the one we’ve built the most. I actually don’t know how many times we’ve built it, but probably eight times or 10 times now. And each time we get better and better. And what’s helped is our ability to access photographs. … Most of the prints we’re looking at are one or two inches and they’re beautiful silver-nitrate photographs. But we’d look at them with magnifying glasses. Now we have amazing high-resolution scans, so that ability to access the data and the imagery is so much better now. And every time you look at a photograph, you see something new. So it’s not going to end with our work.

Q. WHEN YOU GO TO THE OUTER BANKS, PEOPLE GO AND SEE THE WRIGHT BROTHERS MUSEUM, THEY’RE SEEING YOUR [REPLICAS]?

A. No. There are two replicas [at the Wright Brothers Memorial in Kill Devil Hills], a 1902 and a 1903. And the 1902 was built by a group of aviation-industry figures with Orville’s help, and then the 1903 flyer that is there was built by another group in Virginia called the Wright Experience. The only machine we have in North Carolina right now is the 1911 glider that’s currently hanging in the lobby at the North Carolina Museum of History in Raleigh.

Q. FOLKS LOCALLY CAN SEE SOME OF YOUR WORK?

A. Sure, at the Virginia Aviation Museum at the airport here in Richmond. There’s an 1899 kite – the first machine the Wright brothers built, the one they came up with the idea of wind-warping and lateral control – and we also have the 1900, 1901 and the 1903, the world’s first powered-flyer replica there. And downtown at the Science Museum, a Wright 1902 glider is hanging from the rotunda.

A. Yes, actually. Most of the flying was done by Sue. And the IMAX film, it’s called On the Wing. It played here in Richmond, and it plays periodically. And then we’ve done American Experience, Discovery and Nova documentaries [on the Public Broadcasting System]. And that’s been a fun part, sharing it. … We spent the first 40 years sort of going through the Wright brothers’ work and understanding it, experiencing it. And now we’re shifting gears to the point where we’re starting to look at sharing the results of our work now, in a more formal way, with the world. Up until now, we cooperated with projects and things that have come along that wanted us to be a part of it. Now we’re looking at originating some of that work for ourselves and trying to leave the legacy that we hope will inspire future people that continue to study this story, because it was all done in secret. The Wright brothers never disclosed how they did what they did. Orville took it to his grave. Wilbur died early. And our goal has been to try and open a few cracks in understanding how the Wright brothers achieved this incredible discovery.

Q. SO WHEN FOLKS COME TO THE HALF WAY HOUSE, YOU GET THE HOUSE SALAD, ESPECIALLY IN THE DAY, AND SOME INSIDE INFORMATION ON THE WRIGHT BROTHERS. THANK YOU, RICK.

A. You’re very welcome. Thank you for coming. 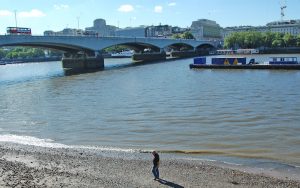