‘He thought it was a hit when nobody else did – including myself!’ 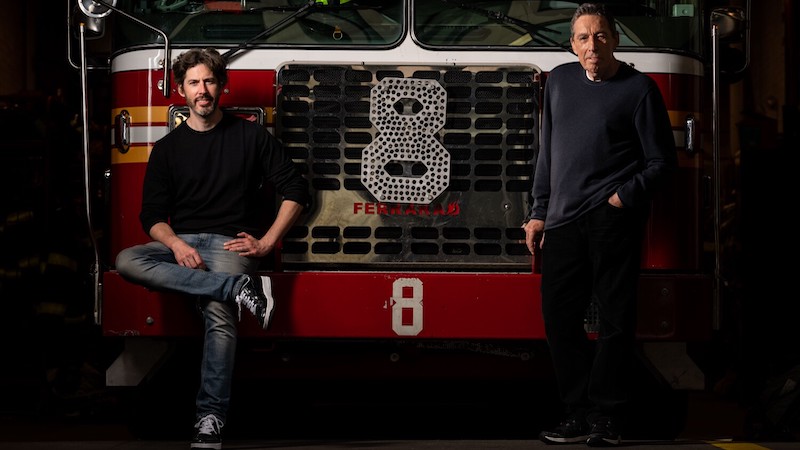 Ray Parker Jr. had enjoyed a successful career in music when he received a call from his friend Gary LeMel about doing music for a weird film called “Ghostbusters.” Originally a session guitarist in his native Detroit, he recorded and toured with artists like Barry White, Bohannon, the Spinners and Marvin Gaye, and performed on Stevie Wonder’s classic “Talking Book” album and was the guitarist in Wonder’s band on a 1972 tour opening for the Rolling Stones. As a solo artist and with his group Raydio, he enhoyed hits with songs like “You Got the Love,” “Jack and Jill” and “A Woman Needs Love.”

But the success of “Ghostbusters” – which was originally just music for a 20-second segment in the film – went far beyond anything he’d accomplished before, and as he says below, it was all thanks to “Ghostbusters” director Ivan Reitman, who passed away on Feb. 12, 2022. Parker remembers his friend below.

How did you get involved with “Ghostbusters”?

[Legendary film music executive] Gary LeMel – I knew him from the Barry White days, he was the publisher on those records, and he just thought I was the right one for that project.

Had you worked much in film or TV music before?

I did a couple – I did the theme for “The Richard Pryor Show” [which ran for one season in 1977] and I did a Lily Tomlin, but not a lot. “Ghostbusters” just kinda came out of nowhere.

How did it come together?

Gary LeMel took me there and, I’ll never forget, I met in a room full of people, Ivan was there and he told us what he wanted, and I left early because I had a good idea of what he was looking for. And in my documentary, he actually says “Ray left fast, saying ‘I think I got it,’ and I’m thinking, ‘Who is this guy leaving so fast?’” (laughter).

But he’s the one who picked the song – everybody else thought it was a little bit crazy.

In the beginning, they only wanted 20 seconds over the library scene, where the girl comes in and the books are flying around, so I wrote that. I had the “Who you gonna call” and that stuff, but it was really, really short. But Ivan called me up and said, “I like what you’re doing with that, can it be longer? Can you make it a record? Can it be something else?”

I thought it was good for the film but I was like, “You wanna make a record out of that?” But he heard it clearly. In the parts I turned in, some were supposed to be background parts, but he wouldn’t even let me re-sing it! He said, “I like the way you’re signing it, the slang and everything” – so we kept the demo because he loved it all.

He thought it was a hit when nobody else did – including myself!

“No, Batgirl, Get Out Quick!” – The Watering Down  of a RV Heroine

So that’s how things turned around, and we got the [longer official] version, and he got so excited about the song that he wanted to direct the video – that’s the only video he ever directed – and there was an [extended] version and it came out on the radio, then they put the album together. So it’s been an unbelievable experience over the last, what is it, 38 years?

Did you get a lot of film-music offers after that?

Believe it or not, no. it was one of those songs where if you did your job too good, people got mad at you. I guess it was such a huge hit – not too many phone calls after that (laughing).

I saw him quite a bit after that. I used to go by his house and swim in his pool, and his young son was there – Jason. And he lived long enough to see Jason become a director, and then Jason directed the last “Ghostbusters” film. If you’ve gotta go, and we all do someday, what a perfect thing to see – his son take over the “Ghostbusters” franchise and really do something great with it. I thought that was wonderful.

I love Ivan – he was the one who put it all together for me. He changed my entire life, when I think of the important people in my life he’s right near the top. That record sold like crazy and continued forever. No matter where I go, people ask, “Who you gonna call?”

Are you sick of it yet?

CAPTION OF IMAGE ABOVE:

Father and Son, Directors Jason and Ivan Riteman, pose for a portrait at the Hook and Ladder Company 8 Firehouse on Friday, Oct. 8, 2021 in New York, NY. CREDIT: TNS.