Home » Family » Returning to a Childhood Home, by Randy Fitzgerald

Returning to a Childhood Home, by Randy Fitzgerald

The places we remember 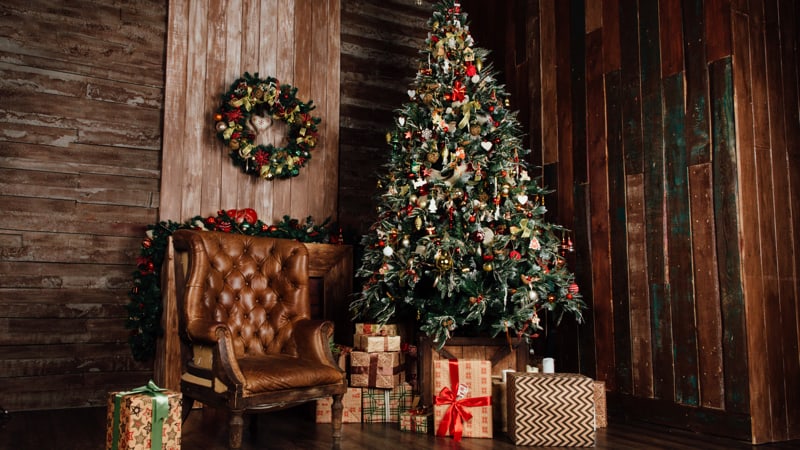 At the end of summer, there was a knock on our door early one morning. Barb, who was already at work on her computer, stuck her head out an upstairs window to see who it was. The man at the door said he used to live in our house in the 1950s, was passing through town and couldn’t resist coming up that front walk one more time. We let him in.

This is the second time in the 32 years we’ve lived here that somebody who grew up in this house has turned up on our doorstep. And each time, they have told us where their Christmas tree used to stand. They go over to the big front window and hold one arm up high toward the ceiling and start to talk about Christmases they remember in this house. When Barb and I first walked through this old house with a Realtor all those years ago, I had said, “This one is a Christmas house.” And it was.

The first former resident to show up came about 25 years ago, accompanied by his 10-year-old son. He was then a state representative from Arizona, but he was as excited as a kid to tour the house again, to show his son the room that had been his in his youth. Every room had a memory for him, and he shared a dozen of them as he walked through. When he got back to the living room, he said, “We always had the Christmas tree right over there. I remember the morning I came down and found my first bike.” And then he just stood there for a few seconds, and – more clearly than all the stories he had told – you could see his memories on his face.

As the two started down the front walk to leave, the father turned back and said, “When I lived here, the fellow across the street was the meanest man in Richmond.” Barbara said, “He’s still there, and he still is.” And they were indeed talking about the very same fellow, now long gone. Sadly, not all memories can be happy ones.

The more recent unexpected guest had his own memories: the call button on the upstairs wall that didn’t ring anywhere (still there, still doesn’t), the room on stilts at the back of the house (still there, still curious), the garage where he played as a kid (still there, jam packed now). And, of course, the place where the Christmas tree stood.

I’m wondering if, someday when we’re long gone, our two kids will return to this house and stand on the front porch hoping for admission. If they get in, what memories – particularly Christmas memories – will stand out for them? Will they remember the year the parakeet got out and was found, after a long, long search, sitting like an ornament on the Christmas tree? Or the way our many cats over the years always curled up in an empty Christmas box, sleeping off the morning’s excitement? Or perhaps it will be the family ritual of decorating the tree, with the special ornament each child had with their photo, to place anywhere they wanted.

A few years back I found myself in Charlottesville one day, on the front steps of one of the houses where I grew up. The lady currently living there let me in, and I marveled at what I could remember. That was the floor register I was happily leaping over when my mother said I had to have my tonsils out. And there is the spot where the Christmas tree stood, always partially hidden by a mountain of presents for me, my brother and sister. One year, I got a red wagon, and sitting comfortably waiting to be acknowledged was Mitzi, a dachshund, my first dog – and maybe the best present I ever got under a Christmas tree before or since. So many memories. I hope all the ones you make this season are happy ones.