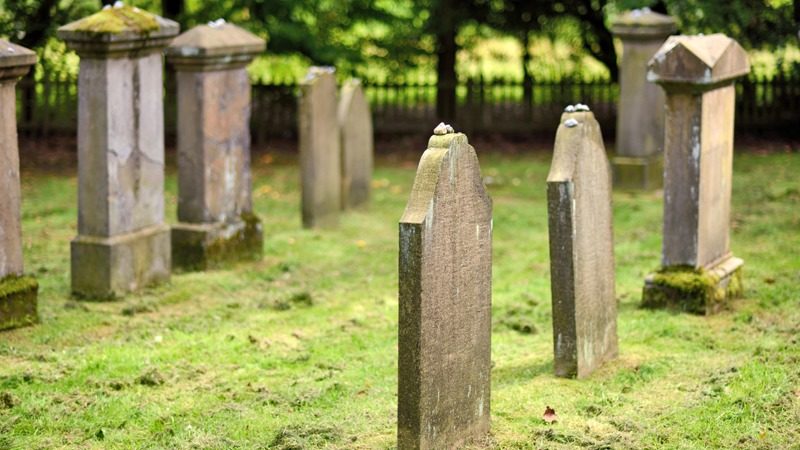 Thirty years ago, my father, Sam, passed away in his hometown of Milwaukee. He died at age 70 while visiting his youngest brother, Bernie.

Dad suffered a quiet heart attack while watching television with his brother. When the family and I arrived the next day (Jews; we dig a hole if you cough), Bernie told me the following story.

At the outset of the show, Knight Rider (you remember, KITT, the talking car), Dad made the observation that the female cop in a scene was more than she seemed to be.

Bernie resigned to keep an eye on her as the plot progressed. Halfway through, Dad’s prediction proved correct. Bernie didn’t nudge his brother who appeared to be asleep, snoring.

“Davey,” he said while we sat in his living room, in the place where Dad died. “Sammy wasn’t snoring. That was his death rattle.”

My own grief bowed my head. Bernie shook his gray crown in awe at the Almighty and His ironies.

“Ain’t that something, though?”

I informed my beloved uncle that if he told my mother that, there would be two funerals the next day.

As I’ve related on these pages several times, and in a play, and in my own many writings, I do not hail from exceptional people. I come from clay, from alleys and wool. In our history, we have been studious or sold fish, we’ve exchanged monies and we’ve departed one home for another, often poorer, home, carrying everything we were allowed to keep. All my immigrant grandparents, my f irst-generation father and my uncles, my first-generation mother and my aunts, were of a clan and a time between sepia and color. They were black and white and are easily recalled this way. They and their ancestors’ history is the diaspora, chased from land to land, rarely relocating for opportunity but for survival and the off-chance at freedom. When you carry on your back or in a valise your entire world, you learn to seek other, often otherworldly, possessions.

You see, Bernie sensed God’s hand in my father’s prescience before death. He saw a simple, last thing as a marvel. This is why I’m a writer. I’ve inherited from my clan of merchants, rabbis and wanderers the gift of sifting wonders out of the common. For I, too, travel light through my days; my suitcase is small, like theirs. I have to choose what to put in it. I fill it with tales, because this is what I believe will best sustain me on my journey.

Early this summer, I drove the 1,400 miles to Milwaukee to visit Dad’s grave and Bernie’s two kids, my cousins Lisa and Stevie. I had a wonderful time (though that accent is hard, man). I hadn’t seen Dad’s grave since Lisa’s wedding 16 years ago, and that had been a perfunctory stop.

This time, I cleared the morning. Lisa, Stevie and I drove to the big Jewish cemetery and I sent them off to go see Bernie’s grave. I intended to have a good chat with Dad, do some karmic catch-up.

Stopping at the groundskeeper’s house, I found the most marvelous woman. She’d cared for this cemetery for over 40 years, her mother and sister before her. I asked for the location of Sam Robbins. She beamed.

She strolled along with me, right to him. She told me of the day Dad came to her, and the day Bernie came and my other aunts and uncles. She knew details about my family I didn’t know because she did this, walked and talked with all visitors to the many graves under her care. She collected stories. She even knew a few about me, from Lisa and Stevie.

I wanted to hug her.

I sat with Dad, leaning against Mr. Feinbaum’s headstone, lounging on his grass. I brought Dad up to speed on my life, gave him other news, enjoyed early summer in Wisconsin talking to my dead. It was silly and a long way to drive. But it grows more touching and important the further time drifts that day away from me.

I put it into my valise. I pull it out here for you.

She’s a hooker, and Sammy’s over here.

Commonplace, and just a little odd. What could be more amazing?