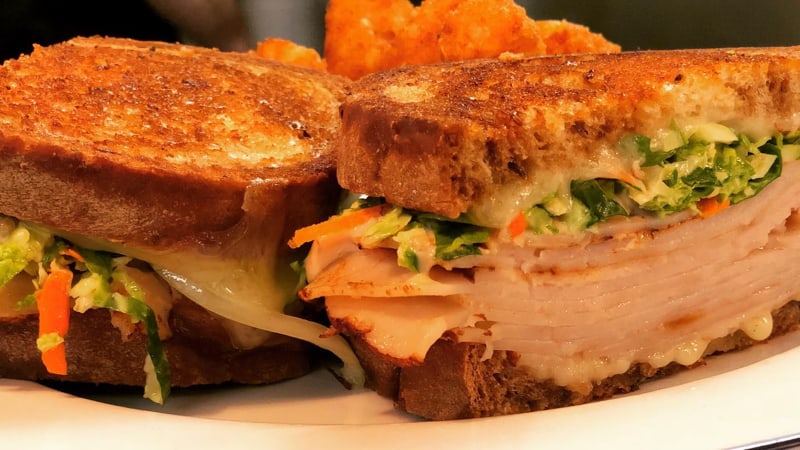 After five decades of dishing out hearty fare on Forest Hill Avenue, John and Tom O’Toole have taken their Irish concept to Chesterfield. The new space is fresh and welcoming while outfitted with dark woods and an expansive bar that continue the Irish pub vibe. As at the original O’Toole’s, the lengthy menu offers loads of appetizers, salads, entrées and handhelds. It includes dishes that hail from The Emerald Isle as well as America (and an optional cauliflower crust for the pizzas). Even vegetarians have options. True to the Irish roots, the bar pours beer from 36 taps and other pub drinks. Sláinte! ~ AT

A corner of Italy nestled in the heart of the Fan

Though brand new, Gersi exudes an old-fashioned atmosphere that gives it the feel of a well-loved, decades-old Italian restaurant. And with fresh, flavorful ingredients used in each dish, Gersi just might become an Italian favorite someday. The menu contains a variety of bruschetta, pastas and antipasti, on top of a changing list of specials: featuring dishes such as veal Milanese, chicken parmigiana and a selection of homemade pasta. Pair it up with a glass from their large (but not overwhelming) list of Italian wines for the complete experience. Just be prepared for leftovers. ~ Rachel Marsh

For a quick bite, leisurely evening and anything in between

This quaint, farm-chic hub in the middle of Richmond’s Devil’s Triangle is one of those people-pleaser kinds of restaurants. It’s got the kind of selection to satisfy any palate: from light apps and salads, to thick sandwiches and savory dinner entrées, to chic charcuterie boards (including the Virginia Board, featuring ham and pimento cheese). On the bar side of Izzy’s, sip on a variety of wines, beers, specialty cocktails and even shrubs. ~ RM

The sophisticated brother of Alamo BBQ

It’s hard to say which will catch your attention first when you walk through the doors at Frontier: the enticing aroma of smoked barbecue or the life-size taxidermized grizzly. Though this bear is mesmerizing, the barbecue will ultimately win. You’ll find an array of tender, high-quality smoked pork, chicken, sausage, brisket and ribs. Their menu also includes a Tex-Mex version of the classics, in dishes like tacos, quesadillas, burritos and BBQ nachos. Owned by the detail-oriented barbecue geniuses that brought us Alamo, Frontier offers the same quality product in the comfort of a more upscale atmosphere – and a full bar. ~ RM

An offshoot of Country Style, it’s got to be good

Baking prowess may not be genetic, but working in the family donut business – especially at Richmond’s legendary Country Style Donuts – is bound to foster donut-making skills. And Halla and Ramzi Rabah’s new Donuts Company doesn’t disappoint. Ramzi creates a myriad of cake and yeast donuts (whole, holes and filled) as well as apple fritters, cinnamon rolls, twists, crullers and old fashioneds. If you want coffee, hot chocolate or tea with your donuts, Donuts Company sells those, too. ~ AT

Don’t just walk – fly on over to the new restaurant that made its nest in the former Pasture space on Grace Street. Featuring California Baja-inspired cuisine, the kitchen’s small plates, tacos and a few entrées highlight picture-perfect presentation, fresh flavors, creative combinations and house-made ingredients, including the tortillas. A wood-fired grill confers a smoky note to the atmosphere and to some of the dishes – like the mango-molasses ribs. The setting is comfy and relaxing. Vegetarians will welcome dishes crafted just for them, like tacos with butternut squash, Brussels sprouts and hen of the wood mushrooms. A full bar with a margarita-and-tequila focus complements the cuisine. ~ AT

Kicking it up a notch

This 15-year-old local coffee roaster is giving Richmond fresh ways to enjoy its product in a new spot, located across from Scott’s Addition. On top of traditional espresso drinks, they offer a list of signature beverages (did someone say “Bananas Foster Latté”?), plus an array of teas. The food menu goes a step beyond a traditional café, with extravagant versions of toasts and different shareable finger foods, in addition to the usual suspects of pastries. Feeling nostalgic? Order a pair of chicken salad sandwiches on Ukrop’s White House rolls! ~ RM

Truckle Cheesemongers’ curated cheeses are now available at a dedicated retail shop within the Blue Bee Cider space in Scott’s Addition. Grab your cheeses to go or enjoy a cheese plate or grilled cheese sandwich at the cidery. If you’d like to enjoy cider with your cheese, Truckle associates can offer pairing suggestions, too. ~ AT

Craving fried seafood with a moderate price tag? Choose from a variety of fish or dig into oysters, scallops, shrimp, crab cakes and clams. Except for crab legs and steamed shrimp, all seafood is lightly fried, with a cornmeal-style crust. Expect the usual suspects as sides – hush puppies, cole slaw, fries (Old Bay seasoning optional), etc. Canned/bottled sodas, teas and juice available, with ABC license for beer pending (craft and domestic). Though Anton’s has plenty of seating, all food is served in foam to-go containers with plastic utensils. ~ AT 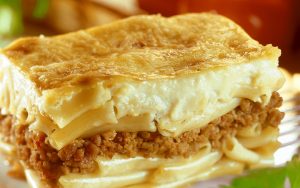 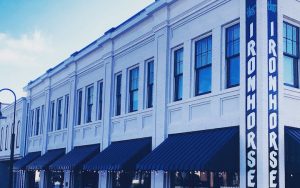 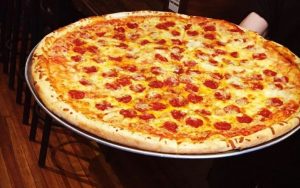