Home » Yesteryear » History » The Beginnings of Change for Black Richmond

The Beginnings of Change for Black Richmond

In the late 1960s, Richmond was the capital city of a racially segregated state, as it had been since its founding in 1781. Laws governing racial discrimination in metropolitan Richmond underwent revolutionary change in 1969 and the eight years following.

In 1969, the City of Richmond was governed by a white majority, a powerful white business aristocracy. Schools and neighborhoods were segregated by race. “Red-lining” was common: mortgage financing for home purchase was unavailable for most black persons. Few African Americans could expect to be employed in jobs where they might supervise white people. Incomes of African American households reflected the patterns established first by slavery and later by segregation, leading to limited home ownership and limited professional employment.

For nearly three centuries, until 1970, policies in the city and state had hampered the upward mobility of most persons of color. City government took actions that were said to benefit the city – sometimes even claiming to be beneficent to black communities – at the expense of black neighborhoods. Between 1950 and 1970, to spur economic revitalization and retard suburban flight, the white leadership of Richmond invaded black communities, tearing down houses and building primitive public housing. Neighborhood lands were cleared for economic development.

In 1969, the Supreme Court struck down Virginia’s dual school system. Since its policy of “Massive Resistance” to Brown v. Board of Education had been thrown out by the courts in 1959, Virginia had allowed a few “carefully selected” African American students to attend formerly all-white schools, while maintaining a dual, segregated school system. Now the systems had to be combined. A federal court ruled that every public school in Richmond had to have the same percentage of black and white students as the whole system. Students were bused all over town to make the percentages work.

In 1969, Richmond made a deal with Chesterfield County to annex territory that contained nearly 40,000 white citizens. A federal court ruled that the actual purpose of this annexation was to maintain a white majority on the City Council. After six years of litigation, the courts accepted the annexation but required that the city establish a ward system for elections. The ward system resulted in the election of a black majority council and Richmond’s first black mayor.

Under the surface, racial division continued. Segregation, like slavery before it, assigned poverty by race, and integration was limited by economic status.

The next few years saw other significant changes.

In 1971, the General Assembly passed a law prohibiting Richmond from annexing any more territory, and white students fled to Chesterfield, Henrico and Hanover.

Population grew in Henrico and Chesterfield. Richmond’s white leadership had torn down most of Jackson Ward and Navy Hill, centers of Richmond’s black economy. Richmond’s downtown retail died, while new major shopping centers – Short Pump and Virginia Center Commons in Henrico, and Cloverleaf Mall and Chesterfield Town Center in Chesterfield – were placed beyond bus lines. Both shopping and entry-level retail jobs became inaccessible to many Richmonders. Segregation by wealth and transportation accomplished what racial segregation laws could no longer do.

The segregation of 1969 is gone. It is illegal. It has been broken. Mixed-race couples walk in suburban shopping centers. Businesses and churches, classrooms and legislative bodies show the multicolored progress of partial racial integration in metropolitan Richmond.

But a high percentage of the minority communities of metro Richmond are still trapped behind barriers built in a time of deliberate racism. Today, at least 75 percent of metro Richmond’s jobs are in the counties and inaccessible by public transportation. None of the major community college campuses are accessible by public transportation. In 2018, Henrico made West Broad Street and the airport available by regularly scheduled public bus. The state still permits Chesterfield and Hanover to prohibit regular service by GRTC on their major arteries.

Educational equity continues to plague the city, because school costs and test scores are directly related to the education level of parents, which is directly related to income. To further complicate the problem, educating children in concentrated poverty costs twice as much as integrated education, though the city’s tax base is already pushing its limit.

People of color understand the barriers that still exist. They know that the issue of race is not cross-racial friendship, but a removal of the structural barriers to healthy life and opportunity.

The Rev. Ben Campbell is an Episcopal priest, pastoral associate at St. Paul’s Episcopal Church and author of Richmond’s Unhealed History. BOOMER recognized Campbell in 2013 as a Boomer & Shaker for his commitment to the Richmond community. Other accolades include 2013 Peacemaker of the Year and Richmond Times-Dispatch 2015 Hall of Fame inductee. He currently serves as a board member of RVA Rapid Transit, which advocates for regional public transportation. 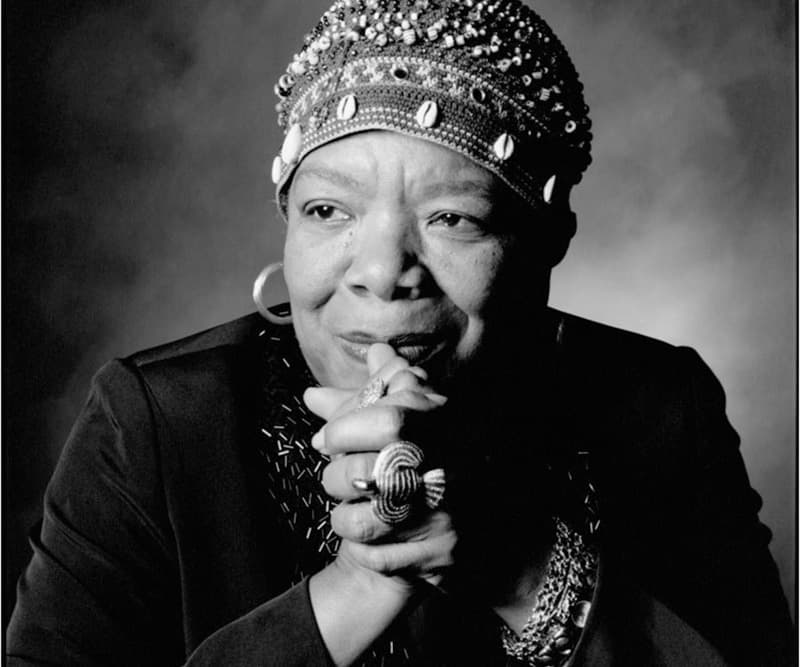 happenings for the black community, including:

Also in 1969, Maya Angelou released her autobiography, I Know Why the Caged Bird Sings, addressing racism, identity and women’s struggles.