Fond memories of flagging down the ice cream man 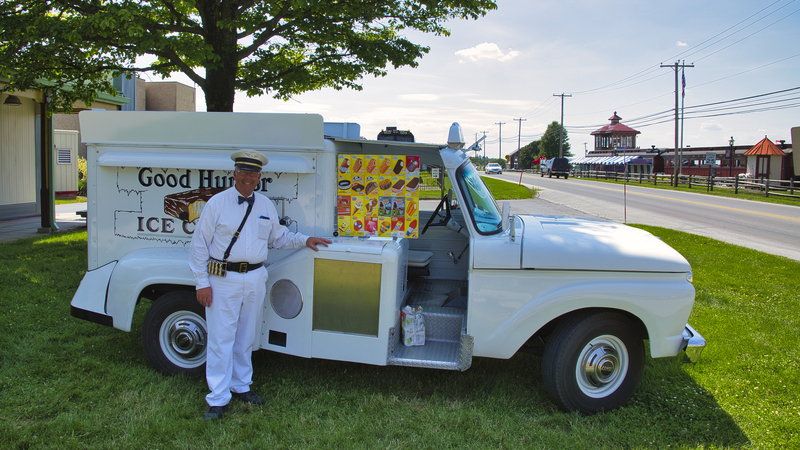 Boomer reader R. G. Begora recalls the childhood excitement when the Good Humor Truck came to the neighborhood. He relates the experience, from hearing the bells to feeling the cold air that wafted from the truck when the Good Humor man got the frozen confection.

When I was a little guy, about four or five, I fondly remember the hot, sweltering days of summer in Detroit. There was no such thing as air conditioning back then, but it was just the way it was.

During the early afternoon, we heard the distinct bells of the ice cream truck blocks away. It was as if my brother and I were on a mission and the clock was ticking. We quickly ran into the house and descended on my mother with unrelenting excitement until she coughed up a dime to just get us out of the house. We knew that if we didn’t move quickly enough, there was the chance that we would miss the ice cream truck. We would stand on the curb and watch the big, white open-air truck slowly work its way toward our staked out position on the street. And it wasn’t just any old ice cream truck. It was the iconic, cab-open Good Humor Truck. The truck was enormous to a four-year-old. For some reason, we always thought there might be a chance he wouldn’t see us, and we couldn’t let that happen. We would frantically wave and jump until the truck pulled over to the side of the road and stopped in front of us. 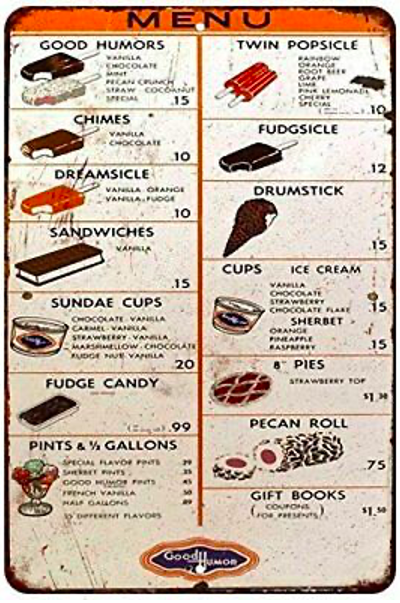 I don’t know if it was on purpose, but the driver would park in such a way as to compel us to put our bare feet on the hot concrete and make us dance through the sales process. The driver had white pants and shirt and a black belt that diagonally crossed his chest, which helped hold up the money changer he was wearing. I can’t remember if he had a hat, but I always remember he was a portly older man. We couldn’t read, so we would have to point to the item on the menu on the side of the truck. Hmm, they always had a picture of the treat next to the name. I wonder if they did that because they knew we were too young to read.

Once the selection was made, the most exciting memory came to life, as the door on the side of the truck was opened by the driver and he would reach into the very back, while a mist of white, ice-cold smoke would pour out of the interior. If we were lucky, we could feel the cool air that blasted from the side of the truck.

I think my favorite was the toasted almond bar, but my memory has clamped onto the experience, rather than the end result. Ah, to think … an ice cream bar for a dime?

My brother and I would sit in the shade and munch on the heavenly treat. Our mom would never let us eat the ice cream in the house. She was a very smart lady. A couple of years later, we moved to the Chicago area, and I never saw a Good Humor truck again. There were always ice cream vendors around and we could hear the bells, but never the big white truck.

Now you might be wondering why I’m bringing up such an insignificant memory. Well, a few years ago, I was visiting my daughter and grandkids in Minnesota and drove by a fully restored Good Humor truck on display on an outside platform. As soon as I saw the truck, the happy memories rushed back and thoughts of happier times growing up in the ’50s. I smiled and remembered that there never was a time that truck missed us because we were quick on our feet. And sadness came over me knowing that my grandkids would never experience the big, white, iconic Good Humor truck.

History of Harry B. Burt, Burt Confectionery, and the creation of the “Good Humor” Bar

Read more childhood memories from Boomer readers in our From the Reader department.